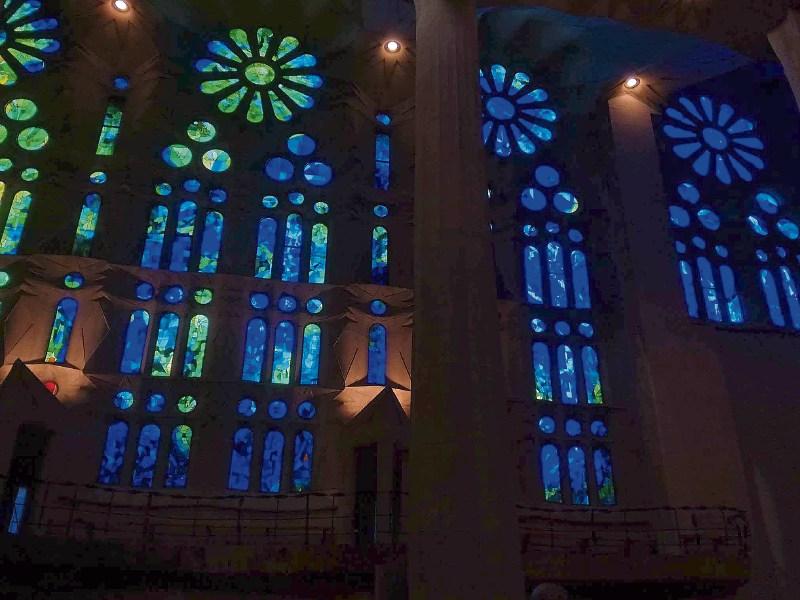 Some of the stained glass windows of the Sagrada Familia

After two weeks of having horrible children who refused to do anything, speak English and who effed me out of it in Spanish every chance they got thinking I wouldn’t understand, to say I was glad to wave them off  on both Fridays doesn’t come close to the joy I felt as those buses drove away. I honestly had never met such difficult people, let alone children before. I came home each day completely drained and unable to do anything besides head straight to bed. My parents thought I’d died since I went over a week with no contact with them. I just didn’t have the energy.

I have great sympathy for every teacher I had who would get frustrated with us and get mad about our inability to listen or follow instruction or just pay attention to them for five minutes while they explained something to us.  I never realised how utterly frustrating and draining it was to try to get people’s attention who have no interest in listening to you or who just out right refuse to listen.

It was for this reason I decided I needed to leave and do something interesting at the weekend to get my spirits back up and take my mind off the fact I might be faced with another bus load of kids with the same temperament the coming week (which I haven’t, thankfully my kids this week are lovely). 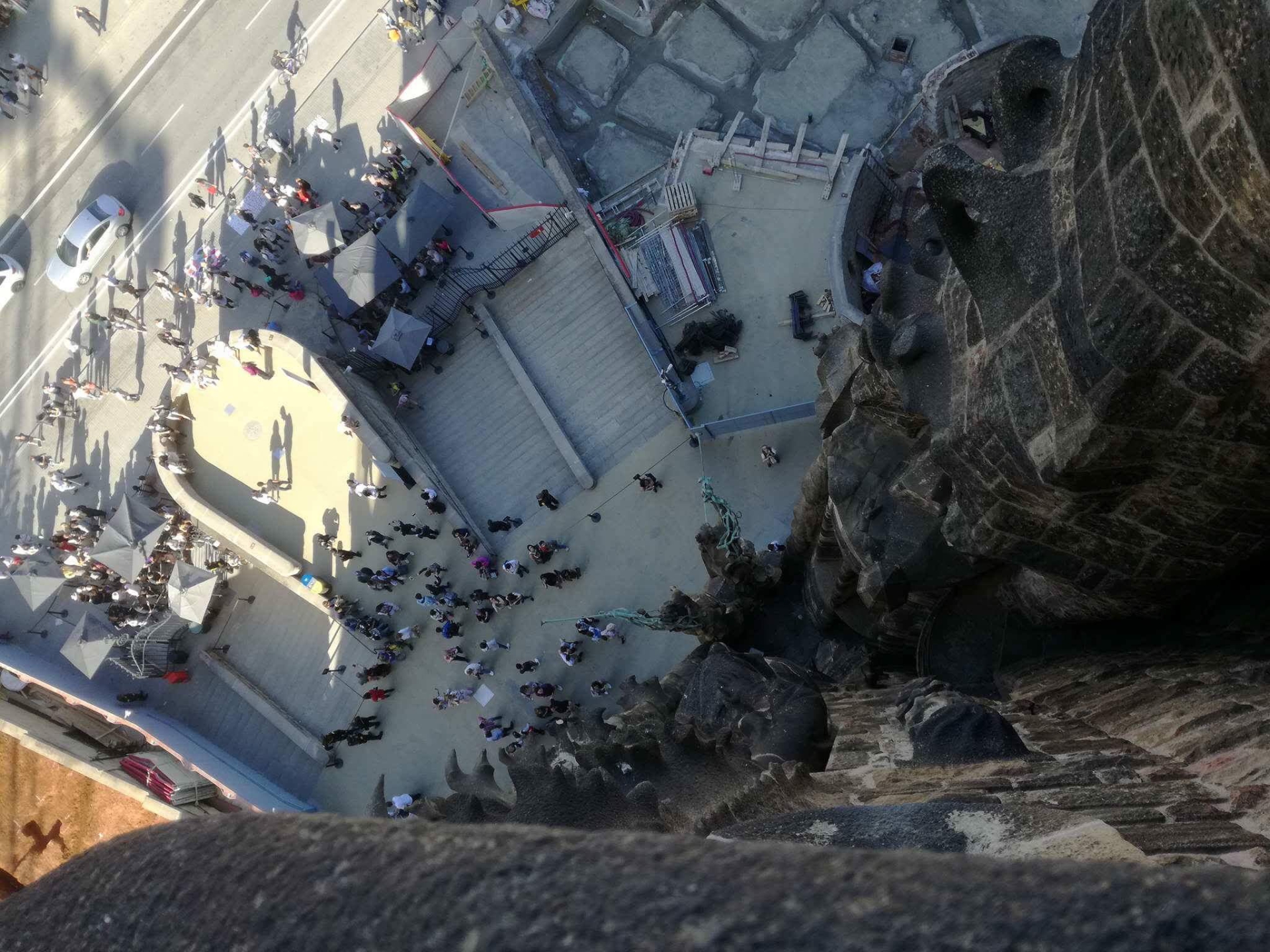 Above: The view from the top of the church.

Myself and three of my friends booked tickets to go to the Sagrada Família. It is a large Roman Catholic church in Barcelona, designed by Catalan architect Antoni Gaudí. It is still under construction one hundred years after it was first commissioned in 1882. I had seen the outside of the church several times from different visits to Barcelona but I had no idea how absolutely beautiful the interior would be. The tickets cost €30, but they were worth every cent.

The building itself is huge and to think that they’re not finished building it is incredible. We selected an audio guide tour so we were able to go around at our own pace and spend as much time as we wanted in the church. Also included in the ticket we bought was the ride up one of the towers to get an amazing view of Barcelona. 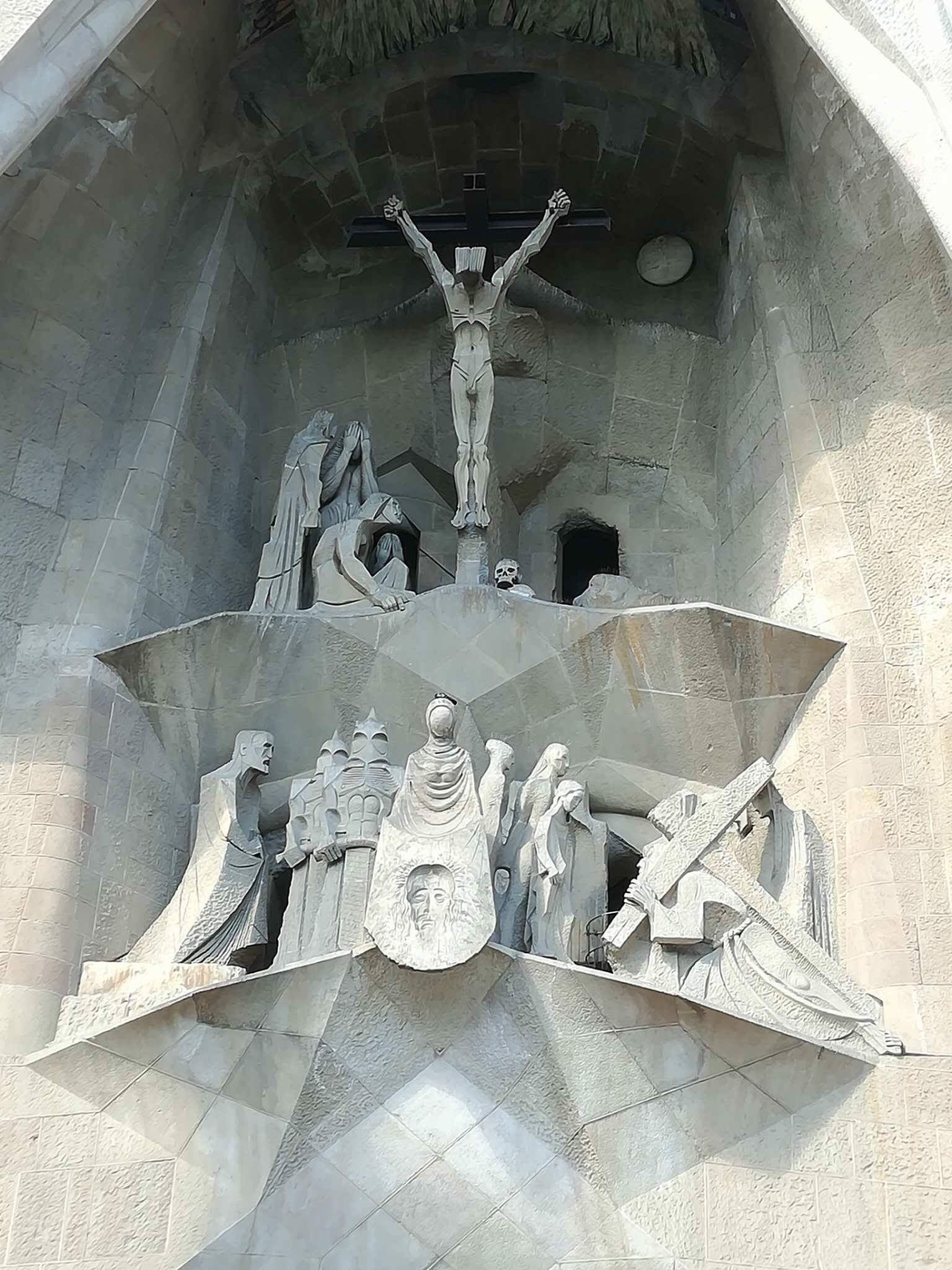 Above: Part of the decoration of the building.

Each part of the church has been filled with such detail. Nothing is there for the sake of it, each item has a purpose. For example, the doors in the photo are decorated in passages from the Bible translated into Catalan.

The interior and exterior of the church are decorated in three facades: the Nativity, the Passion of Christ and Glory Façade (which only began construction in 2011). Gaudí was aware he would not live to see the completion of his masterpiece however he knew by starting with the Nativity Façade it would set the premise for others to continue his work after he died. And he was right.

No photo is able to capture the beauty of this place or do it any bit of justice. It is definitely worth a visit. I hope to return when construction is finished and hopefully be there for the final unveiling of the finished piece because it is spectacular. 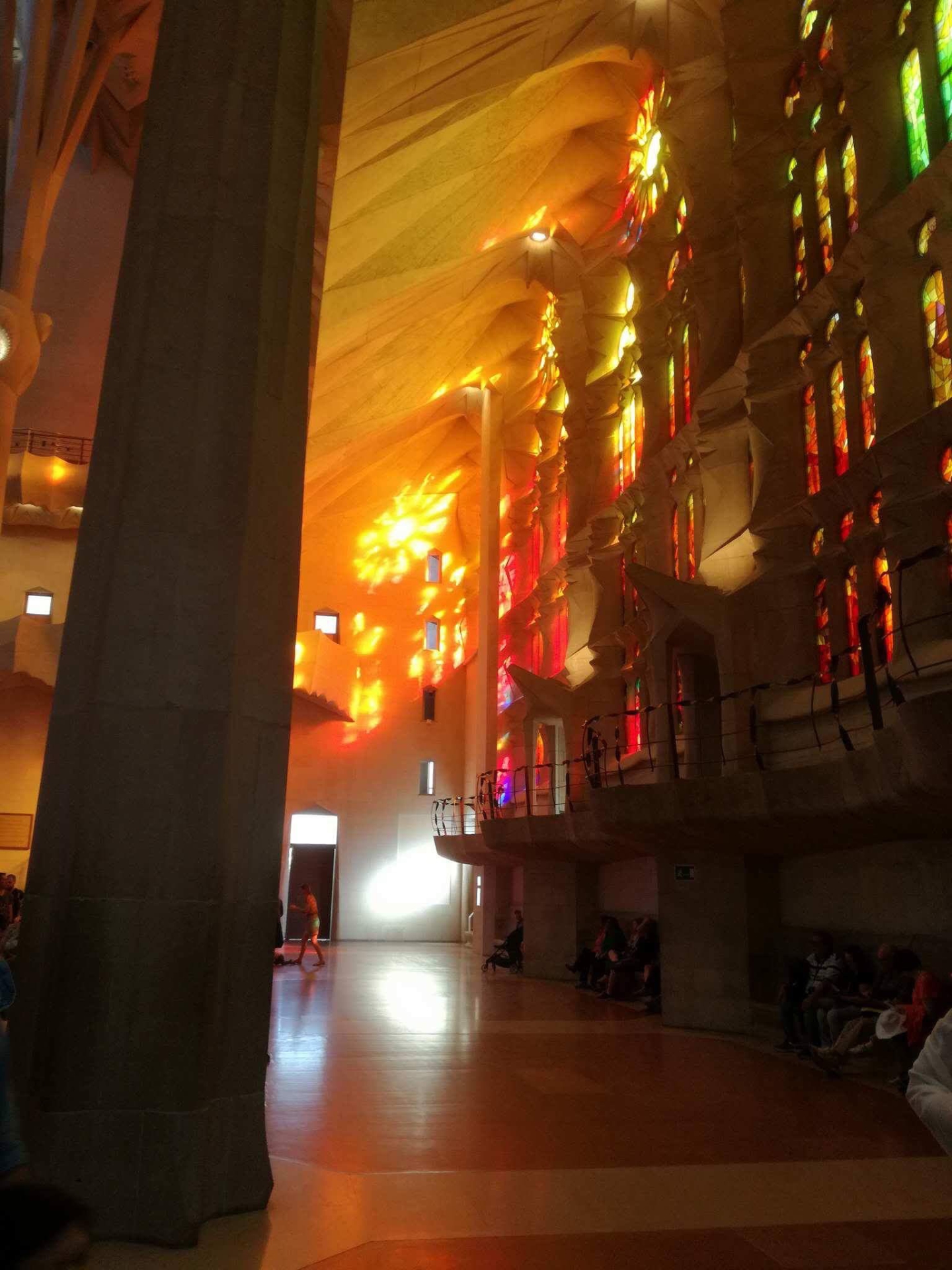 Above: Inside La Sagrada Familia