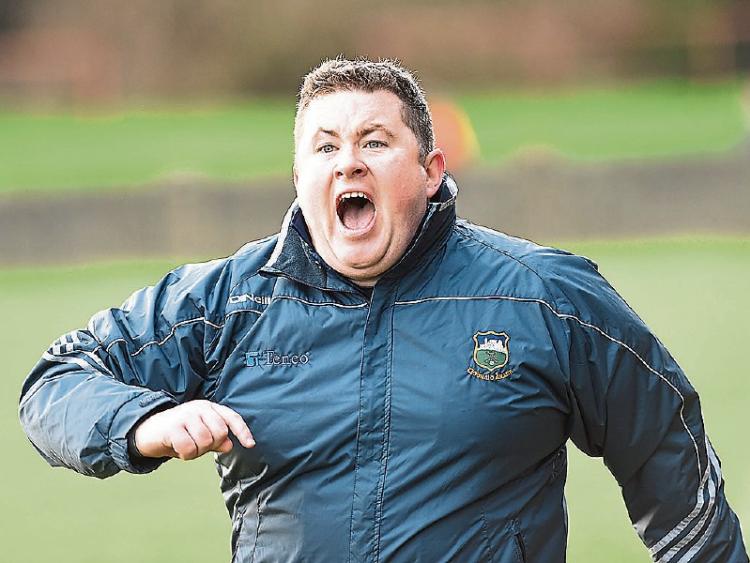 With five games played and just two remaining in this year’s National Football League, Tipperary senior footballers now find themselves in a very tight corner from which they must extract themselves to avoid a second successive relegation.

What is now known at this juncture is that there will be no immediate return to Division 2 for the Premier County, their 3-12 to 3-7 defeat at Pearse Park, Longford last time out saw to that. Also with this year’s championship breaking into two tiers for the first time, one route that Tipperary had to secure their place in the Sam Maguire pot was to gain promotion; it leaves them now needing to qualify for the Munster final to keep that hope alive.

On Sunday next Offaly come to Semple Stadium for Tipperary’s third and final home game of the seven-game campaign; the following Sunday Tipperary will travel to Carrick- on-Shannon to face Leitrim.

With Offaly (5 pts) and Leitrim (3 pts) both still in the relegation mix there is now little wiggle room left for David Power’s side as they desperately strive to retain Division 3 status in his first year as county senior football manager.

A promising enough start to the league which included a home draw with Down in Clonmel and then a win in Drogheda against Louth seemed to set Tipperary up for a run at promotion. However three successive defeats, away to Derry, at home to Cork in Thurles, and away to Longford last Sunday week leaves Tipperary third from the bottom with just three points, the same as Leitrim who they lead on scoring difference, with Louth still pointless at the bottom and all but mathematically relegated already.

There are quite a few permutations of results for Tipperary that may or may not keep them up, but one thing for sure is that the best way they can make certain of staying in Division 3 is to do it for themselves with two good performances with their backs to the wall in these final two games.

Leitrim travel to Down next weekend and most would be expecting the Mournemen, who are still in with a big shout for promotion, to prevail there. If Tipperary can overcome Offaly in Thurles it would move them level on five points with Offaly and two clear of Leitrim.

However, on Sunday week Tipperary must travel to Carrick-on-Shannon, where the home side could still trump Tipperary if they win because in the event of TWO teams finishing level on points the issue will be decided on the head-to-head result.  And therein lies a danger for Tipperary that only they themselves can take care of.

On the flip side of that argument, all would not be lost after Sunday should Tipp lose to Offaly, with a possible last day salvation available to them should they succeed against the Connacht side at McDiarmaid Park.

Just some of the ifs, buts and maybes that will be somewhat clearer by Sunday evening next.

For a whole host of reasons though it is imperative that Tipperary do take on this two-game do-or-die challenge and come out the right side of it. A return to Division 4 football from which they emerged under Peter Creedon’s management in 2014 is unthinkable considering the journey Tipperary football has been on at senior and underage level in recent times, including an All-Ireland senior semi-final, an All Ireland under 21 final, and a All-Ireland minor final.

Playing the likes of London, Wicklow, Carlow and Waterford in Division 4 in 2021 - as honest as these football counties are - isn’t what some grandiose dreaming had in mind for the future of Tipperary football in those halycon days of 2015/2016 when as a county we were punching well above our normal weight.

What we must produce on Sunday next, for the full 70 minutes, is a performance like Tipperary showed they are capable of against Cork in the first half in their last home game. Going in at the break, against the Division’s top side, Tipp led by three points with eight players on the scoresheet. Cork stole a march in the second half to eventually win by 3-13 to 0-21, but it clearly demonstrated the pitch to which Tipperary can hit when they get into the tempo.

Likewise in patches against Longford the last day they showed their capabilities even in defeat, finishing strongly and with a good attitude of chasing a game even when they looked beaten. Those two attributes are vital for any team that finds themselves in an end-of-season dogfight.

Goals also have been a big problem for Tipperary who up until the Longford game had failed to find the back of the net in their four opening games. Having sorted that issue with three against Longford it is hopeful that on Sunday next that we can prise open a mean Offaly defence who have kept clean sheets in four of their five games thus far, in the other game they conceded two away to Louth, so the possibility is there.

It’s now or never for Tipperary footballers to start producing results and hopefully a trend that has seen just one win in their last six home games - last season against Donegal in Thurles - can be arrested. While a win against Offaly may not copper-fasten survival just yet, it would nonetheless set the team up in the right frame of mind for the vital trip to Carrick- on-Shannon on Sunday week with momentum always a vital component in sport.