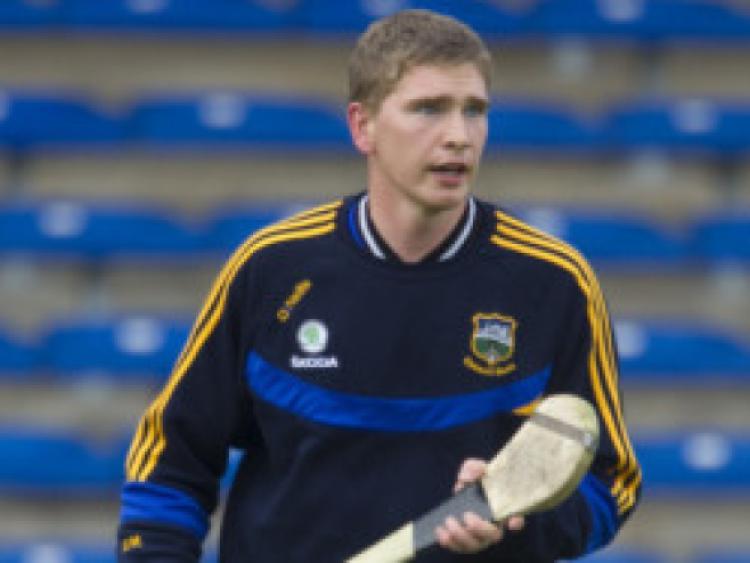 Tipperary County Board has announced that the senior hurling management team have appointed Brendan Maher (Borris-Ileigh) as captain and Noel McGrath (Loughmore Castleiney) as vice captain of the Tipperary senior hurling team for 2014.

Tipperary County Board has announced that the senior hurling management team have appointed Brendan Maher (Borris-Ileigh) as captain and Noel McGrath (Loughmore Castleiney) as vice captain of the Tipperary senior hurling team for 2014.

Brendan Maher was born on January 5th, 1989 and plays for the Borris-Ileigh club.

Brendan’s first Championship start came at left half-back in the 2009 All-Ireland semi-final vs. Limerick. Brendan was an ever present at midfield in the 2010 All-Ireland Championship, helping Tipperary to capture the All-Ireland title and scoring 2 points from play in the final.

Brendan played for the Tipperary Minor Hurlers for three years, winning 2 All-Ireland Minor medals in 2006 and in 2007 (as captain). Brendan has also a Munster Minor Hurling medal in 2007 and 3 Munster Senior Hurling medals (2009, 2011 and 2012). Brendan scored 0-12 from play in the 2007 All-Ireland Minor Hurling Championship campaign following up from his contribution of 1-4 in the 2006 campaign. Brendan was the second player from the Borris-Ileigh club to captain a Tipperary Minor team to All-Ireland success, following in the foot steps of Paddy Kenny in 1947. Brendan lined out with the Tipperary Under 21 Hurlers in 2007, 2008, 2009 and 2010, winning Munster medals in 2008 and 2010 and an All-Ireland medal in 2010, playing at centre-back in the final. Brendan was won an All-Star award at midfield in 2010 and also captured the 2010 Young Hurler of the Year award. Brendan was shortlisted for the 2010 Bord Gáis Energy Breaking Through Player of the Year award. Brendan lined out with the Munster hurlers in the Inter-Provincial Championship in 2012 and 2013, winning a medal as captain from midfield in 2013. Brendan was Vice-Captain of the Tipperary Senior Hurling team in 2013.

Noel won the RTE man of the match award in the 2010 All-Ireland Senior Hurling semi-final versus Waterford, scoring 7 points, 5 from play in the centre-forward position. He won an All-Ireland Senior Hurling medal in 2010, scoring a goal in the final against Kilkenny. He also won an All-Ireland Under 21 Hurling medal in 2010, scoring 1-3 in the All-Ireland final defeat of Galway. Noel won the 2010 GAA Player of the Month award for August, sponsored by Vodafone. The award followed McGrath’s stunning display in Tipp’s impressive 3-19 to 1-18 victory over Waterford. McGrath hit five outstanding points from play against the Deise as he won a crucial battle against Michael ‘Brick’ Walsh.

Noel lined out with the Tipperary Minor Hurlers for three seasons, winning All-Ireland medals in 2006 and 2007, a Munster Minor medal in 2007 and a Munster Under 21 Hurling medal in 2010. Noel won the RTE man of the match award in the 2007 All-Ireland semi-final victory over Kilkenny. He played an impressive role as a second half substitute at wing-back in the 2006 All-Ireland semi-final defeat over Kilkenny. In all, Noel played 11 Championship matches for the Tipperary Minor hurlers, scoring 1-34 (0-15 frees, 0-2 sideline cuts, 1-17 from play) in total.