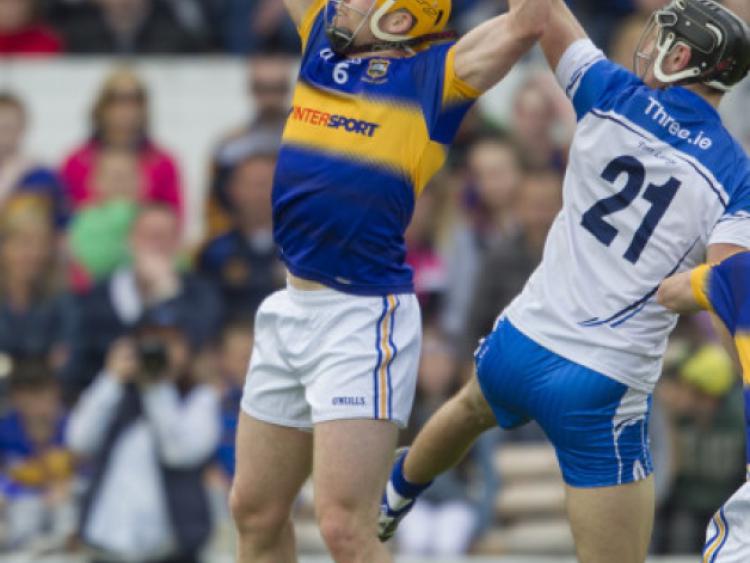 An emotional week for

An emotional week for

Tipperary hurling ended on an unhappy note when they were were beaten by Waterford in Sunday’s National Hurling League semi-final at Nowlan Park.

The one-point defeat scuppered their bid for a third successive final appearance and leaves them kicking their heels for nine weeks before their next competitive match, the Munster Championship semi-final against either Clare or Limerick in Limerick on June 21.

Tipperary had run the full gamut of emotions in the build-up to this game. First there was shock and concern at the announcement of Noel McGrath’s illness, the mood subsequently lifted to some extent by the overturning of Seamus Callanan’s suspension and Lar Corbett’s recovery from a knee injury in time to rejoin the panel.

They appeared destined for a final meeting with Cork on the May Bank Holiday weekend when they twice led by 7 points in the first half. But they badly lost their way on the turnover as a spirited revival brought Waterford into the picture before earning them a surprise yet deserved win.

However it was no surprise that Nowlan Park was the venue for Tipp’s defeat. The Kilkenny stadium, which on Sunday was bathed in spring sunshine for a double bill enjoyed by an attendance of 16,445, has become for the Premier County the opposite of a happy hunting ground, whatever that is. This latest defeat followed similarly disappointing setbacks against Kilkenny in the league and championship in recent seasons.

Full of poise, purpose and style in the first half, Tipperary were ahead by 2-8 to 0-11 at the interval. Yet in the second half they were found wanting when it came to rolling up their sleeves and doing the dirty work. Throughout the earlier rounds of the league - apart from the opening day defeat to Dublin - Tipp were always up for a fight, especially against Cork, Kilkenny and Galway. On Sunday, though, they failed to respond when Waterford got in their faces and upset their free-flowing rhythm to record only their second victory over Tipp in their last eight league meetings.

Tipperary capitulation in the face of aggression is a character-flaw that their supporters have witnessed all too often in the past.

Despite that they still had the opportunities to at least force extra time. They led for almost three quarters of an hour, from the 8th to the 52nd minute, until Waterford struck for their goal. Substitute Shane Bourke failed to retain possession and when the ball was ferried downfield Colin Dunford rounded Paul Curran before shooting past Darren Gleeson. The Tipp goalie was criticised for his attempt to save the shot but, carrying an injury that saw his leg heavily bandaged, the wisdom of lining out with a player who was ruled out earlier in the week has to be questioned.

The goal gave further impetus to Waterford’s growing momentum. Eamon O’Shea said that his team lacked energy after a heavy week on the training pitch, which was strange and unusual preparation for a semi-final, and it certainly looked that way as they lost their shape and became very ragged in the closing stages. The deadeye Pauric Mahony - he scored 13 points (12 from placed balls) from as many attempts - added two frees for the Deise and in between those scores their goalie Stephen O’Keeffe made a great save from Niall O’Meara.

O’Meara shot wide, a Seamus Callanan effort fell short and Ronan Maher drove his third wide of the second half as Tipp desperately tried to rally. To their credit they succeeded in drawing level with the next four points - Conor Kenny scored from play, Seamus Callanan landed two frees and Padraic Maher - who carried his side for much of the game - equalised with a monster effort from the middle of the pitch.

The tie was now balanced on the proverbial knife edge and Waterford won it in the last minute of normal time when that man Pauric Mahony, inevitably, found the target from a free, awarded after Kevin Moran was judged to have been fouled. Tipp didn’t make full use of their ample possession before that score to carve out a decent scoring opportunity and they made a hash of a late sideline, correctly awarded instead of a ‘65 by referee Barry Kelly, but by that stage they were merely clutching at straws.

Waterford started the brighter with two early scores from Pauric O’Mahony, a ‘65 followed by a free, only for Tipp to take the lead with their first meaningful attack in the 5th minute, when a long delivery was broken by Seamus Callanan and Bonner Maher hared clear to shoot to the net. Pauric Mahony responded with another free but Tipp opened up a 7-points advantage with an unanswered 1-4. The goal, which arrived in the 13th minute was a thing of beauty, Jason Forde skilfully controlling Darren Gleeson’s puckout before passing to Brendan Maher, who laid the ball off for Bubbles O’Dwyer to bat it to the net with one hand.

At that stage Tipperary’s attack was typically fluid, slick and incisive while Michael Breen, Padraic Maher and Ronan Maher were surefooted in defence. Points from Niall O’Meara and three from Seamus Callanan (including two frees) complemented O’Dwyer’s goal. However the forwards’ influence waned in the second half; Bubbles O’Dwyer departed 10 minutes after the re-start with a suspected broken finger while Bonner Maher, Jason Forde and Niall O’Meara all faded, although Brendan Maher and Seamus Callanan continued to work hard.

Tipp re-established a 7-points advantage 11 minutes before half time when the industrious James Woodlock scored. However Waterford took much closer order with a string of points, three from Pauric Mahony and one from Colin Dunford. Another sign of Tipp’s growing discomfort saw the starting full back line - Paddy Stapleton, Conor O’Mahony and Paul Curran - all receive yellow cards in the last seven minutes of the first half.

Waterford’s team gradually assumed a more traditional shape, as opposed to the first half when Maurice Shanahan operated alone in the full forward line.

Whatever their formation their hurling gradually became braver, more gutsy and more direct with Jamie Barron, Maurice Shanahan, Tadhg de Burca, Pauric Mahony, Kevin Moran and Austin Gleeson spearheading their revival. Derek McGrath’s team is shaping up as one of the dark horses of the year and can now look forward to a league final against Cork at 3.30 in Thurles on May 3, which will be a dress rehearsal for their Munster Championship semi-final at the same venue on June 7.

This was a setback but no more than that for Tipperary. The return to full fitness of several players including Kieran Bergin (how they missed his influence on Sunday, especially in the second half), Bubbles O’Dwyer, James Barry, Cathal Barrett, Lar Corbett and hopefully Noel McGrath - will be eagerly awaited as they now train their sights on preparing for the championship.