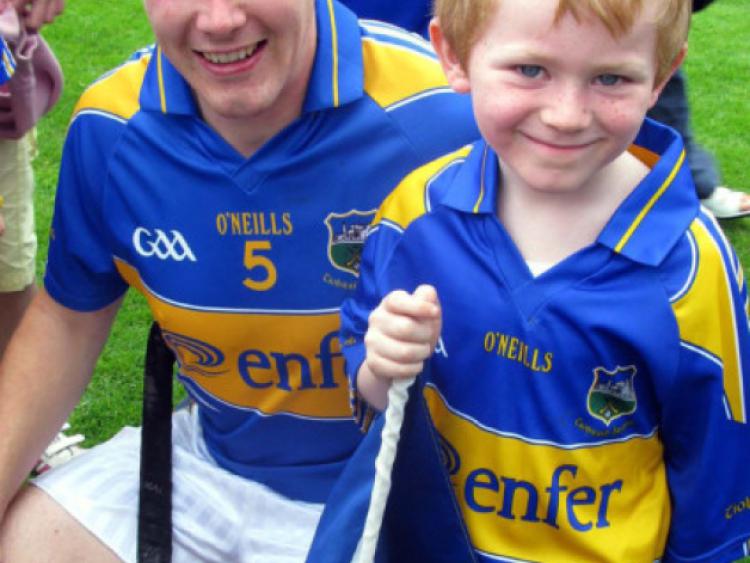 victories over Limerick, Cork, Clare and, of course, Kilkenny in a superb All-Ireland final at Semple Stadium.

Fethard’s Michael Ryan guides the fortunes of the Tipperary intermediate team once more this year and is joined on the management team by coach Michael Ferncombe (Holycross-Ballycahill) and selectors Seán O’Meara (Shannon Rovers) and Eamonn O’Dwyer (Arravale Rovers). And, this week Michael Ryan was eager to highlight the fact that supporters who make the effort to get to Semple Stadium on Friday night will not be disappointed by the quality of hurling on show.

“Definitely; that is right, especially with the hurlers that we will have out there on Friday night,” Michael Ryan told the Tipperary Star.

“I suppose with the mood the way it is and with the way the thing is gone now within the county people are looking for these new players to be there (for the senior team) and I don’t think people will be disappointed with the quality of players that will be on view. Afterwards we hope that some of these players can make the next step up. We hope that can happen, but our main aim right now is to try to win the Munster final. There is a great quality of player there now and some of them might the type of player that Tipperary are looking for.”

Cork, who last claimed the Munster intermediate title in 2010 (their 13th, Tipperary have eight titles), beat Clare (2-13 to 1-9) in their semi-final thanks to two goals from Colm Casey. Clare, featuring the majority of the team which pushed Tipperary hard in 2012 entered that contest as favourites, but Cork, captained by former senior goalkeeper Martin Coleman, proved the far superior side. Indeed, manager Michael Ryan is pleading with Tipperary hurling people to come out in force to support his side.

“It is a Munster final against Cork and we are going to need that support. They are probably going into it as favourites since they beat a very-fancied Clare team in the semi-finals,” Michael Ryan explained.

“We thought we would be playing Clare this year. They had most of that team (2012) again so when Cork beat them handy that surprised people. Going on last year’s form we were expecting Clare to do well. We saw Cork. They are very big, physical team full of big men and they play a traditional style of direct hurling. They will be a hard team to beat, but I think that with the preparation we have done and with the mood in the camp that we will be well up for it and try to match them on the night. A bit of support would be a huge help on the night as well,” Michael Ryan said.

“We are really looking forward to the final now and it’s great to have it in Semple Stadium as well. I know that it is two nights after the under-21 game for our supporters, but still I think it will be an interesting contest and that people will come out to support the team against a very good side,” Michael Ryan added.

In their respective semi-final Tipperary saw off Limerick (0-20 to 0-15). In boiling hot conditions at Páirc na nGael the Shannonsiders set a hot pace and raced into a 0-3 to no-score lead, but once Tipperary settled down to their work the home side struggled to cope. Indeed, Tipperary led 0-6 to 0-5 after nineteen minutes, were 0-10 to 0-8 clear at the break and managed to keep Limerick at arm’s reach for the duration of the second half.

In that encounter Thurles’ Denis Maher enjoyed a fine outing as did David Young, Micheál Butler, Willie Ryan and Timmy Hammersley while Joey McLoughney looked the most obvious candidate for man of the match.

Since that semi-final Denis Maher has departed for the United States, but Carrick’s Danny O’Hanlon, Thomas Butler (Clonoulty-Rossmore) and Upperchurch-Drombane’s Pat Shortt represent significant additions to the panel.

Indeed, Michael Ryan insists that the mood in his camp is positive: “It has been very good. We played the Galway under-21s in a challenge. They beat us by a few points, but that was a very good work out. We were missing a few that night. Last Sunday evening (July 7th) we played the Tipperary under-21s in a good workout and a good game which would have benefitted both camps I would say. We have trained well and the new additions have really bought into what we are doing and added greatly to it as well. I would say that the mood in the camp is good now, very good.”