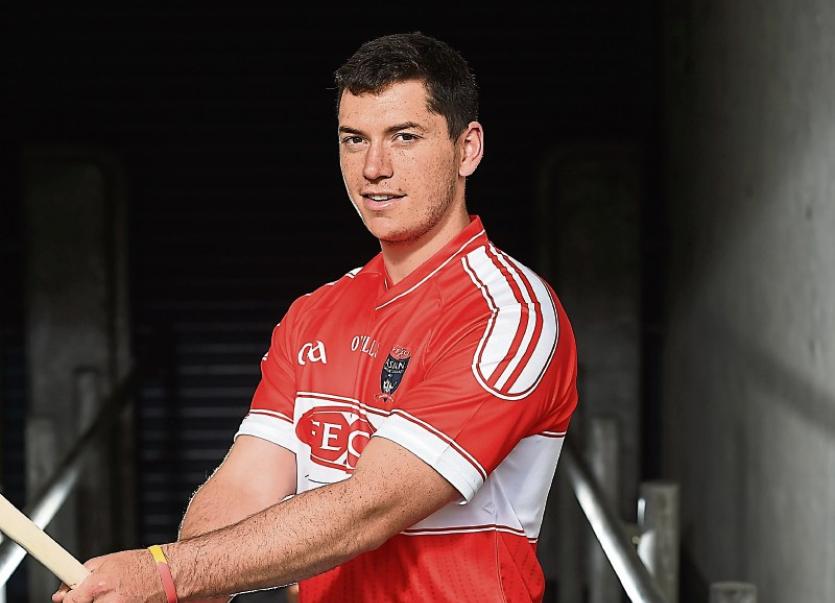 John 'Bubbles' O'Dwyer has been in fine form for the Tipperary hurlers. who take on Kilkenny in the Allianz National Hurling League at Semple Stadium on Saturday evening.

The Tipperary hurlers' impressive start to the season, which has seen them establish a one hundred per cent record after three rounds of the National League, will undergo a severe examination on Saturday evening when Kilkenny visit Semple Stadium for a re-match of last year's All-Ireland Final.

The match starts at 7pm and will be a double header, with the Tipp footballers entertaining Longford at 5pm in their re-arranged National Football League game.

The footballers and hurlers were scheduled to play a double header in Thurles last Sunday. However, while the hurlers' clash with Clare went ahead, the football match against Longford was postponed at lunchtime on Saturday because of fears for the Semple Stadium surface, although the pitch held up remarkably well considering the heavy rainfall of the previous week.

Brendan Maher, who sustained a shoulder injury against Clare last Sunday, isn't expected to be available this weekend and the Tipp hurlers could also be without Niall O'Meara and Donagh Maher. Both players had to leave the pitch when they suffered knocks to the head on Sunday and the protocols regarding concussion injuries could rule them out of the Kilkenny game.

Following the win over Clare Michael Ryan said "Kilkenny gathering points is hugely important for them next week, and we love a chance to play against Kilkenny, it's always a ding-dong battle, so we'll be trying to give up nothing either. We'll just try and continue as we are at the moment".

Kilkenny beat Cork by 0-22 to 0-15 at Nowlan Park on Sunday to suggest that rumours of their demise had been exaggerated, after they suffered a heavy defeat to Clare in the previous round in Ennis and were beaten by Waterford in their opening game.

The Tipp footballers, meanwhile, will be glad to return to competitive action on Sunday. However the postponement of last weekend's match means that they will have to line out for the next four weekends, as their bid for promotion from Division Three gathers pace.

They play Longford this weekend, followed by Offaly (away), Louth (at home) and Armagh (away), while the Division Three Final will be played the following weekend, on April 8th.