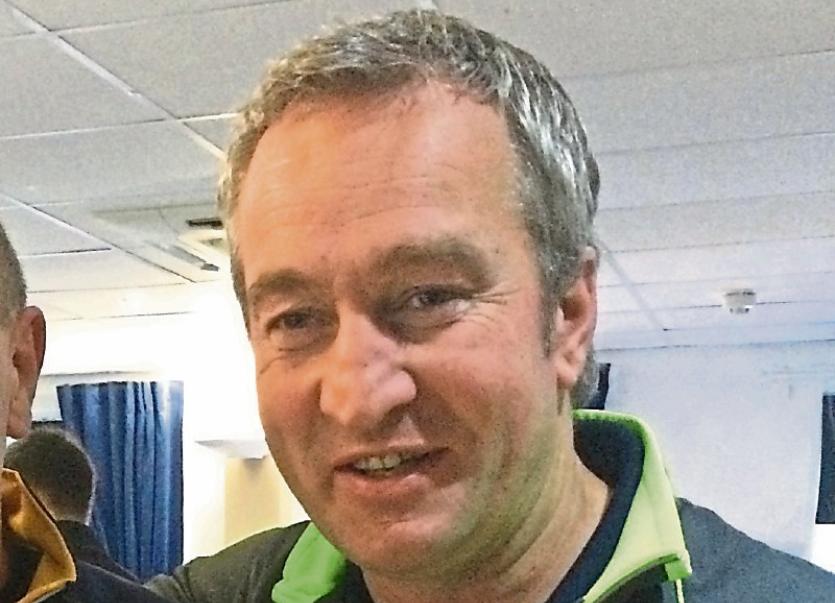 Tipperary manager Michael Ryan said it would have been very hard on either his team or Kilkenny to have left Thurles on Saturday night without taking something from the National Hurling League game.

And he said that the match, which ended all square after an exciting 2-17 to 3-14 draw, provided great data for both teams.

When asked if it was a good point or a bad point for Tipp, he replied "I think that's a great point, I think it's a very fair reflection of the game. We've often lost those tight ones. I thought it gave and gave and gave, (it was) a really, really good game.

I was delighted. I think those are the games that really give you a very good measure of where you're at at this point in time, and remember, it's only 11th March.

We give out about it at times but it's a great league.

We missed chances and so too did Kilkenny. The chances fell to both sides, and in fairness I thought both sides were so evenly matched, they worked so hard to try and eke out that final score to try and turn it back in one or the other's direction.

It was a really sporting game, no quarter given or asked and a great advertisement for how to play the game.

It had it all, considering it was a night-time game. I'm not a fan, it's fair for both sides though, if you get blindsided you can be sure the guy you're marking is a little blindsided too.

I think the crowd played a very big part in that game, they got into it and it adds to the atmosphere. I think our boys - and I'm sure it's the same down in the Kilkenny dressing room - they've been in a game, but a great game for March.

I thought it was a real match and it had a bit of everything, so thumbs-up to both sets of players".

What did the Tipp manager think of those who had been lining up to write Kilkenny's obituary, after they lost two of their first three league games?

"Ye might write about it (Kilkenny's supposed demise) but ye didn't believe it. Those boys are not written off or anything like it, they have been at this point over the last 15 years, on how many occasions. It takes two really good teams to go out there and serve up that kind of a game, and we got away on them, we were well away in the first half but in typical Kilkenny style they came roaring back into the game.

They're just a quality side, we know that, there's no secret about that.

The facts of the matter are that we're not miles ahead of the rest, and who doubted that Kilkenny were going to come up here and play a top-class game and almost go home with the spoils. We've seen them do that time and time again.

It doesn't bother us one way or the other, there are all sorts of comparisons being made, but in the top tier of hurling the four or five teams that are contesting are well capable of taking points off each other in this league, or knocking each other out of the championship.

So I would never get carried away with it, it's still March. We've lots of work to get on with. And the competition within our squad, we need that to be at the level it's at and we need to try and create more opportunities for fellows to get a chance to show their wares".

When it was put to him that Tipp had nine different scorers, Michael Ryan said "we'll take that, it's the ones that really matter at the end that are the precious ones. There were some great scores at the end of the game from both sides. TJ Reid's goal from play was outstanding, not to mention the two penalties, they weren't too bad either.

Mistakes happen, but not for the want of trying to do the right thing. (For) the first penalty, I hadn't a very good view of it, but I do think Mikey Cahill did probably interfere with the forward and that's a penalty.

The second penalty was very clear cut, which was disappointing, because you're playing Kilkenny and they have TJ Reid standing over the ball, and it looked to me as if our goalie never moved, that's not a criticism, he (Reid) is an outstanding striker of the ball".

On the injury situation he said "Brendan Maher has picked up a grade one a/c injury on his shoulder (against Clare the previous week), he's going be out for two to three weeks at least, which is unfortunate for him because he was in a really good vein of form and enjoying his game.

But these things happen, at least it's nothing worse than that. We lost Donagh (Maher) as well, we actually thought Donagh wasn't bad at all after last weekend, but it turned out he has mild concussion so protocol has kicked in straight away but look, that's part and parcel of it,

For those two that missed out, two fellows were going yipee.

Cathal Barrett is making great progress, Cathal is chomping at the bit, he'll be hard to hold. In the next two to three weeks we should see Cathal back on the pitch. Jason Forde made great progress (from a hamstring injury) and we could get him on the pitch there tonight, which is great".