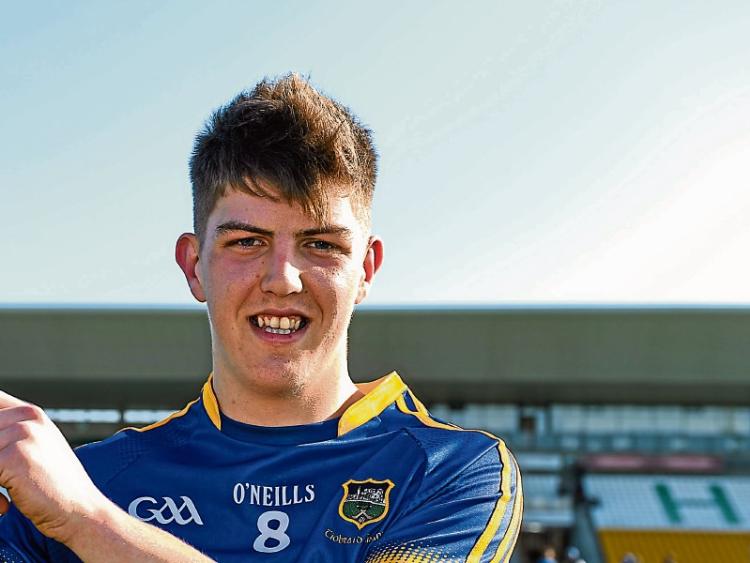 Steven O'Brien has made a good impression for Tipperary during the National Hurling League.

Tipperary approach Sunday's final group game in Division 1A of the Allianz National Hurling League safe in the knowledge that whatever happens against Cork at Páirc Ui Rinn, they have already secured their passage to the quarter-finals.

With seven points from their first four games, Tipp are also guaranteed to finish top of Division 1A.

This is a bonus to their qualification and means they have what will be considered a favourable draw in the last eight with either Laois, Offaly or Kerry providing the opposition.

The quarter-finals will be played on the following Saturday and Sunday, April 1st and 2nd, at venues to be decided.

With that in mind, and with the other teams in the top tiers meeting to sort out the other quarter-final berths, as well as the small matter of relegation, Tipp manager Michael Ryan is likely to shuffle his pack for a match that will be a dress rehearsal for the counties' Munster Championship quarter-final clash at Semple Stadium on Sunday May 21st.

Tipp started ten of last year's All-Ireland Final-winning team for their last game against Kilkenny a fortnight ago, although it would be a surprise if they field such a strong side on Sunday for a game that will start at 3pm.

After that exciting draw against Kilkenny at Semple Stadium, Michael Ryan said they didn't "overthink" the table, and that the focus was more about what they could learn from the games and how many players they could get on the pitch.

He has been true to his word, as 27 players have appeared in either the starting line-ups or as substitutes in the four games so far which, as well as the draw with Kilkenny, have seen them beat Dublin, Waterford and Clare.

Michael Ryan will be pleased that the competition for places within the panel is keen, as they have made an impressive start to a journey that they hope will culminate next September with a successful defence of their All-Ireland title.

"They (the players) really do push each other", he said after the win over Clare.

"The training is really good and it's very early days yet as well. They're very competitive, they bring the best out of each other.

The biggest opportunities (for players) are here in training every Tuesday, Thursday and Friday and whatever days we meet, and really that's the springboard for these guys".

The joust with Kilkenny was the toughest test they've had this spring, and while it was arguably a match that they should have won the draw wasn't the worst result either.

If nothing else it helped dampen some of the hype that had been building around the team, and which Michael Ryan has been keen to downplay.

Nonetheless he'll be pleased that nine players contributed to his side's tally of 2-17, in contrast to the four players who were responsible for Kilkenny's 3-14.

The Tipp boss will also be satisfied with the mental toughness his team showed when Cillian Buckley put Kilkenny ahead late in the day, only for substitute Steven O'Brien to pop up with the equaliser.

O'Brien was the great enigma of Tipp hurling last year, after he was recruited from the football panel and was restricted to just a late substitute's appearance against Clare in the league quarter-final defeat.

This season the wing forward has enjoyed a run in the side and has repaid that faith by scoring 7 points from three starts and that substitute's appearance against Kilkenny.

And while Michael Ryan says that the player himself would be the first to admit he's not the finished article, he will have been pleased with his contribution so far, as well as those of other fringe players such as John O'Keeffe, Tomás Hamill, Joe O'Dwyer, Niall O'Meara, Kieran Bergin and goalkeeper Daragh Mooney, who has started every game so far.

So the early season report is largely positive. However, as Michael Ryan has been at pains to stress, it's still only March.

You need only take a look back to this time twelve months ago, a stage when Waterford and Clare were probably the best teams in the country. Yet neither ended up winning either the provincial or All-Ireland championship.

Meanwhile, Cork are joint second in the table along with Clare and Waterford, with all three teams on four points. The Rebels have mixed the good with the bad this season, most notably beating Waterford by 1-21 to 1-13 in their last game at Walsh Park, as well as defeating Clare and losing to Kilkenny and Dublin.

While their form has been patchy there's surely no greater motivation for any Cork team than the sight of the Tipperary jerseys, and they'll be anxious to give a good account of themselves on home soil especially.

Young players Shane Kingston, the son of manager Kieran Kingston; Luke Meade and Mark Coleman have established themselves in the side and have been welcome additions this season.

That was also a match in which Michael Cahalane, who was introduced for the injured captain Alan Cadogan before half time, scored a point in what was his first senior league appearance for just over three years, after a long lay-off through illness.