Careful now! Shane Lowry delighted to get his golf clubs back after invoking Father Ted while the search was on 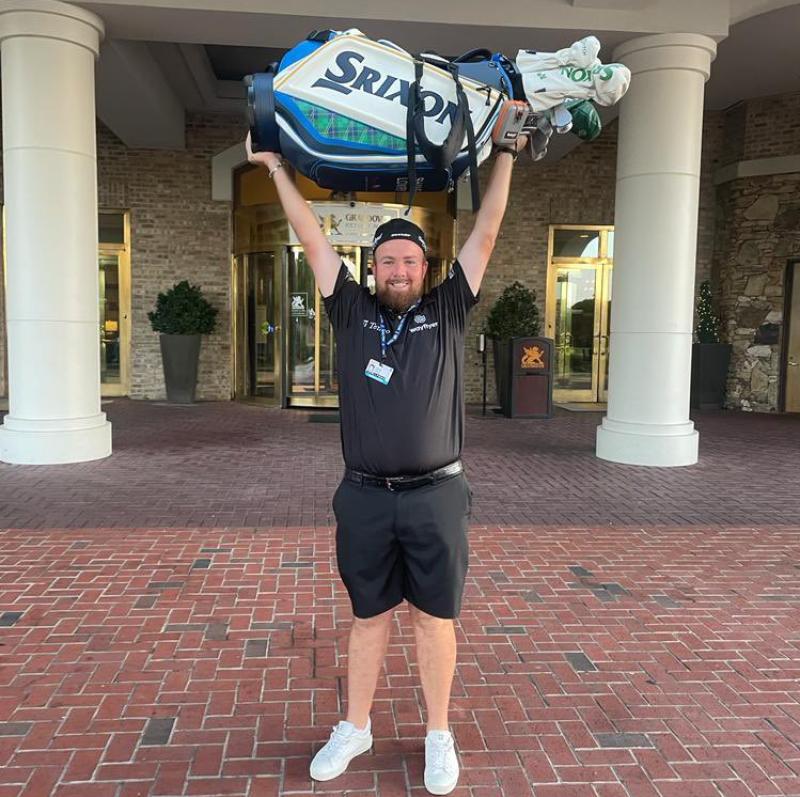 Careful now! Shane Lowry so delighted to get his golf clubs back he references Father Ted

Shane Lowry is 'back in business' after being reunited with his golf clubs just a day before teeing off in the Wyndham Championship on the PGA Tour.

His clubs went missing somewhere between Dublin and Chicago but he has now gotten them back just a day before the fourth last event on the PGA calendar.

He posted a picture on Twitter hosting his clubs above his head and thanked everyone who had helped him to get them back.

Back in business ☘️ pic.twitter.com/elvafx15xK

He also tweeted out this memorable clip from Fr Ted while the search for his clubs was still ongoing.

Bags still missing at Chicago airport @fly2ohare @united! Anyone there able to help find them. There will be rewards ☘️ pic.twitter.com/6vq6IbkhBV

Shane is currently in 28th position in the FedEx Standings on the PGA despite having played in just 15 events registering four top tens along the way. He stands at number 24 in the Official World Golf Rankings.

He tees off at 6pm Irish time on Thursday at the Wyndham Championship alongside Billy Horschel and Sepp Straka, the man who pipped him to the win at the Honda Classic earlier this year.