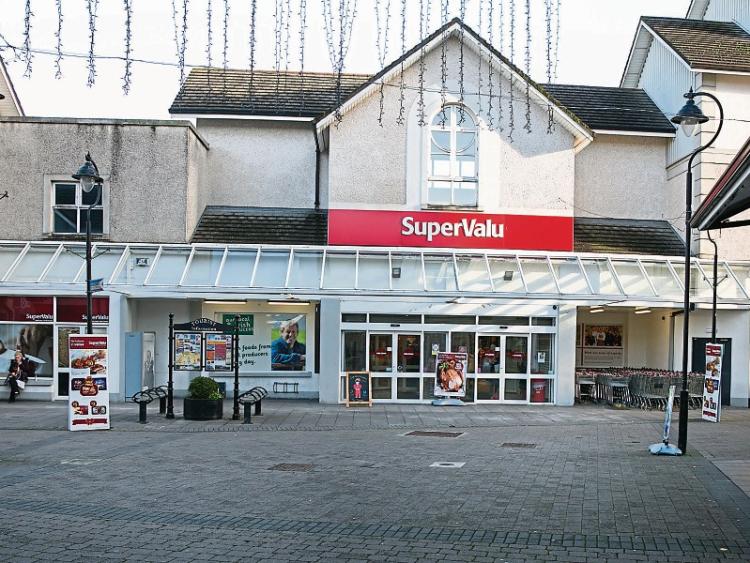 Clonmel town centre supermarket SuperValu closed its doors on Friday amid recriminations on the impact of high rates and parking charges on the business.

Market Place, once the hub of commercial activity in the town centre, has now been described as a 'ghost town' within a t0wn.

The vast majority of shops on the street have closed or moved elsewhere in town, and now the departure of the anchor tenant is seen as the final nail in the coffin.

As shoppers bade a sad goodbye to the former store - originally Superquin before taken over by SuperValu - politicans hit out at the circumstances that saw the shop close with the loss of over forty jobs.

Independent TD Mattie McGrath described the closure of the store as a worrying indicator of the pressures that continue to bear down on the SME sector.

He claimed that the current Commercial Rates system in operation in places such as Clonmel and across the county is unfair and anything but sustainable.

“The fact that Tipperary County Council took in €30 million in rates in 2015 alone would suggest that the Council is the only one receiving the benefit from such vast sums”, he said.

Deputy McGrath added - “When the plans to close SuperValu were announced I made immediate moves to have a more realistic and economically viable commercial rates regime introduced, but I was informed there will be no change until at least 2017.

This is completely unacceptable.”

Green Party election candidate Gearoid Fitzgibbon claimed that high rates and parking charges, along with a lack of footfall, were contributing to the town centre’s demise

“The issues affecting Clonmel are similar to those in other parts of the county where the over-supply of edge of town shopping, which benefit from easy access and free parking, squeezes the lifeblood from the town centres”, he said.

He said that unless we want our town centres to become ghost towns, local authorities must rebalance the scales in favour of town centres and small locally owned businesses.

“This can be done by making rates fairer and reducing parking charges, which are in effect a penalty on centre of town business.

Local Sinn Fein councillor Catherine Carey said the closure was down to the lack of investment and a continued lack of disposable income for workers and unemployed people in the local areas. “The outcome, of course, will be that the whole region will suffer further as a result”, she stated. Cllr Carey said that it was a disgrace that a retail outlet in Clonmel should have to pay rates on par with those being paid in Dublin.

“The affected workers, many of whom had been there for nearly two decades were devastated by the loss of their jobs. Market Place was once a thriving and bustling shopping area and the loss of what was its anchor tenant will have serious repercussions.

A steady stream of customers were arriving at the supermarket last Friday morning where they found shelves with gaps from depleted stock, but a sense of camaraderie among the workers and themselves.

John O'Brien has been shopping at the store since it opened as Superquinn, 17 years ago, and both his sons worked there at different times.

"It was great for a long time, it's sad to see it closing," he said as he went in to do his final grocery shop in Supervalu.

Joan Skelly and her daughter Leslie Kennedy dropped in as part of their morning routine, as many others did. "I think it's a terrible loss to Clonmel," Joan said.

“The staff in there were lovely, friendly people." She went on to say the whole Market Place area was becoming "like a ghost town."

"This is very, very sad," Leslie said," we have been shopping here since the beginning. The staff were always lovely and there was never a problem."

Another lady, getting a shopping trolley for her 85 year-old mother, said that her mother only lives around the corner and will miss the shop. She joked that when the family called and her mother wasn't home they would always find her in the supermarket.