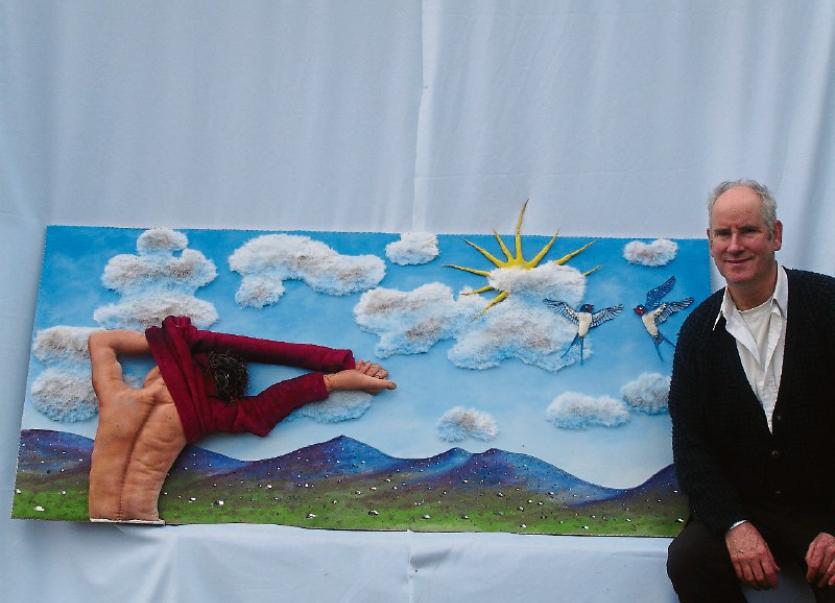 An exhibition that began with a series of sketches drawn 16 years ago went on display in Clonmel this week.

It was officially opened at Clonmel library by comedian and actor Jon Kenny on Monday night and continues until Saturday, February 27.

"It follows my journey as I travel from my house in Newcastle into the dense woodland nearby, walking by the stream, going for a swim in its beautiful waterfalls, climbing up and out of the wood and finally arriving on the open mountain", says Des. "It portrays a series of things that I have seen on that journey, combined with things that I imagined on the way".

Immediately inspired by these surroundings when he moved into the house (11 miles from his home town Clonmel) in 2000, he filled many sketch books with drawings and ideas for a new exhibition.

However other demands on his time meant that one of the country's most talented visual artists put those ideas on the back burner for many years.

In the meantime he created the theatre show Teac A Bloc (featuring life-sized puppets) with local traditional Irish group Rattle The Boards, which toured the country for three years and is still performed occasionally; and created a series of large commissions for individuals, companies and schools. From 2012-14 he created the puppets, costumes and set for Mag Mell, a large theatrical production, along with Jon Kenny and musicians Benny McCarthy and Conal O'Grada. The show is due to resume touring this summer.

Son of Carmel and the late Jim Dillon, Des studied Textile Design in Galway from 1983-1986. He has exhibited throughout Ireland and has had a number of overseas exhibitions, including in Australia.

He has also used his skills to create masks, puppets, costumes and sets for theatre companies including Galloglass, Siamsa Tire, Bickerstaffe and comedy duo D’Unbelievables.