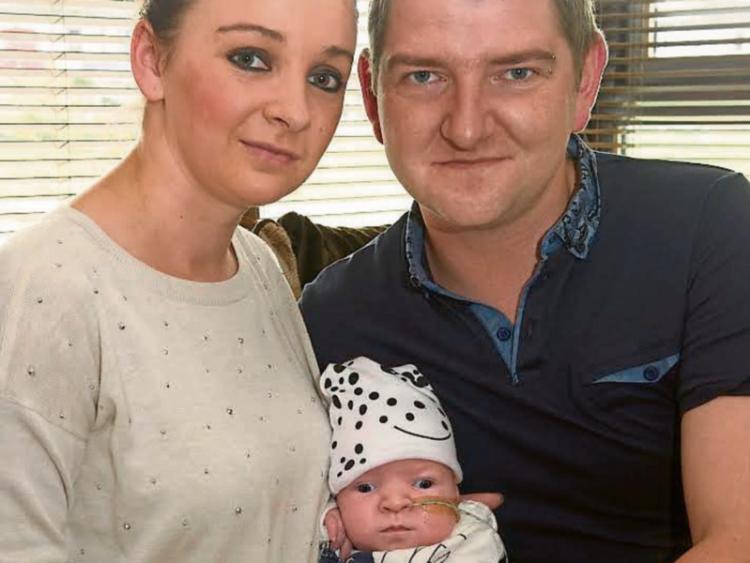 A couple whose son had open heart surgery at four days old are asking the people of Tipperary to support them in their bid to win a €10,000 wedding budget.

Carol Fleming and Dermot Molloy, originally from Drangan but now living in Fethard, were childhood friends before their love blossomed nine years ago.

However, the past 18 months have been unimaginably difficult for the pair as a result of their son Danny Molloy’s rare heart defect, truncus arteriosus, which causes severe circulatory problems.

But now the chance to win their dream wedding in an on-line poll would prove a huge boost to the popular couple.

Danny became ill within 12 hours of been born in South Tipperary General Hospital in August 2014 and was transferred to Our Lady's Children's Hospital in Crumlin where he was diagnosed with the congenital heart disease.

He was on life support, and at one point throughout the traumatic ordeal his parents were given an option to turn off the machine.

“Danny has a complex heart condition with an interrupted arch and holes in his heart.

“He had open heart surgery at four days old and was on a ventilator for seven weeks.

“He had a cardiac catheterization and stents put into his heart,” Carol told The Nationalist.

Danny remarkably defied expectations and eventually got to go home with his parents. “He’s an incredible boy who's been through so much, continuing to battle on and coming out the other side,” Carol continues.

Despite doctors being unable to give any guarantees regarding Danny’s future, his parents believe that there is light at the end of the tunnel.

“Danny’s immune deficiency makes him vulnerable to infection and has sanctioned him to hospital visits every three weeks.

“ He has low muscle tone and spends a couple of hours a day in a standing frame. His development has been greatly hindered, and he regularly goes for physio, speech and language therapy and nurse appointments.

He recently had minor surgery, so it’s constant going with him but he’s worth it and we are optimistic about his future,” she says.

Carol’s sister Katie decided to enter the loving parents in a competition to win a dream wedding. Dermot had already proposed to Carol last year, writing ‘Will you marry my daddy?’ on Danny’s nappy, before asking her to change it.

“Caring for Danny has brought us closer together, and we are eager to get married and give our family and friends something to look forward too,” Carol adds.