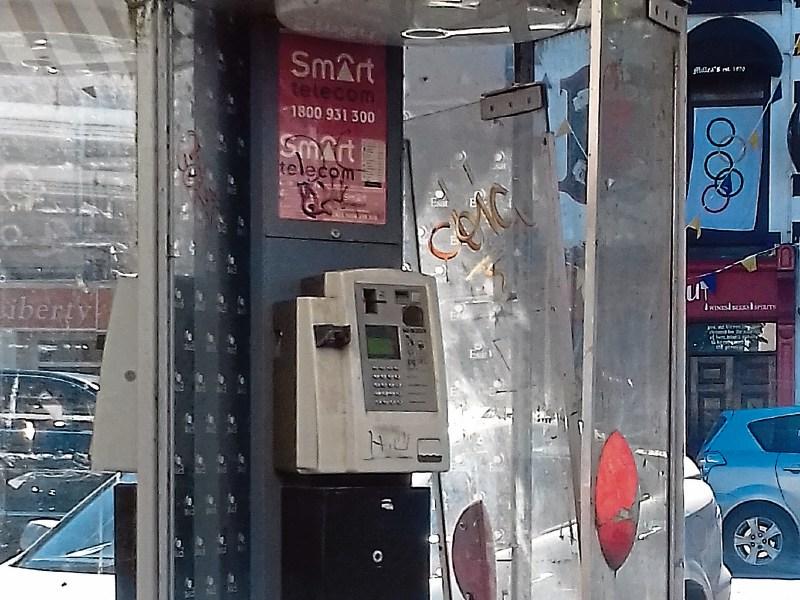 Two ‘Smart Telecom’ phone boxes at the lower end of Liberty Square which have fallen into a dilapidated state of disrepair, have not been used by anyone or serviced by any company, in “years”.

The phones boxes have become an eyesore, and are not operational, as the handsets have been taken off.

There is no line out, and customers cannot make or receive calls. Yet mystery surrounds who owns them, as Digiweb - the company which acquired Smart Telecom in 2009 - says the equipment does not belong to them, and therefore they are under no obligation to maintain the phone boxes.

A Digiweb/Viatel spokesperson responded to our enquiries: “This part of the Smart Telecom business was not purchased by Digiweb, and was sold to another party. I would not know who this other party was unfortunately. I do sympathise with you regarding the issue, but unfortunately there is nothing that we can do to assist you.”

A local woman who works in a café nearby, told the Tipperary Star she had not seen anyone use or service the phones “in a few years”.

According to a spokesperson for Eircom: “There are 26 payphones in Tipperary. There are two payphones in Thurles. We currently have no plans to remove any of these payphones.

“However some payphones have fallen below ComReg’s threshold for retention and will be removed when the next rationalisation programme takes place. We currently do not have a date for this. In the 12 months from July 2015 to June 2016 there were 3,981 calls from all 26 Tipperary payphones.