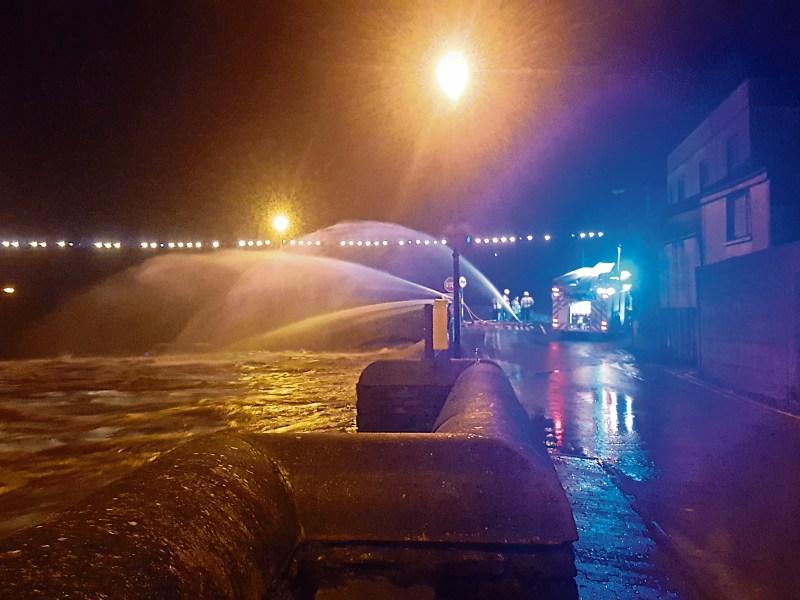 Carrick-on-Suir District Council management says it aims to start €110,000 worth of remedial works before the end of the year to help prevent a repeat of last Christmas' devastating floods in Carrick-on-Suir this winter.

The Council has received €50,000 funding to replace a culvert at Lissadell, Carrick-on-Suir that contributed to the flooding in the town last year.

A further €60,000 has been approved to upgrade the pipeline at Dove Hill near Carrick-on-Suir.

District Engineer Nicola Keating said the Council received the funding for both projects in the past month. The funding for the Lissadell culvert was obtained from Transport Infrastructure Ireland (TII).

She said the Council had surveyed the Lissadell project and she was currently trying to devise a design.

She said she would try to get the project started before the end of the year though she wasn't sure as yet whether the €50,000 would be enough to cover all the works required.

The pipeline at Dovehill was also considered a problem and it was hoped to also start work on that project by the end of the year, she added.

Cllr Kieran Bourke (FF) appealed at the meeting for the issues that caused extensive flooding of the Strand Car Park area in the town last December to be resolved as soon as possible.

"I am concerned about this heading into the winter. I know you carried out survey works at the Strand Car Park and I am aware you found issues there and sent them back to Irish Water and I am aware you are waiting for them to make a decision.

"People's homes were destroyed and these people have no insurance. They have put their homes back together again. I urge that the works be done fast," he said.

Cllr Bourke added that it was just not good enough for this project to be sitting on a desk at Irish Water.

Senior Engineer John Crowley said the Council would follow up on Cllr Bourke's concerns with Irish Water on how the project was progressing.

Fellow Carrick-on-Suir Cllr David Dunne (SF) welcomed the funding allocated for the works at Lissadell and Dove Hill but complained that councillors still hadn't received a report on what caused the flooding in Carrick last December. Nine months was a long time to wait for it, he said.

He pointed out that an OPW official spoke to councillors at the last county council meeting about the flooding in Carrick and appeared to be quoting from a report.

The picture shows the serious flooding in Carrick last winter.