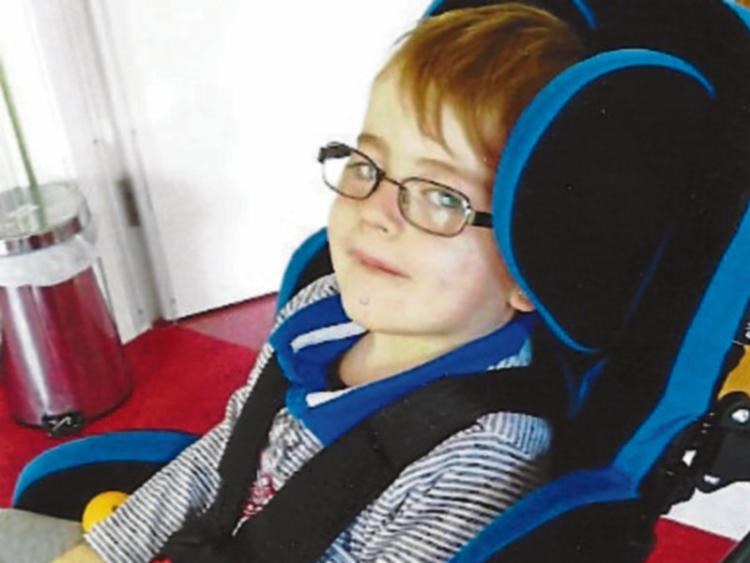 The people of Tipperary are being called on to get behind the family of a three year old boy, who suffers with a severe neurological disorder, purchase a wheelchair accessible car through a crowdfunding campaign.

Little Evan Hearne from Ballingarry was diagnosed with the mitochondrial disease 'Leigh's Syndrome' in February this year and undergoes weekly trips to his local GP, Crumlin Children's Hospital and Waterford Regional Hospital with his mum Joanne.

To help make Evan's weekly doctors visits a little easier his family have started a Crowdfunding campaign to buy a modified car that is wheelchair accessible setting a target of €25,000.

“My car is not suitable and Evan has to be carried to and from the car to his appointments. A car that's specially modified for him would make these visits much easier and be much more comfortable for him,” mum Joanne Fitzgerald told the Tipperary Star.

Leigh Syndrome is an illness which attacks the central nervous system and leads to a progressive loss of mental and physical abilities.

Today Evan is unable to stand, walk, talk or feed himself and has the same abilities as a nine month old baby, being able to sit up and shuffle, however he will lose these abilities in the future as the illness progresses.

“Right now Evan's swallow is very poor and he will have to be tube fed at some point in the future,” explains his mum.

“We noticed symptoms when Evan was about three months old but it took a while for him to be diagnosed as there were a lot of tests and biopsies.”

“It's been very tough but you just plod along. It's getting increasingly harder going to his appointments as he is getting bigger and it's very difficult transporting him to the car comfortably. Evan is a happy little boy considering all he's been through,” adds Joanne who is also mum to seven year old James and five year old Amber.

Evan, who also suffers from severe respiratory problems, has a nebulizer and suction pump at home. Many sufferer's diagnosed with Leigh’s Syndrome rarely see their teens as their ability to fight off infections is compromised.

“Every little will help make a big difference to this wonderful boy's life. Any donations are greatly appreciated and will go directly towards providing a more suitable form of transport for Evan.”

To donate towards Evan's campaign visit