Clonmel is officially one of the tidiest towns in the country 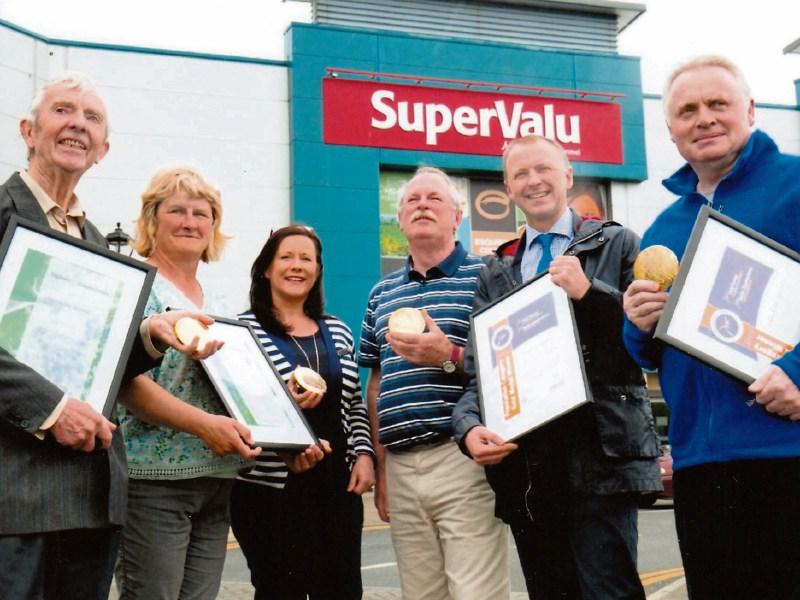 The people who devote countless unpaid hours to keeping Clonmel clean have been celebrating after the Tidy Towns results were announced in the last few weeks.

The progress made in recent years to enhance the appearance of the county's largest town has been reflected in Clonmel's best-ever performance in the national competition.

An increase of four marks, from 317 to 321, means that Clonmel finished just six marks behind Skerries in north Co. Dublin, the tidiest town in the country.

Clonmel achieved gold medal status for the ninth year in-a-row and also won the Local Authority Pollinator Award in the large town category for implementing pollinator-friendly initiatives to halt the decline in the bee population.

Martin Behan and Frank O'Donoghue, chairperson and secretary of the Tidy Towns committee, are delighted with the results and especially the Pollinator Award won by a town whose name in Irish, Cluain Meala, means the vale of honey.

The judge's report stated it was "pleasing to find that the competition is a focus for the people and encourages them to engage in the environmental management of their areas, and consequently makes Clonmel a better and safer place to live in and visit".

However the committee isn't resting on its laurels. It's now preparing a new three-year plan to take the town into the future and ensure that its appearance is maintained and even improved.

Martin Behan and Frank O'Donoghue say that derelict buildings need to be urgently attended to if the town is to move forward. Picking up litter is an ongoing battle that needs the involvement of more volunteers to keep the town looking well.

And dog fouling on the footpaths is a major problem.

The committee is also looking forward to developments including the new kayak and canoe slalom course on the river at the Old Bridge; the official opening of the new LIT Questum building at the Cahir Road roundabout; and further down the line the provision of the new sports hub near the LIT building and the development of the former Kickham Barracks.

The committee says that the new C-SAW remembrance garden and wildlife habitat at Tobaraheena Well, as well as new signs at the Denis Burke Park, Wilderness Gorge and Tobaraheena Well, are great additions to the landscape, as is the new riverside walk at The Green.

The Tidy Towns members are grateful to the local communities, residents associations, the business community, town gardener and the outdoor and administrative staff of the Borough District, as well as the Tús workers, for all their help and support.

Members meet every week of the year, on Tuesdays and Thursdays, and in the evenings during the spring and summer. Further information and contact details are available on the committee's Facebook page.