Appeal to make Clonmel hotel safe before someone else dies 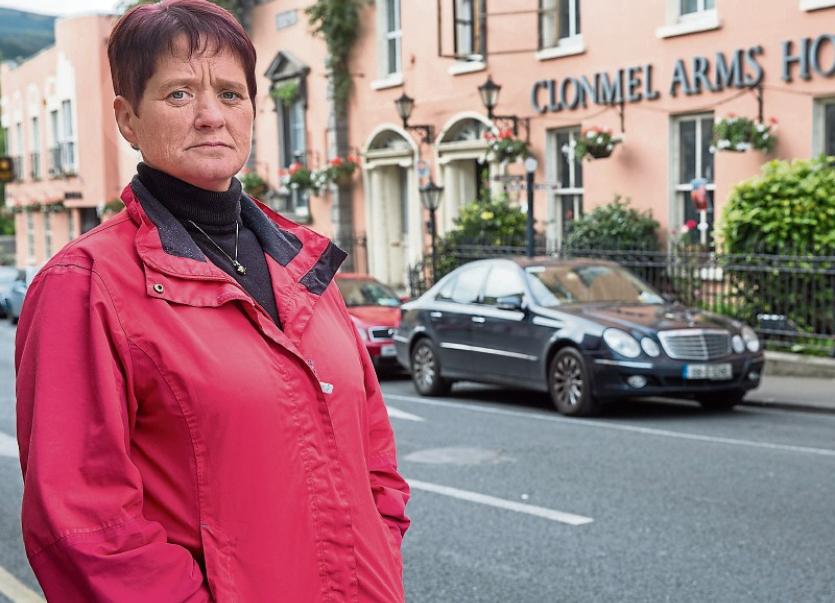 A Clonmel woman has made a heartfelt plea for the former hotel building where her brother died earlier this year to be made safe and secure to stop others from entering and using it as a drinks and drugs den.

The body of Christopher Channon, a 43 year-old homeless heroin addict who also suffered from mental health problems and had only been released from prison a few weeks before his death, was discovered by Gardaí in the former Clonmel Arms Hotel on May 3.

Now his sister Annemarie Channon is calling for action to be taken to secure the town centre building.

"Are they going to take another body out of there before someone decides that something needs to be done", she stated.

"How many more people are going to die before before somebody stands up and says there's a big drugs problem in this town. It's gone to epidemic proportions".

Annemarie Channon recently visited the building after photos of the scenes of devastation inside the once landmark hotel were posted on social media.

"I was disgusted, horrified and upset when I saw those photos on Facebook", she says.

She says it was very difficult to enter the building where he brother had died, but the squalid conditions only brought home the importance of highlighting the dangers posed by a building that she says is still being regularly used for drinking and drug taking, while homeless people are also staying there from time to time.

"The place smells of death", she says.

"It's terrible, I never saw anything so bad in all my life and it's still wide open for anyone to get in there".

She says that she saw a large amount of drugs paraphernalia including dirty needles, steri wipes, tinfoil and small bottles of sterile water. There are blood stains on the walls and rubbish is strewn all over the place including used condoms, human faeces, discarded shopping trolleys and "thousands of empty beer cans".

Furniture and windows have been broken and some of the floors and ceilings have caved in, leaving the interior exposed to the elements.Fires have been lit in the main ballroom, leaving a large black mark in the middle of the floor.

"It will need specialist cleaning. I dread to think what would happen if anyone fell on a needle in there", she says.

Annemarie Channon found it hard to look around a once proud hotel where she attended weddings and christenings, went to discos and enjoyed performances by bands including Smokie and Bagatelle.

"My late parents, Mary Ellen and Ted (the well-known master farrier who operated from the forge in Anglesea Street, Clonmel) must be turning in their graves. The Clonmel Arms was their social hub for years.

I'm just glad that they're not here to see any of this".

Before her brother's death Ms Channon had suffered another family drugs tragedy when her only daughter Amy Channon, a 25 year-old mother of three young children, died on December 4 2014.

She was addicted to prescription medication at the time of her death, while traces of speed and cannabis were also found in her system. She also suffered from mental health difficulties.

Ms Channon claims that there have been 20 deaths in the South Tipperary area in recent years that can be linked to drug abuse.

"Hundreds of people are affected but some of them are too afraid to speak up", she says.

The situation prompted her to organise March for Change, a walk and rally held in the town centre last June to highlight the issues that contributed to the deaths of her daughter and brother.

"The Clonmel Arms is only one building in the town that's being used for drugs and drinking parties. I've heard of 14 year-olds who are going in there drinking at weekends".

She says that more services are needed to tackle the drugs problem and mental health issues.

"The closure of St. Michael's acute psychiatric unit has had a dramatic affect locally, with people trying to get to Kilkenny for help with psychology and related issues.

The Gardaí need more resources to tackle the drugs problem and addiction services for young people especially aren't as freely available as they should be.

Young people, school pupils in fifth and sixth classes upwards need more information and advice about the dangers of drugs and the Department of Education should take the lead on this.

Early intervention is really important. Otherwise a whole generation of young people will be wiped out and their children will have to bear that cross for the rest of their lives".

The Clonmel Arms has gradually fallen into a state of disrepair since it closed as a hotel almost 11 years ago.

The town centre building has planning permission - which has been extended until 2019 - for a 450 space multi-storey car park, medical centre, offices and retail space.

The building was put up for sale just over a year ago but John Fitzgerald of joint selling agents Dougan Fitzgerald Auctioneers confirmed this week that it had recently been withdrawn from sale "for the time being", although he expected it would come back on the market in the short term.

He said there had been expressions of interest in the building when it was on the market.

Meanwhile, two local councillors have also voiced their concern over the state of the former hotel.

Cllr. Michael Murphy says he's hugely disappointed that it had been withdrawn from sale. He also said there was a general lack of information about its ownership.

Cllr. Richie Molloy is the manager of Family Carers Ireland, whose office in Sarsfield Street is directly opposite the building.

In the past he had contacted the local Garda station whenever people were seen entering the premises during the day but this hadn't been his experience over the last few months, although he couldn't say what went on in the area at night.

Cllr Molloy said it was still very easy to gain access to the building, as the old door to the ballroom was easily opened and access could also be gained from the rear.

"It's a terrible eyesore now in the middle of the town, with overgrown shrubbery all over the building and when people are visiting the Carers office they are constantly shocked by its appearance".

Cllr. Molloy has raised this issue several times at council meetings and says he will be raising it again at next week's meeting of Clonmel Borough District.

He said the recent publicity about the state of the building and the people using it had heightened the need for action by the council.