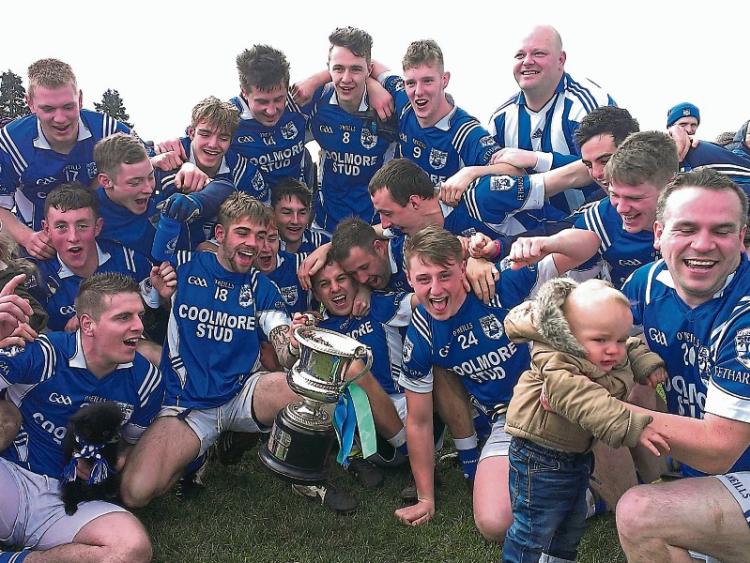 For a proud club that still stands atop the roll of honour in Tipperary football with 21 senior titles, the significance of the win for the club is huge. Not alone is it a welcome county title for ‘The Blues’ who have been through a couple of lean years, but most importantly it gives them a place at the top table of senior football in Tipperary once again for next year.

The victory was both deserved and hard won for the Tommy Sheehan managed side with no more than three points between the teams at any stage over the hour. But perhaps battle-hardened by some tough encounters along their campaign, including an extra-time semi-final win over Moyne/Templetouhy, Fethard finished the stronger with three unanswered points over the last five minutes to steal the day. And it was corner-forward Brian Healy’s superb free-taking accuracy that got them over the line, the match-winning free from 45 metres coming in the 64th minute of the game.

Golden had the benefit of the strong breeze for the opening half and led 0-5 to 0-2 on the quarter-hour mark helped by two excellent points from play by the lively Sean O’Halloran at corner-forward and another from David Bargary, to add to frees from Josh Keane and O’Halloran. The West champions however had suffered a huge blow after just 10 minutes when they lost midfielder Shane O’Connell for a black card.

Fethard too had to deal with an early black card when after 17 minutes Jody Sheehan (one of three brothers to start) was sent to the line for a late foul on Shane Stapleton.

'The Blues' put together their best move of the game in the 22nd minute and when Willie Morgan fed David Hayes the hugely influential Hayes goaled (despite goalie Ben Blackford’s best efforts) to tie the game up at 0-5 to 1-2.

And after Fethard had edge ahead and looked to be going to the break leading having played against the breeze, disaster struck. A sideline kick from Golden's Josh Keane from 40 metres sailed all the way to the net deceiving the Fethard keeper in the process.

A great start to the third quarter saw ‘The Blues’ go two ahead. Points from Cathal Hurley, Brian Healy and one on the turn from Kenneth O’Donnell after David Hayes had fielded magnificently in the middle of the park were added to by two Healy frees.

Just when it seemed the tide was going Fethard’s way, Golden/Kilfeacle responded emphatically. Josh Keane’s quick free was worked by Shane Stapleton and David Bargary into Paul Fogarty and he shot low to the net to edge last year’s County Junior ‘A’ winners back in front at 2-6 to 1-8. It was David Bargary's excellent final pass though that created the opening and Fogarty duly obliged inside.

And when David Bargary set up Keith Landy for a point in the 52nd minute for a two points lead it looked as if Golden/Kilfeacle had weathered the storm and might after all prevail.

They had a glorious chance a minute later to wrap it up when Paul Fogarty put J.J. Byrnes through on goal but Paul Fitzgerald, showing all his experience and expertise, got down to deny the goal chance which more than atoned for the earlier first half disappointment for ‘Cracker.’

As if spurred on by this Fethard upped their game once more. As so often happened throughout the game, David Hayes earned the free, and Brian Healy from a tight angle made it a one point game.

Desperation stakes prevailed and both sides suffered late black cards as they tried to deny momentum gathering moves. Firstly Fethard's Tommy Anglim was 'blacked' and was quickly followed by Shane Stapleton of Golden. With the game in the 60th minute Fethard full-back Gavin Fitzgerald found himself with a tempting opportunity almost on the 45 metre line and manfully he took on the chance and deservedly bisected the uprights for the equaliser. A draw surely?

Not so. Still the referee justifiably played on and when, who else but David Hayes was fouled heading towards goal, Brian Healy took on the responsibility from 45 metres and heroically sailed the winner smoothly over the bar to seal the historic victory for Fethard. It seemed a harsh enough free in the circumstances but referees are there to make these decision and Sean Lonergan's call handed 'The Blues' a county title winning chance and Healy didn't disappoint the Fethard supporters. 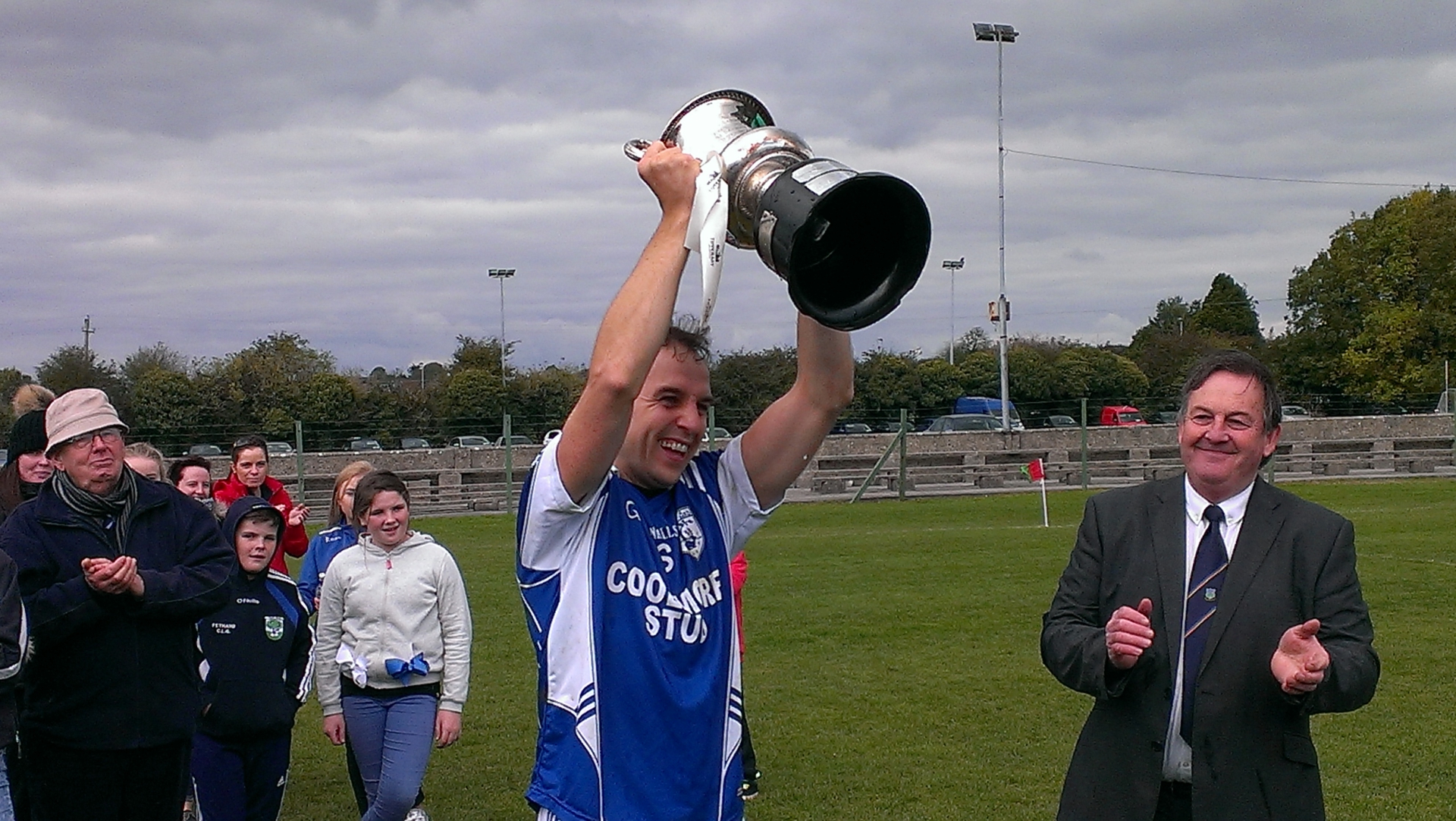 It was an all-round display for the winners who backed each other up in a tremendous team performance. Man of the match was David Hayes but Cian Maher at centre-back and Brian Healy with his scores were also vital to the winners. They had other excellent displays throughout the young team with Jack Devaney, the Sheehan brothers and Cathal Hurley also doing very well.

It will be a disappointing loss for Golden/Kilfeacle who many fancied to do the business on the day. Shane O’Connell’s early black card was a huge dent to their prospects. Their best on the day were J.J. Byrnes, Cian O’Connell, Ronan Hayes, David Bargary, Sean O’Halloran and Shane Stapleton. Josh Keane came more into the game after the interval.

Having won a County Junior ‘A’ last year, and shared in a County Minor ‘A’ this year with Galtee Rovers, plus also getting to the County Under 21 ‘B’ final this year (losing by a point to Cahir), Golden/Kilfeacle too may not have to wait too long before they are back at senior grade.