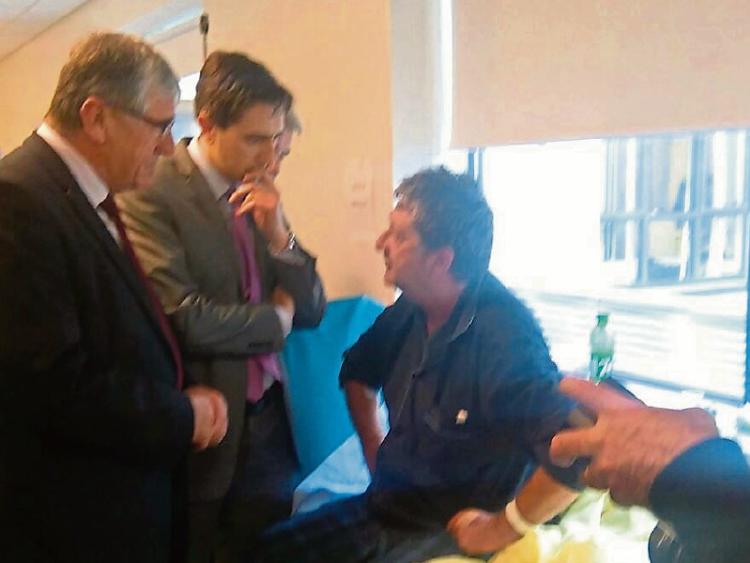 A patient at South Tipperary General Hospital in Clonmel has just told Minister for Health Simon Harris that he has been on a trolley since admitted at 8am on Sunday morning.
Kilsheelan man Michael Kehoe told Minister Harris that conditons are 'disgraceful' with no privacy for patients.

Another man, who wished to remain anonymous, said he was discharged  after being on a trolley in the corridor since admitted at 8pm on Saturday.
"I never even saw a hospital bed", said the man from Clonmel.

Michael Kehoe, son of a former Fine Gael councillor, Johnny Kehoe, told Minister Harris that conditions were totally unacceptable in the Emergency Department.
He said that following his admission on Sunday morning, it had been four hours before he was seen by a doctor and put on a nebulisor.
"I was under great pressure for that time", he said.

He told Minister Harris that there was no privacy on the corridor, no curtain to pull around the trolley, no bell to get someone's attention, and there was a constant stream of normal hospital traffic up and down the corridor.

Minister Harris is meeting patients on corridors as part of his visit to the hospital and will talk to reporters later.