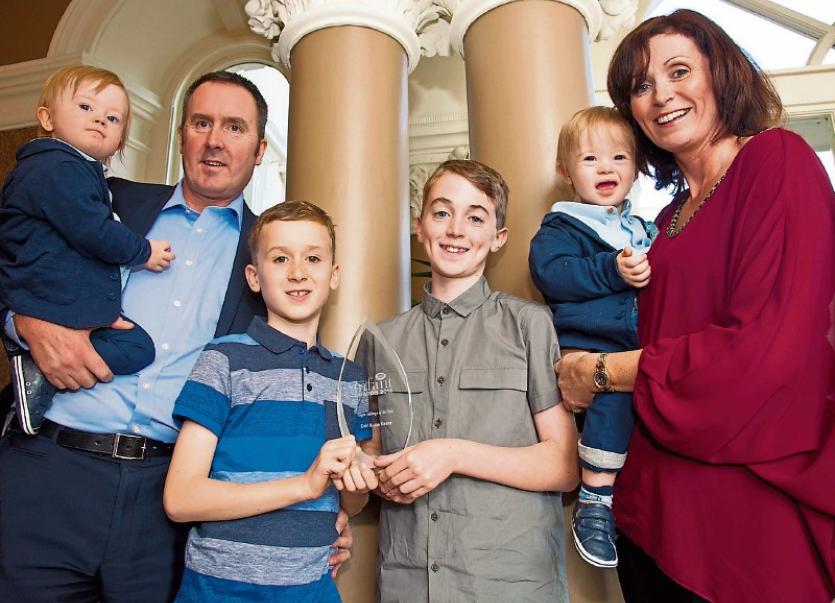 Ardfinnan's Eoin and Joe Keane were the worthy winners of a national award this month which celebrated their super sibling support they have given to their family following the birth of their twin brothers Conor and Cillian who were born with Down Syndrome in 2014.

Twelve year old Eoin and younger brother Joe, aged nine, beat off stiff competition from thousands of other entries across the country after they were put forward for a Super Sibling of the Year Award by their mum Anne Marie.

“When I was pregnant with Conor and Cillian I felt quite ill and the boys were fantastic right from the get go. You never had to ask them to do anything, they see what needs to be done and they go do it,” Anne Marie told the Tipperary Star.

“The boys had no idea I put them forward but I felt after all they do for me and my husband John they deserved something special. ”

The boys were selected as worthy winners after judges were so impressed by their caring attitude towards their younger brothers helping with their speech and language therapies and physio.

“When we go to a doctor's appointment or check up the first thing Eoin or Joe want to know is how did the twins get on and what can they do to help. When my own mother minds them she has to do very little as they are so hands on with everything. They're fantastic little men and I couldn't be more proud,” she says.