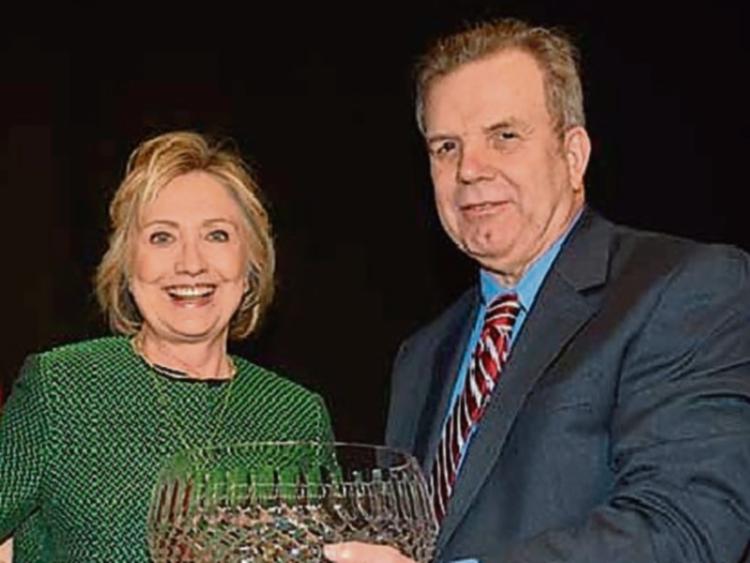 Irish Central founder Niall O’ Dowd has said that Hillary Clinton would be a key ally for Ireland if elected next week as US president.

The Thurles born journalist and long time Clinton associate said that Hillary’s track record as First Lady and Senator of State have proven her commitment to Ireland and said he foresees her playing an active role in helping the country post Brexit.

“Hillary would be outstanding. She has an in-depth knowledge and a deep interest [in the country]. I believe on issues such as Brexit she could be very helpful to Ireland,” Mr O’ Dowd told the Tipperary Star.

O’ Dowd also claimed that there could be “dreadful” implications for Ireland and Irish immigrants in the US if Donald Trump is elected adding that Clinton’s years of working on Irish immigration issues would result in positive outcomes for the Irish in the US.

Mr O’ Dowd, who spent his early years in Thurles where his father taught Irish in the local vocational school, emigrated to America in 1978 before going on to establish several Irish American newspapers and magazines, and has been a close family friend of the Clinton’s since 1990 when Bill ran for US president. O’ Dowd also serves as a member of Clinton's Finance Committee for her campaign trail.

“Initially, a lot of people were interested in Trump but as he has got more erratic and I think the Irish Americans will vote for Clinton.”

Mr O’ Dowd also went on to slam Trump labeling him the “worst candidate” he has ever seen adding that Trump is “full of hate and vitriol” and “that is not the American way.”

He also said that if elected he did not think Clinton would be as “naive” as her predecessor Obama who had mistakenly hoped for more cooperation from the Republican party during his presidency.

"She has the experience and vision. I think you will see massive public works, a national minimum wage, immigration reform and Obamacare overhaul," he said of Clinton's possible future tenure adding that Clinton would likely play a “waiting game” once ISIS has been dismantled to see what emerges once militants stand down.

"On foreign policy she will defeat ISIS in Iraq and Syria and play a waiting game to see what emerges in Syria and then make her move. Unlike Trump she knows the Russians are not interested in helping the situation merely interested in extending their power."

Mr O’ Dowd also spoke about his memories of growing up in Thurles including his trips to the creamery to retrieve “milk in a can” and watching an All-Ireland match outside an electrical shop in the town between his beloved Tipperary hurling team and Wexford.

“Tipp hurling has been a passion ever since and I was in Croke Park for the great victory in September,” he said.