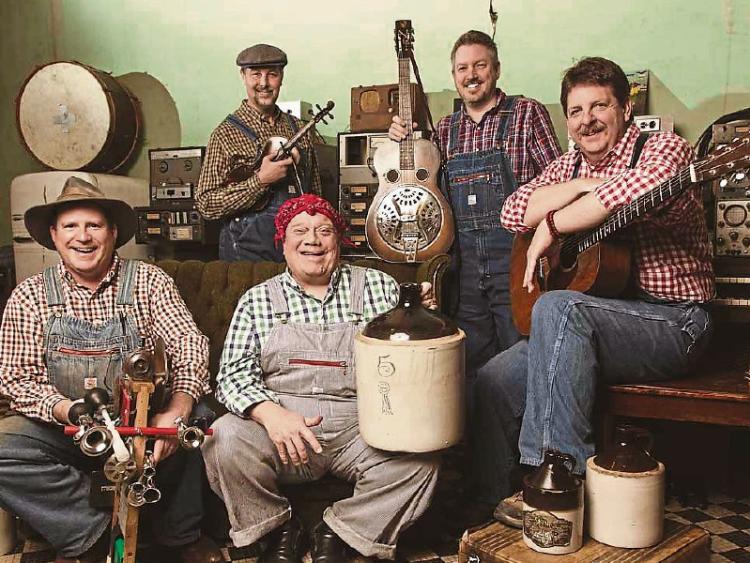 The Tennessee Mafia Jug Band (pictured above), from Nashville will return, having played in Clonmel back in July 2011.

Support will be provided by The George Harpur Duo, also from Nashville.

The Tennessee Mafia Jug Band are from Goodlettsville, a farming town north of Nashville, Tennessee, home of the great Bill Monroe.

They are a four-piece band that will brighten up the stage with rib-tickling Old-Time tunes and great banter. These boys not only know their music, they also wear the dungarees and tell corny jokes.

They released their fifth album in July 2015, ‘Lester’s Loafin’ Lounge’. This was their first album since founding member Lester Armistead passed away from cancer, aged 71, in May 2014.

Lester was with the band on their 2011 visit to Clonmel World Music and Gerry Lawless has fond memories of Lester's jug-playing, great humour and high tenor harmonies that night.

“We are dedicating this final 2016 show to Lester's memory”, says Gerry.

Lester’s Loafin’ Lounge is a real place, located on the Armistead property in Goodlettsville, Tennessee. It has played host to many “pickin’ parties” and Opry stars, movie stars and even rock stars.

The award is given to artists for their contributions to old time music and for the preservation of traditional music.