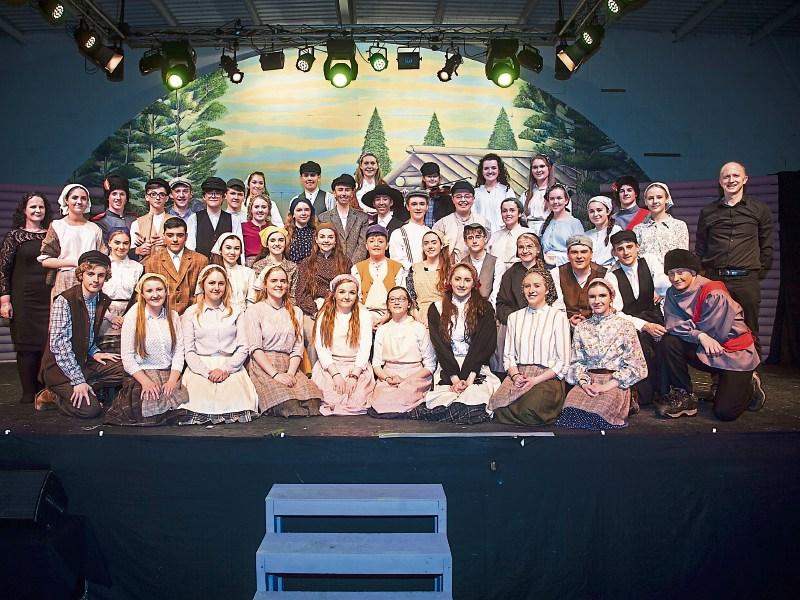 This year's school music at Cashel Community school was Fiddler On The Roof.

Hard to believe this is the school 23rd consecutive production – outstanding in its own right!

The story tells the sad lot of the Jewish community in 1905 Russia. As we have come to expect from this company, Cashel Community School’s show was yet another outstanding success.

The show played to packed audiences in the school’s PE hall recently and what a contrast to recent productions where comedy and frivolity were central to the action. This was no easy task as this is a story filled with sadness and much fear but from the outset of that marvellous chorus “Tradition” the audience got a full range of emotions from the heart-breaking to the downright funny.

Fiddler does have some really top notch comedy at times. Credit must go to Producer/ director John Murray for extracting so much from this talented group of students - every one of them utterly professional in delivery, presence and commitment.

The story opens with Tevye (Richie Crowe) introducing all present to the village of Anetevka. He brings charm, decency and depth of feeling to the role of a Jewish dairyman living in Pre-revolutionary Russia with his wife Golde (Maria Magner) and his five daughters. He is a gentle, lovable man of faith, family and community. This young man was a tower of strength vocally and commanded an excellent stage presence.

Maria Magner’s no-nonsense portrayal of Golde was equally wonderful. It was plain to see that she keeps the poor household running and watches out for everyone – including her husband. Her sense of timing was exquisite and she punctuated every line with commendable authority. The contrast between Sabbath Prayer and her duet with Tevye in “Do you love me” was wonderful – it showed a true actor here in all her glory.

The trio of marriageable daughters Tzeital (Rachel O'Keeffe), Hodel (Orla Purcell) and Chava (Maeve Yee) were solid if not exceptional, each one different to the other but always with a sense that this is a tough household where nothing is left to chance. The suitors Motel (Donnacha O'Dwyer), Perchik (Brian Davern) and Fyedka (Fearghail O'Donaghue) were a wonderful foil for each daughter and it was a pleasure to watch each relationship unfold. These actors again brought a maturity well beyond their years – credit to all here! 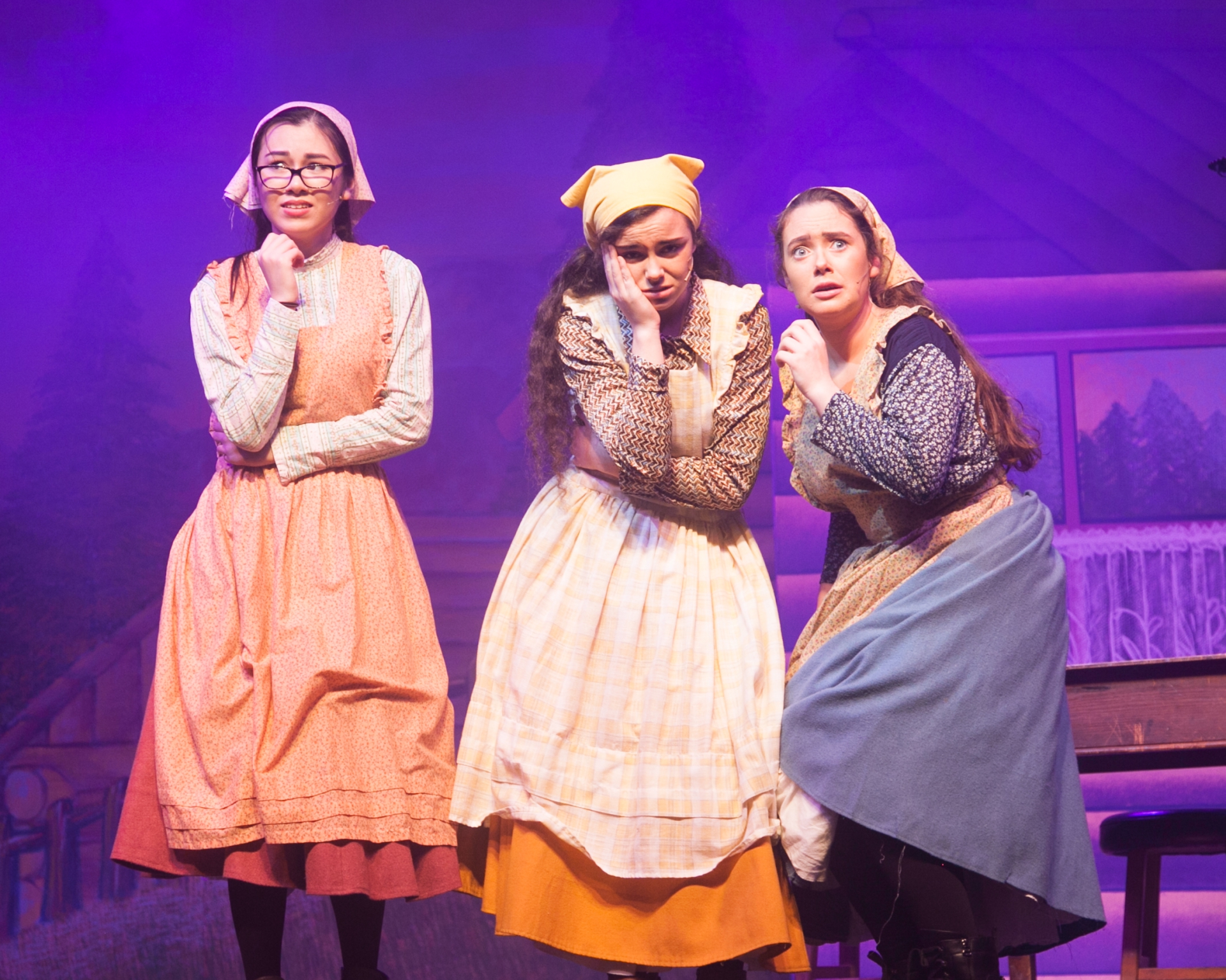 The comic timing of Rachel O'Carroll’s Yente the matchmaker was brilliant . Her ability to put her mark on every scene was a joy to behold. James Fitzgerald (Lazer Wolf the Butcher), Adam Skeffington (Mordcha the Inn Keeper) and Ciaran Davern (the Rabbi's son) all kept the action motoring along so that you never felt it was over two hours long. Even the smaller roles deserve mention – Ciaran McKenna, Kayleigh Ryan, Ciara Ryan, Maeve Dowling, Aoife O'Connor and John O'Connor – fully committed and professional throughout – well done.

Choreography was a joy to behold – these moments really lifted us out of the tragedy enfolding and filled us with joy and enthusiasm. The Wedding Dance scenes were tremendous (well done Miriam Ball!).

Some moments still make a memorable impact - when Tevye draws a curtain between himself and his third daughter Chava, cementing their estrangement was heart-breaking. The brilliant Dream scene where the whole company shone, was hilarious even down to the clichéd “boo” at the end. The utterly plaintive march as they leave Anatevka huddled in a mass of refugees with its additional end note will no doubt strike contemporary chords.

The cast and chorus, all 80 or so of them, were superb. The set décor and costumes were all products of in house departments – Art, Construction and Home Economics, LCVP Office, Caretaking – the list is endless such was this truly whole school endeavour that would be the envy of many a seasoned company. 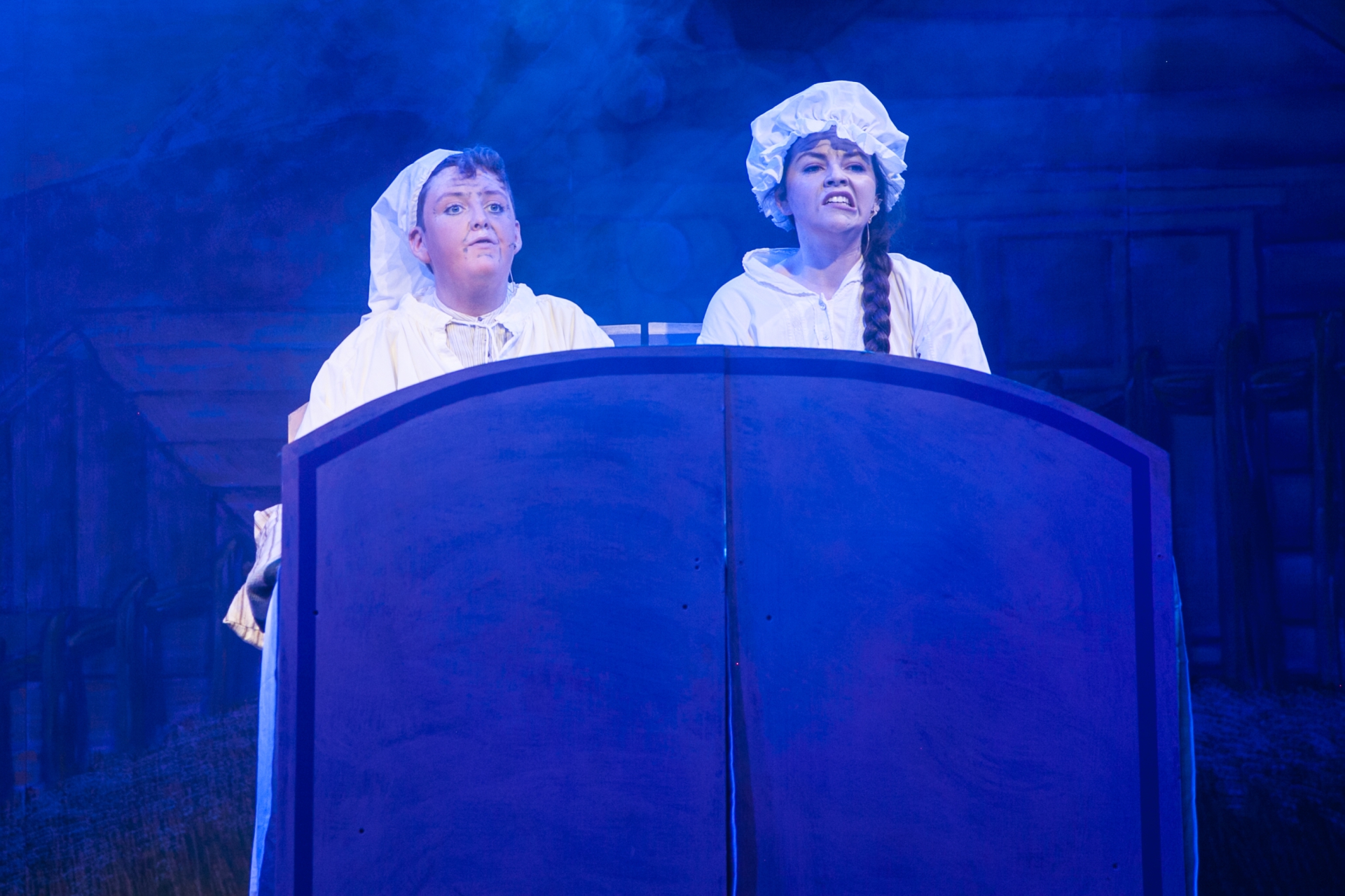