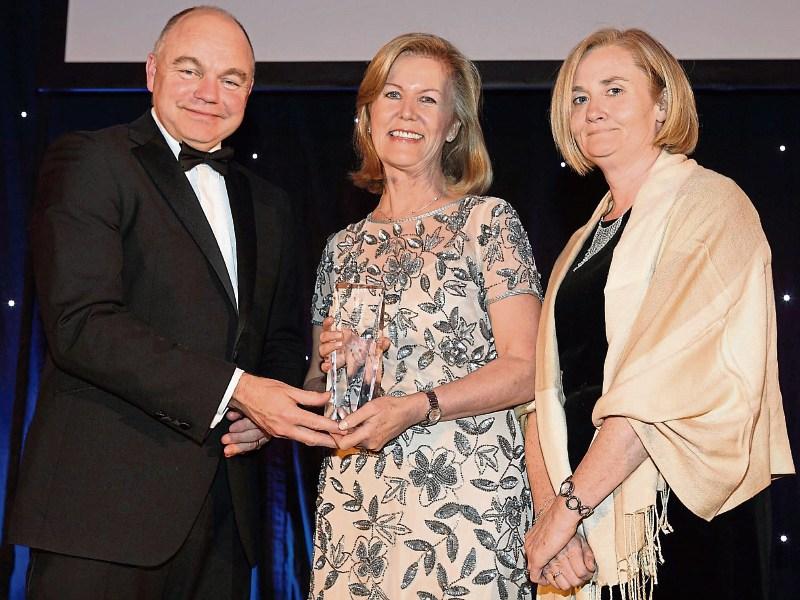 Ms Anderson, who graduated from the Dublin university with a BA (Bachelor of Arts) in 1972, is currently serving as the 17th ambassador of Ireland to the United States.

She also served as Irish ambassador to the United Nations, the European Union, France and Monaco, and was the first woman to hold each of these positions.

Anne Anderson lived in Slievenamon Road, Clonmel until the age of eight.

Her father Tom was originally from Roesboro, near Tipperary town, while her mother Margaret (who was better known as Madge) Griffin hailed from Kildimo in Co. Limerick. Her mother worked as a clerk in the post office in Tipp town and they met when Tom called one day to buy a stamp.

Tom was a psychiatric nurse and when he secured a job at St. Luke’s Hospital they moved to Clonmel, where Anne was born in July 1952.

She attended the Sisters of Charity school and received her First Holy Communion in Ss Peter and Paul’s Church. At a time of little traffic on the roads, she remembers playing ball games outside their house on Slievenamon Road.

“It was a very happy time", she later recalled.

"We had no car and went everywhere on foot. We weren’t poor but we weren’t that well off either. We had very good neighbours, including the Carews and the Suttons.

We lived across the road from John Kennedy, who was a member of the Corporation and Mayor of Clonmel. He would dress up as Santa Claus for the Christmas parade and when Santa came along on the float and recognised me in the crowd I couldn’t get over it”, she said.

The Andersons left Clonmel when her father was transferred to Kilkenny, which was followed by another move to Portrane on the north Co. Dublin coast when Tom was appointed deputy head administrator at the psychiatric hospital in Portrane, the biggest in Ireland at the time. Although he had moved from his home county, Tom remained “absolutely rooted in Tipperary”, according to Anne.

Her father’s sense of connection with Tipperary was so strong that every week he made the journey from Portrane to Eason’s in O’Connell Street in Dublin to buy The Nationalist, which he would read from cover to cover.

The family still has relations in Tipperary, including the Walshs who moved to Ballymacadam outside Cahir.

The UCD Alumni Awards celebrate the global accomplishments of some of UCD’s brightest graduates.  Nominated by their peers and faculty, the ten award winners for this year feature a list of recipients who have made an exceptional contribution in their chosen field.