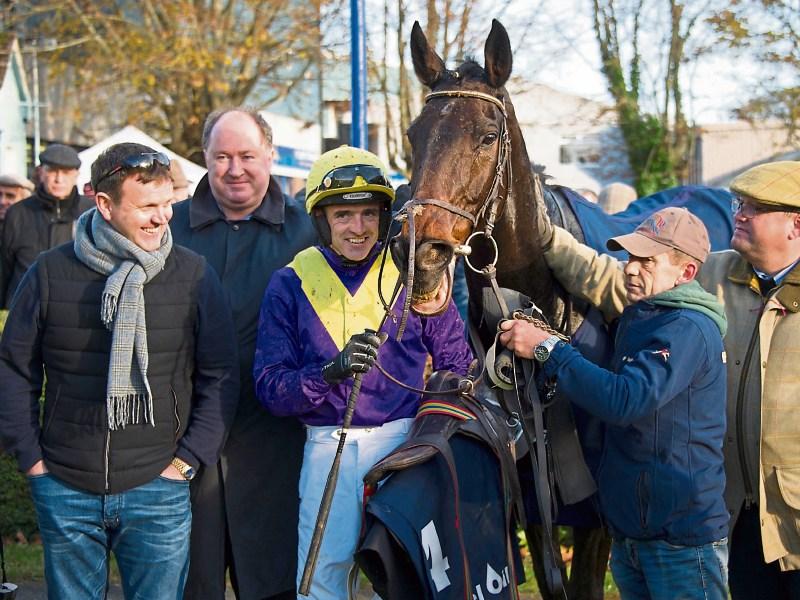 A delighted Ruby Walsh with Alelchi Inois and connections after winning the Clonmel Oil Chase at Powerstown Park.

The prestigious Clonmel Oil Chase was one of few major prizes to elude master trainer Willie Mullins until 2013 but following last Thursday’s renewal he has won three in the space of four years, reflecting his dominance in national hunt racing.

Once again the grade two steeplechase attracted a stellar lineup and it was Alelchi Inois, trained by Mullins and ridden by Ruby Walsh, who was sent off the 2/1 favourite, with the Gordon Elliott-saddled Outlander at 9/4. 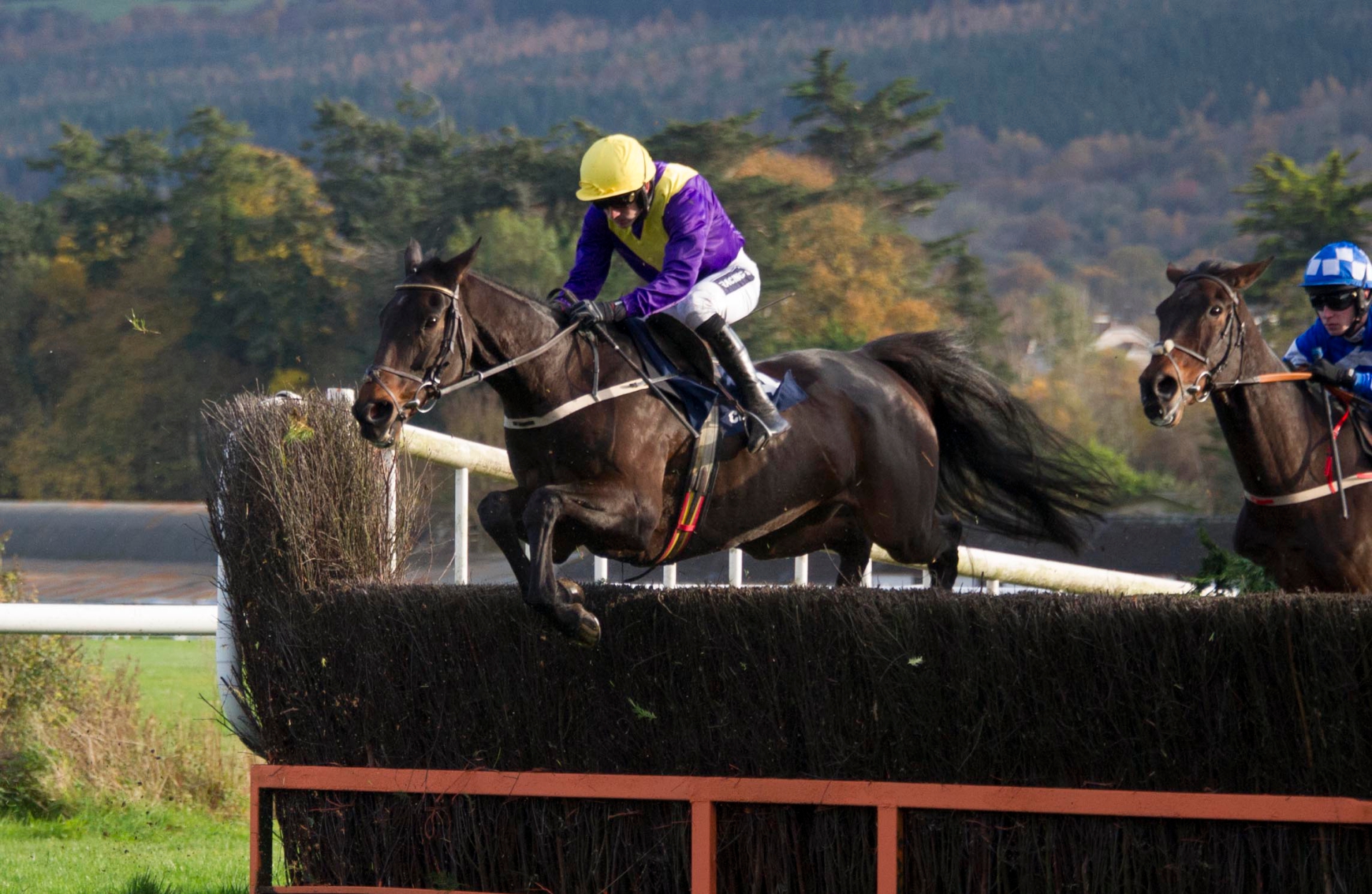 Ruby Walsh on his way to victory on Alelchi Inois in the Clonmel Oil Chase.

Not for the first time, the race produced a dramatic finish, with the spoils apparently at the mercy of Outlander only for the Bryan Cooper-ridden eight-year-old to fall at the last, leaving the way clear for the staying-on Alelchi Inois to emerge victorious, with Clarcam in second.

“Probably a bit fortunate, but we’ll take it,” the champion trainer acknowledged afterwards, adding that the good-ground-dependent winner was going to head down the cross-country route and could now be headed for next year’s Aintree Grand National. “Everything played into his hands today.”

This was the 25th running of the Clonmel Oil Chase and it’s a successful sponsorship which looks set to continue for the foreseeable future. 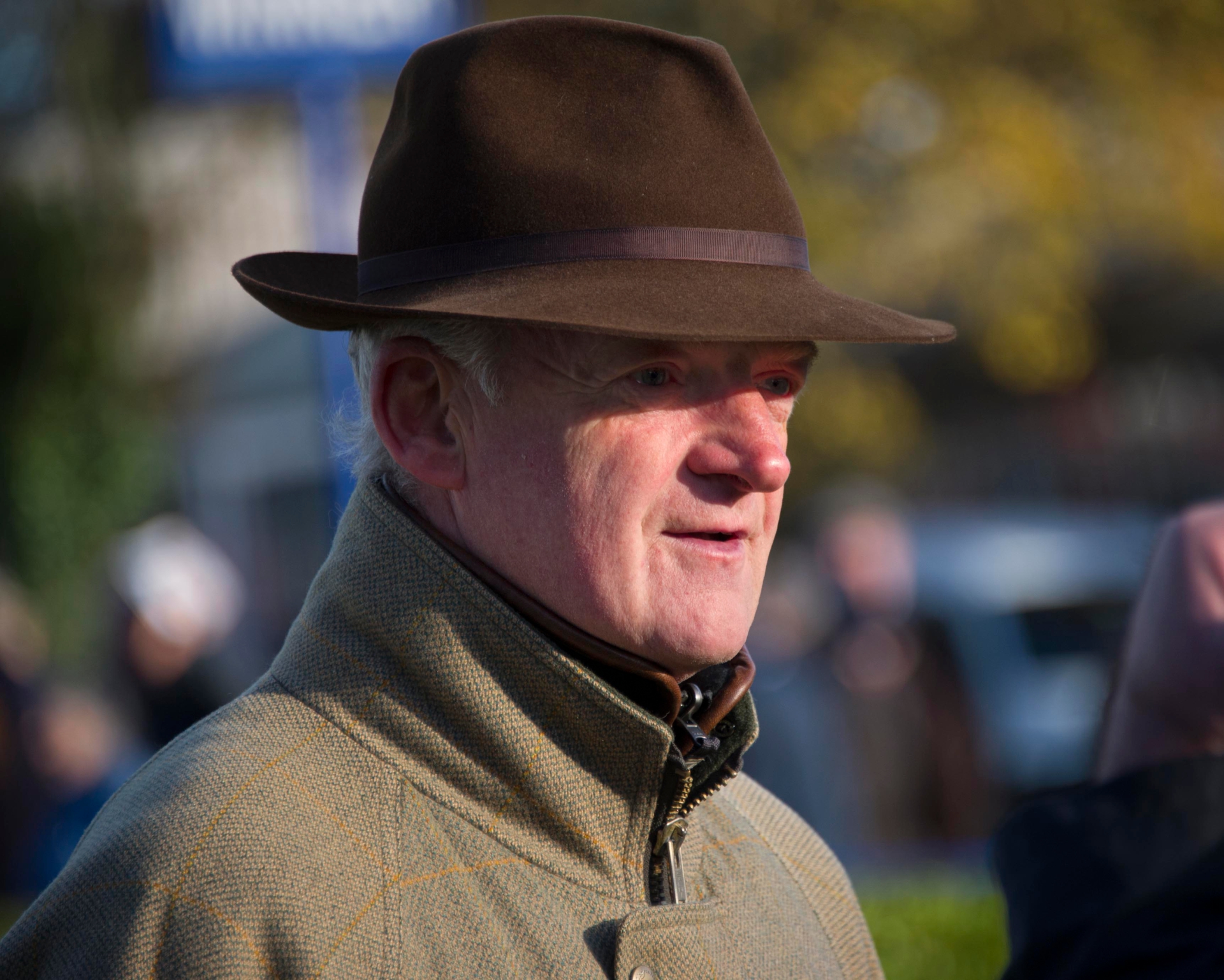 “It’s an annual fixture for us and a way of giving something back to the people that support us locally,” Brian Connolly of Clonmel Oil said after the trophies were presented to winning connections. “It’s a very high-profile race and one that all of the top trainers target. The list of winners down through the years is strong and it seems to be a day all of the racing fans in the area look forward to.”

The big race provided the second leg of a treble for the powerful Mullins-Walsh combination, with Westerner Lady (Evs F) making it six wins out of seven in the EBF TA Morris Memorial Mares’ Steeplechase, strongly holding off the late challenge of Thanks for Tea.

Their third came in the last, the Clonmel Oil Slán Abhaile Hurdle, when Miss Me Now (100/30) stayed on well to take the honours.

Second in that race was filled by Sanibel Island, trained by Gordon Elliott, who did have success earlier in the card when Veinard (4/1 F) took the Clonmel Oil Race Day Handicap Hurdle, with Davy Russell on board. Russell was returning to Irish racing for the first time since the suspension he “earned” at Clonmel last time around and managed to secure a double, teaming up with long-time ally Charles Byrnes in the following Clonmel Oil Service Station Handicap Hurdle to win on Sea Light (5/2 F). 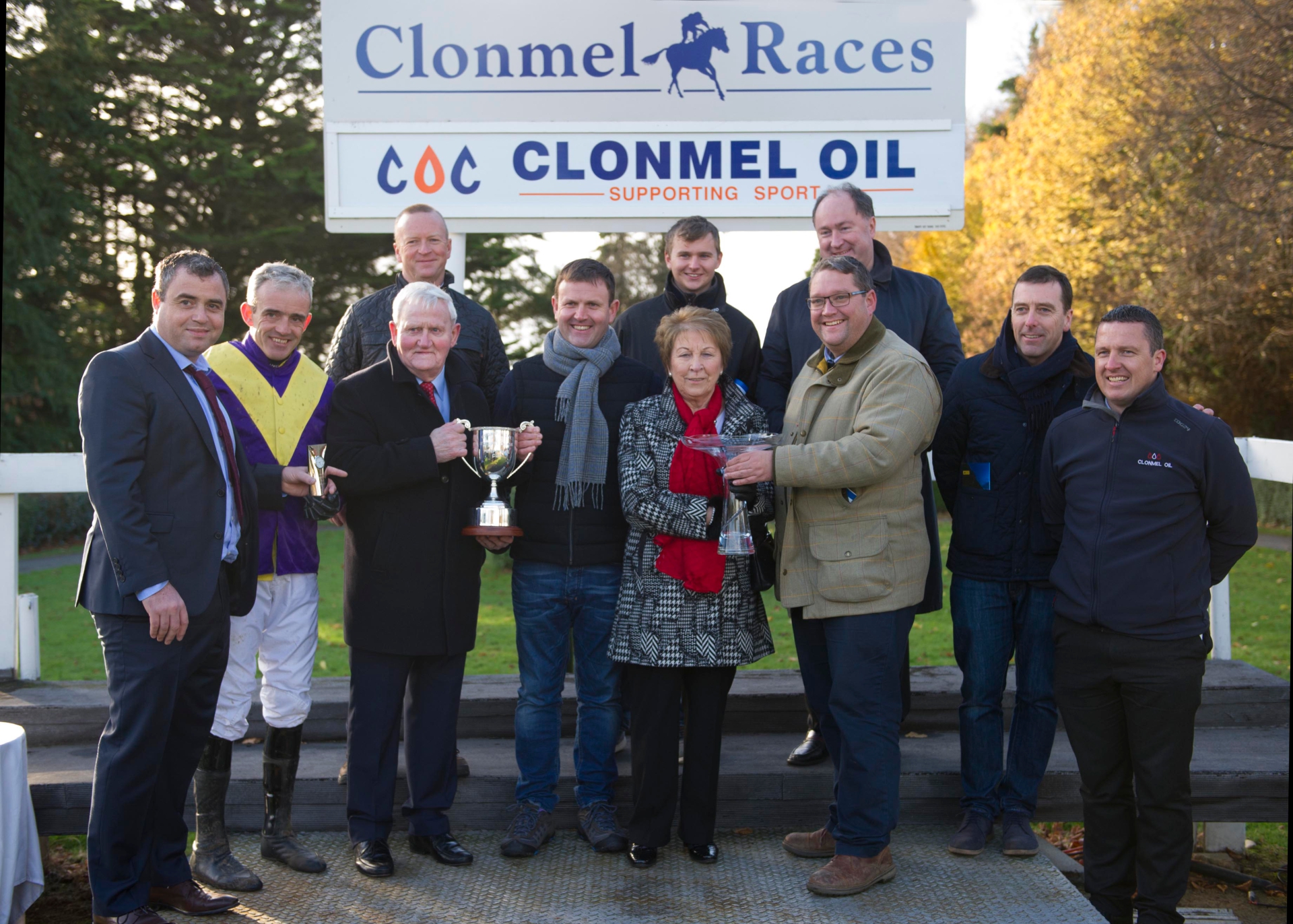 The presentations following the €50,000 Clonmel Oil Chase at Powerstown Park.

“Delighted,” Byrnes said afterwards, before revealing Sea Light could be Cheltenham bound. “We might run him in one of the Pertemps [handicap hurdle] qualifiers and see what happens.”

On a good day for favourite backers, the opening race was won by another of the training big names when the Noel Meade-handled Rathnure Rebel (7/2 CF) came home ahead of Sweet Shirleen and Field Robin.

Next meeting in Clonmel is on December when 8 when Powerstown Park will host the inaugural running of the Jim Strang & Sons Kilsheelan Peugeot Hurdle, with the first race going under orders at 12.25pm.