Arravale Rovers players and fans celebrate with the cup 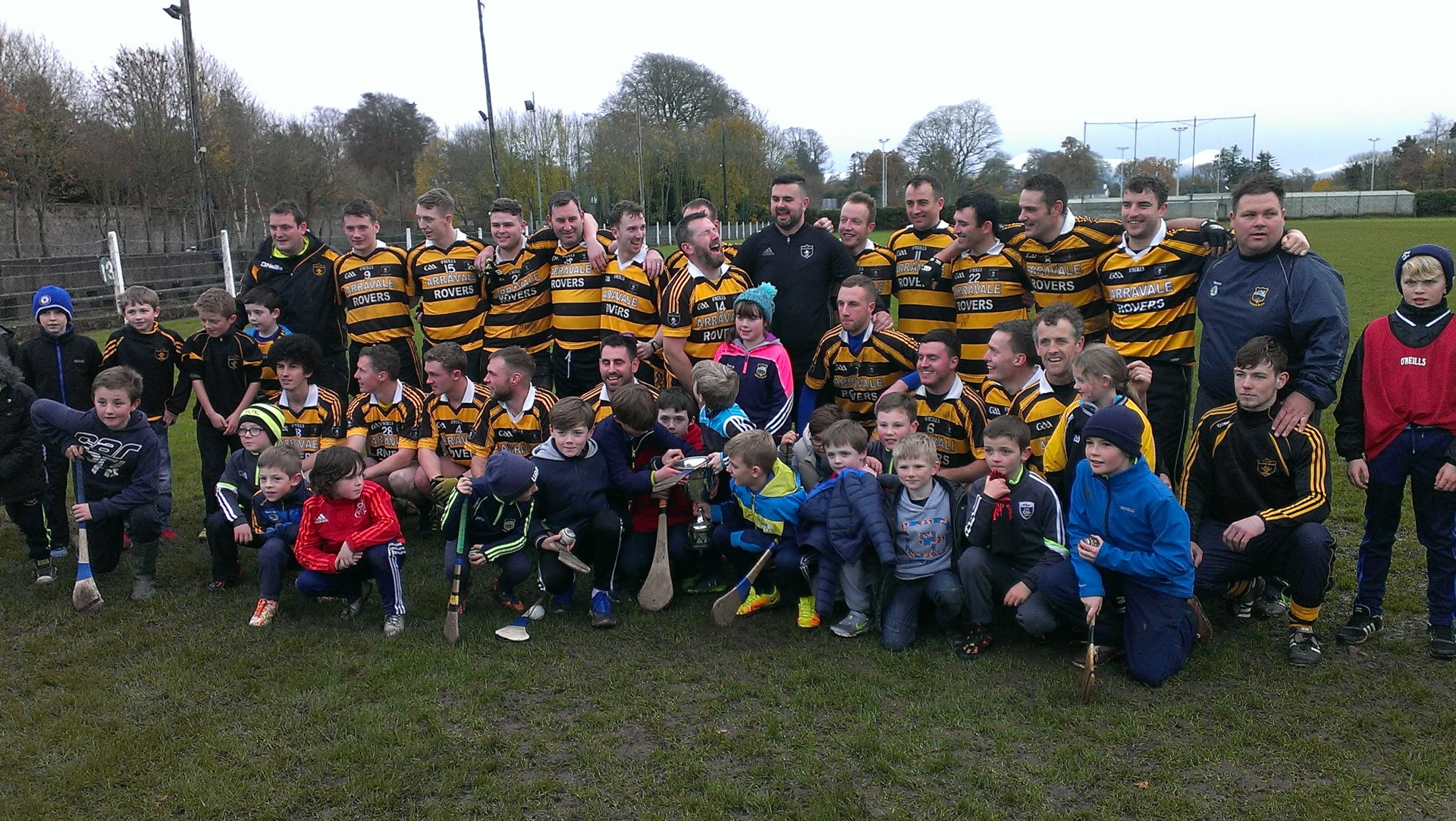 Arravale Rovers were crowned County Junior Football 'B' champions with a thoroughly deserved and highly convincing win over Moyle Rovers at Cahir on Saturday.

The Tipperary town side were in no way flattered by their six points winning margin, 1-8 to 0-5, and could have won by more  had they taken their chances.

Arravale saw two frees come back off the upright in the second half and Moyle keeper Mark Murray brought off a super save from Timmy Dalton in the dying minutes.

But unfortunately for Murray, it was a first half mistake that proved crucial in the game. 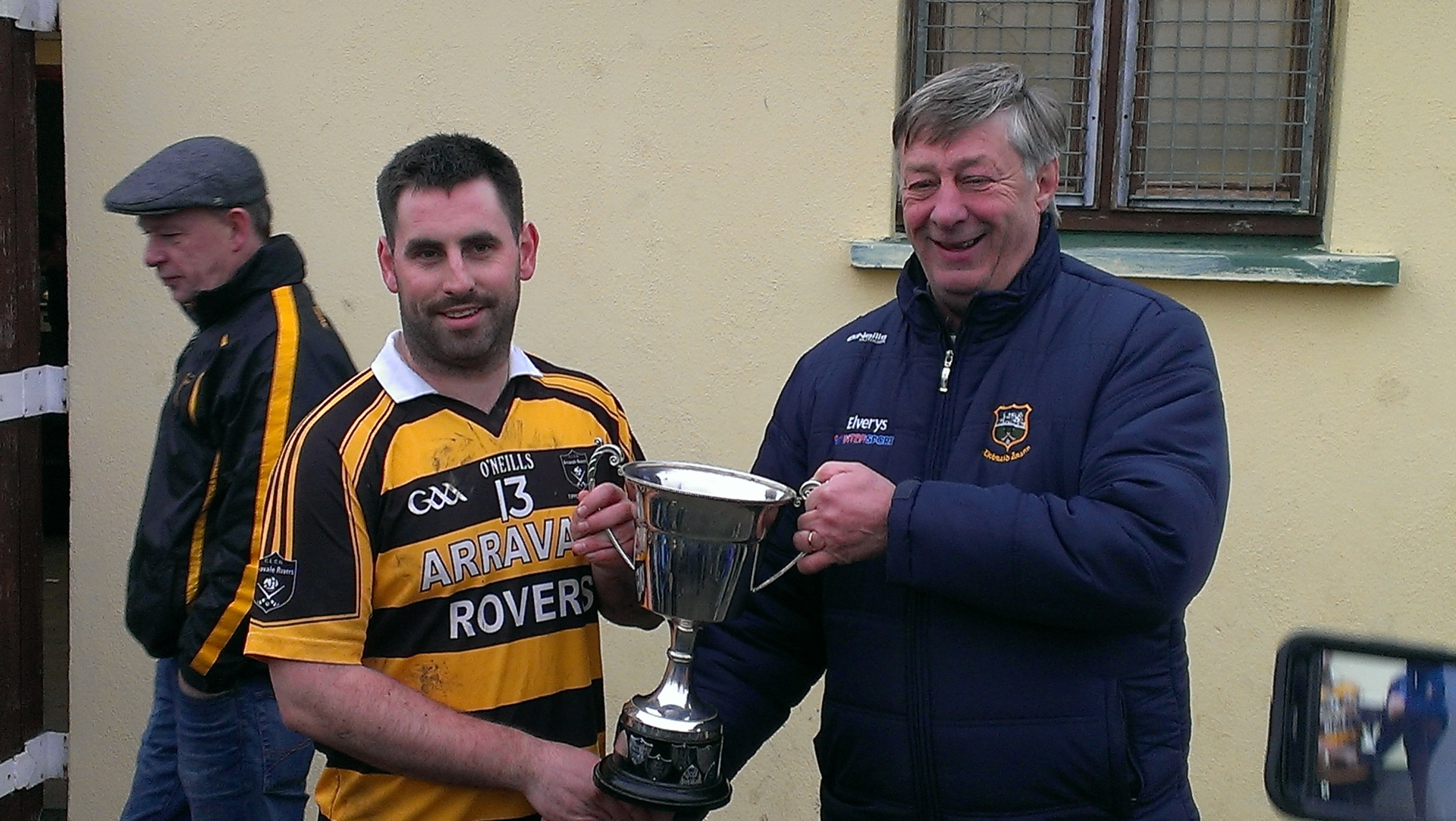 The Powerstown Lisronagh side were leading by two points to no score at the time when a Dalton free was gathered by Murray but he let the ball slip from his grasp and into the net.

The goal gave the West champions a lead they  never again lost as they dominated throughout the pitch.

Scores were hard to come by on a beautiful day for football and once the West men built up a lead they looked well capable of holding on to it.

Moyle Rovers had won the South title with a win over Clerihan just two days earlier and when they lost former All Star Declan Browne through injury earlier this week, their task was made all the harder.

However they started well with two points from Philip Ryan, one from a free, giving them an early lead.

The hugely influential Timmy Dalton then had a major impact on the game when he followed up his goal with a pointed free to settle his side. Owen Fogarty reduced their lead and although Arravale were well on top, they were struggling to score.

However semi-final hero Stephen Quinn hit a great point to make it 1-2 to 0-3 and suddenly their play was getting the return it deserved on the scoreboard when Dalton pointed two frees to  make it 1-4 to 0-3. The final score of the half was a Moyle Rovers point from Aaron Kelly when a lower shot might have troubled Arravale keeper Paddy Finnan.

The South champions made a better start to the second half and after Philip Ryan had sent a 45 wide, Robbie English followed up with a good score.

Hitting the woodwork twice from placed ball suggested that Arravale might be finding it difficult to open their second half account until the impressive Roger O'Connor made his presence felt with two points in a row to push the lead out to 1-6 to 0-5.

As Moyle struggled to keep pace with the West men, Dalton  cut open the defence with an inch perfect pass to Stephen Quinn who pointed in style.

With eight points left Dalton pointed another free to put a big gap of six between the sides. It was to be the final score as despite some spirited play from Moyle Rovers, they just lacked that killer instinct upfront to reduce the arrears.

They battled gamely to the end but there was no doubt that Arravale were worthy champions. They were solid at the back, restricting Moyle to a single score in the second half, and had the more lethal attackers ini Timmy Dalton, Stephen Quinn and Roger O'Connor.