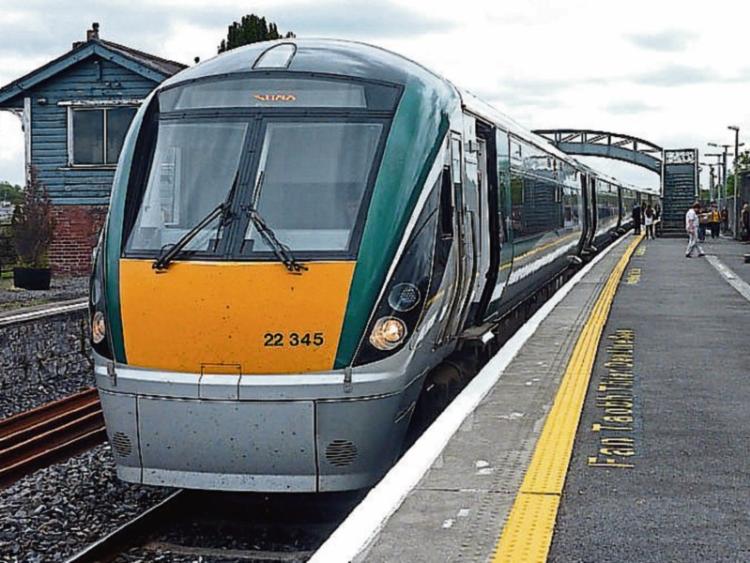 Nenagh area councillors have rejected any plan by Irish Rail to close the Ballybrophy to Limerick rail line.

A National Transport Authority review into rail services released last week proposes closing the line because of low passenegr numbers and cost of supplementing each user to the tune of €530.

However, Nenagh councillors blamed the line's poor use on a lack of investment down the years.

“The lack of investment in the region is the problem. We have everything - technology, an airport, a port and education,” said Cllr Seamus Morris. “There is never a problem throwing billions at investment in Dublin.”

The Sinn Fein councillor said that if we were to believe the national media, “we don't deserve a line”.

Calling for any closure to be resisted, Cllr Morris warned there will be a campaign to keep it open. “If we are serious about promoting this area, we need our resources,” he said.

Cllr Morris warned that if the line closed it would never be brought back again.

Praising Labour TD Alan Kelly for his efforts to bring jobs and keep the line open, Cllr Morris said: “It will bring investment if it is left there. We are not backwater peasants.”

He was supported by Cllr Ger Darcy, who said that the Mid West Regional Guidelines had noted its importance.

“The amount of people commuting to Dublin is unreal. I can't understand why we can't have frequent services on the line,” he said.

Cllr Darcy described the timetable and number of trains as poor, saying they could not not compete with bus operators.

“It is time to shout stop,” declared Cllr Joe Hannigan, calling for Minister for Transport Shane Ross to be brought to Nenagh and explain the reasoning behind the threats. “Let him come out of cuckooland.

“The timetable is conducive for the service not to be used. It is like giving people a torch in the middle of the day,” said the Independent councillor.

“The people now know what they were about,” he said.

Nenagh MDC Cathaoirleach Cllr Phyll Bugler described the service as “vitally important”, while Cllr Mattie Ryan said it had been run down for the last 30 years. He said proper services should have been put in when UL was opened.

Cllr Michael O'Meara agreed the services needed to be upgraded while Cllr John Carroll said there was a need to get people away from the idea of only travelling by car.

“The car is king and we need to change that,” he said.

Meanwhile, Fianna Fail TD for Tipperary Jackie Cahill warned that any attempts to close the line will be met by “fierce opposition”.

“We all know there are challenges with the train service, but just because something is difficult doesn’t mean it shouldn’t be done. We can increase capacity through a variety of measures – change the operating times to reflect working times and increasing frequency,” he said.

Cloughjordan Rail Action Group said in a statement that part of the problem was that Irish Rail was failing to promote proper times and fares. It gave examples of one fare that was listed at €19.95 but was, in fact €6. The website also gave wrong times for trains from Limerick Junction to villages on the Ballybrophy line.

“Such problems have been repeatedly reported to Irish Rail, most recently on September 28. When Irish Rail place so many hurdles in the path of new customers, it is hard to avoid the suspicion that the last thing they want is an increase in passenger numbers. Yet numbers are rising, with a steady flow of new users. We counted 116 passengers on Thursday, November 10 – an increase of 59 per cent on the numbers quoted in media reports,” the action group said.