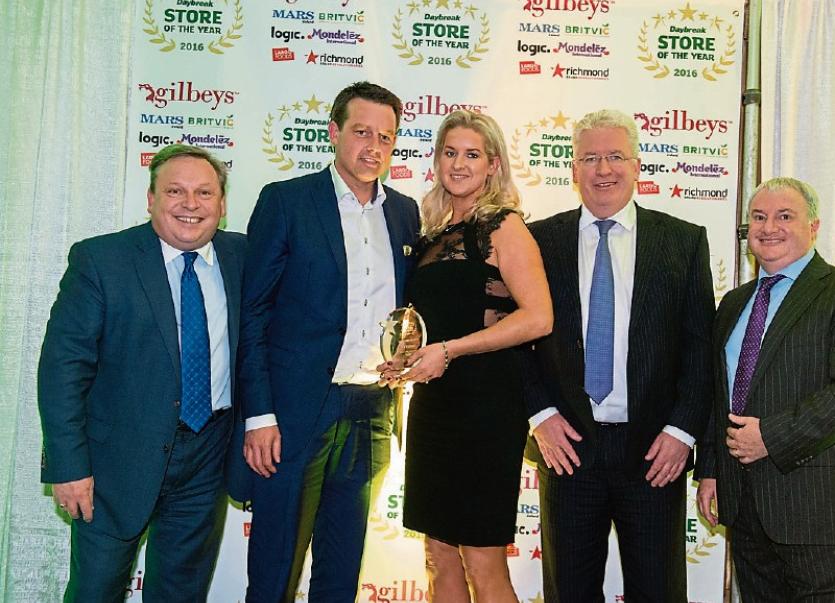 Daybreak Clerihan in Tipperary was awarded the Best Off Licence Award at the annual Daybreak Store of the Year Awards on the 17th November.

The awards, which took place at Mount Wolseley Hotel in Carlow, recognise retail excellence across Daybreak stores nationwide. The Clerihan store is owned by Dean and Triona Hand and employs 13 people.

Fifteen retailers were shortlisted for the awards, which focus on four key areas—products and services, environment, communications and people and behaviours.

During the competition stores were assessed against rigorous criteria on multiple occasions, including a series of mystery shopper audits on store standards. Daybreak Clerihan was awarded a top prize largely based on its impressive customer service and outstanding overall product offering.

In addition, Daybreak is pleased to announce Daybreak Gandon Inn as the winner of the Charity Merit Award for its outstanding achievement in raising funds for the Irish Heart Foundation, Daybreak’s charity partner in 2016.