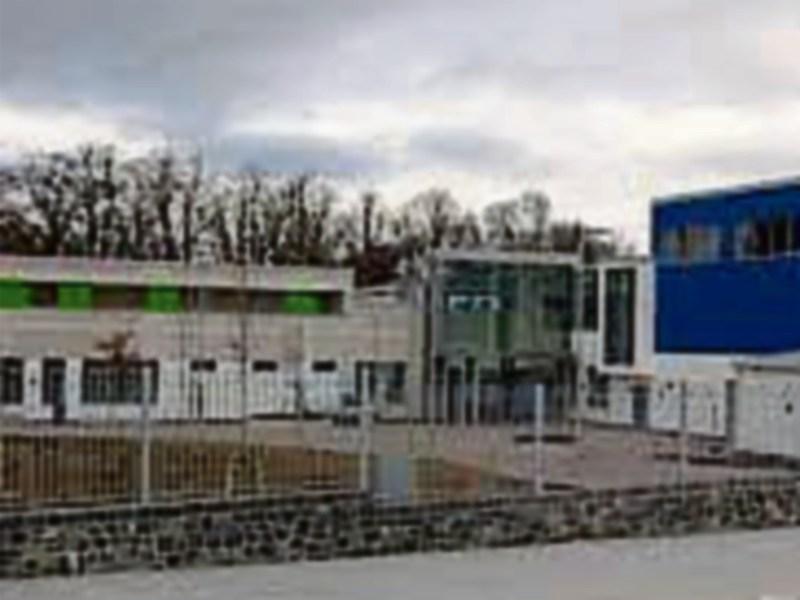 Cllr Hogan unveiled a plaque commemorating the official opening in the school's state-of-the-art 600sq. m. sports hall before a large gathering of the school's students, teaching and administrative staff as well as invited guests representing the school's board of management, parents association, representatives of the local community and local politicians.

Cllr Hogan described the new school, located on a 16 acres site at Tinvane, Carrick-on-Suir as a fantastic facility and the best, newest and brightest school in the county.

"I would have just loved to be in it as a student. It's the culmination of so much work," he said.

Cllr Hogan stepped in at the last minute to perform the official opening after Education & Skills Minister Richard Bruton was unable to attend the ceremony as originally planned.

Tipperary Education & Training Board CEO Fionnuala McGeever told the official opening that Minister Bruton unfortunately couldn't attend as another function was unexpectedly included in his diary for today - a question and answer session on education in Waterford.

She explained that when they were notified of this it was too late to logistically move things around, and a move would have incurred extra spending to the school budget and more voluntary work by all involved in the organising committee.

"We were offered another time to do it today but logistically it would have been impossible to re-organise everything."

"I honestly don't believe they understood how important and exciting this event was to so many people. It has taken so many years to arrive at this point - 25 years. We felt very strongly to stick to the plan so diligently organised by everybody and to celebrate the day in accordance with the wishes of the (school's) Board of Management," she added.

Construction of Comeragh College's new campus began in January 2015 and was completed in March and students and staff moved in after the Easter holidays in early April.

The new school is designed to accommodate up to 500 students and comprises 16 specialist classrooms, 11 general classrooms, a 600sq.m PE hall, a general purpose hall and a Special Needs Unit. There is a 48 space car park, five ball courts and a full-size GAA playing pitch.