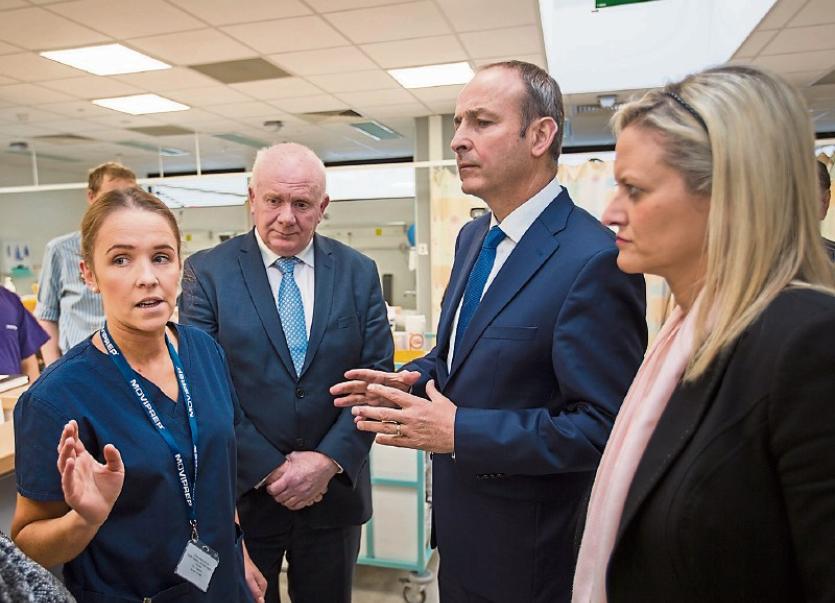 The overcrowding at South Tipperary General Hospital is "out of control" and needs to be tackled urgently, according to Fianna Fáil leader Micheál Martin.

Speaking during his visit to South Tipperary this morning, Thursday, Deputy Martin said that the number of patients on trolleys - which stood at 41 the previous Tuesday, more than any other hospital in the country - wasn't acceptable.

He said there had to be additional capacity in the hospital itself, whether that was through modular buildings or whatever mechanism that was high quality and safe, and this should be prioritised.

"In Cashel, depending on the conditions, any capacity in the system should be utilised to alleviate the pressures in Clonmel.

Having people in A&E departments for long hours is damaging to their health, particularly elderly people or people with respiratory issues. They don't need to be in emergency departments for that length of time and this has to be tackled with urgency".

Deputy Martin said that the South Hospital Group and its executive were very clear that South Tipperary General Hospital, of all the hospitals in the region, merited urgent attention in terms of capital investment.

He said he had made this case to the Health Minister Simon Harris and the upper echelons of the HSE.

"(Former Health Ministers) James Reilly and Leo Varadkar combined had a disastrous reign in health. Notwithstanding the challenges they got rid of the Treatment Purchase Fund and things went from bad to worse.

I'm stunned at the numbers of people now waiting for operations across the country and particularly in this region".

He also said there was a high turnover of theatre nurses in hospitals because of the pressures they were working under.

He said that doctors, nurses and care staff wanted to do a good job.

"It upsets them, genuinely, when they see that's not happening, through no fault of their own, due to the severe pressures. They actually feel that we as a hospital could be doing more for this patient but because of a lack of beds and capacity we just cannot do it".

Deputy Jackie Cahill, who accompanied Deputy Martin on his visit, said that when he visited South Tipperary in October Health Minister Simon Harris "promised us the sun, moon and stars but we have had no progress since.

"I think this modular or pre-fab structure that some people told us we would have in place for this winter was never going to happen.