Former Clonmel Arms Hotel has been secured and cleaned 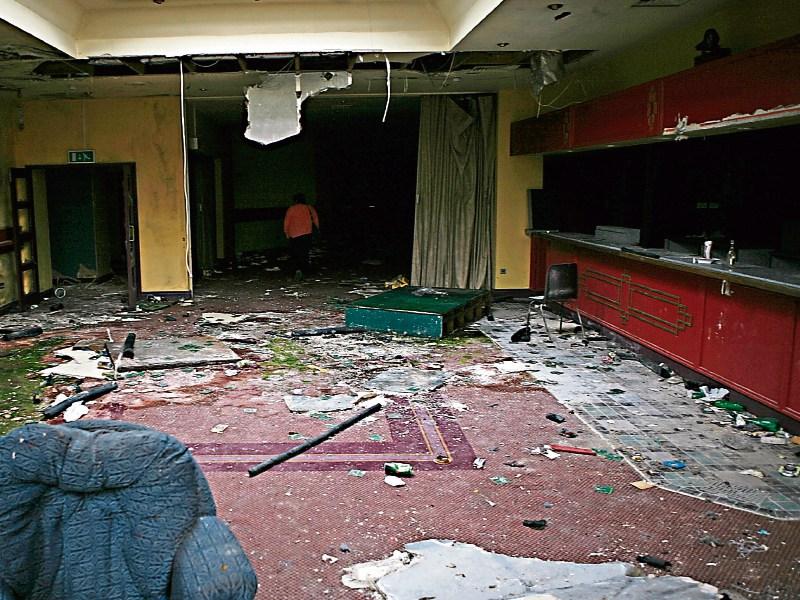 The vandalised interior of the former Clonmel Arms Hotel.

The sole access point to the interior of the former Clonmel Arms Hotel had been closed off and the facade of the building had been cleaned, District Administrator Paul Murray told a meeting of Clonmel Borough District.

He said that the access point, which had been used for some time, had been blocked after the building was thoroughly searched by five Gardaí.

He said that the owner had agreed to secure and clean the building after consulting with NAMA.

Mr. Murray said the deteriorating condition of the building would be taken up with the owner in the New Year.

The condition of the Sarsfield Street site has been a source of concern for council members and officials in recent months, amid claims that the building was being used as a drink and drugs den.

The hotel closed eleven years ago and was placed on the market over a year ago, with a guide price of €500,000, but was withdrawn from sale earlier this year.

District Mayor Andy Moloney said the council had gone over and above the call of duty on this occasion and he thanked Paul Murray for his work in this regard.

He thought they should work with the owner and encourage him to ensure that the site was developed.

The other members also expressed their gratitude to the District Administrator, as well as the owner of the site and NAMA.

Cllr. Michael Murphy said that the former Clonmel Arms site was a priority. The next stage was moving the site on and the members were ready and willing to assist in whatever way possible to ensure that it was developed.

Cllr. Pat English said it was a key site in the town and most people still missed the hotel.

Cllr. Siobhan Ambrose said that a fully refurbished and revitalised Clonmel Arms would be the catalyst for the town.

She said everything possible was being done to promote the site and sell it.

Her preference would be for the building to return as a hotel and it would be wonderful to see the doors of the hotel open again in the near future.