Number of houses for sale in Tipperary lowest in ten years 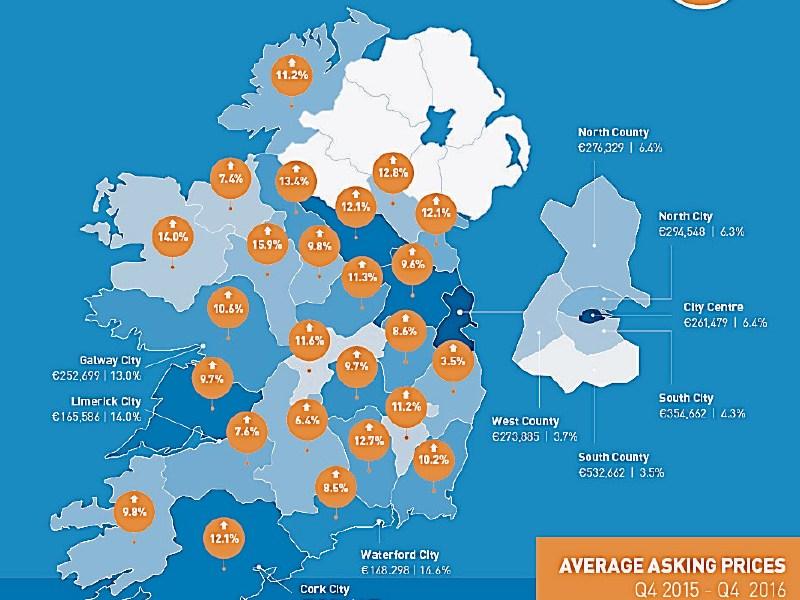 The average price of a house in Tipperary has risen more than 6% in the last year – but the availabilty of houses across the province is at its lowest level since 2007.

Further bad news for those seeking accomodation was revealed in the Daft.ie Irish House Price report for the fourth quarter of 2016.

But there has been a bigger jump in prices in other areas of the province – compared to a year ago, prices in Munster are 10% higher - with the largest gains in Limerick and Waterford cities and the smallest in Tipperary.

There were fewer than 7,800 properties on the market in Munster in December, the lowest availability since the first quarter of 2007, according to the report.

Facts in the report –

daft.ie House Price Report: Q4 2016 - An infographic by the team at daft.ie