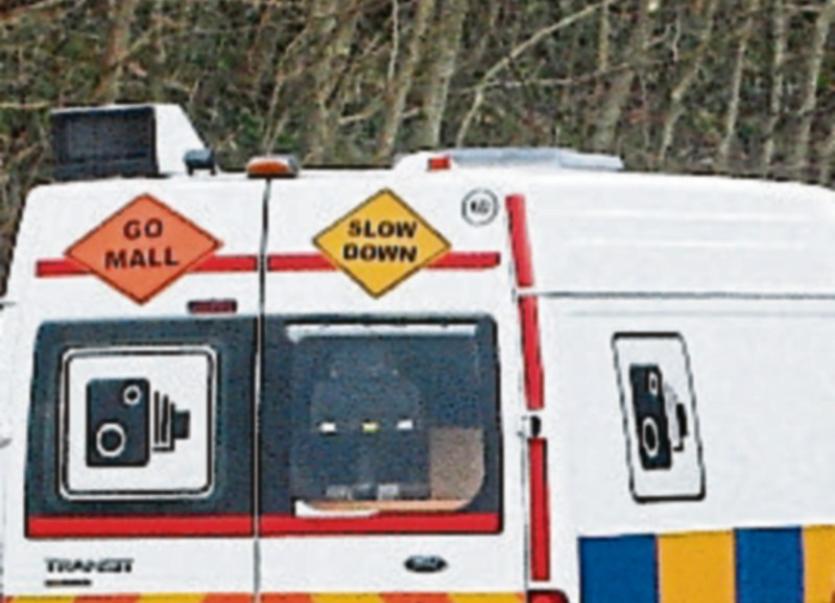 Half of those brought before Tipperary district courts for speeding have escaped conviction and consequent penalty points, figures released by the Courts Service have revealed.

The figures, which were given to Independent TD Tommy Broughan by the Minister for Justice, Francis Fitzgerald show that there were 2,923 cases before the courts between January 2015 and October 2016. However, 1,396 summonses were not served, meaning 48 per cent of motorists failed to get a conviction against them.

The news has led to a Garda inquiry to see how the system can be improved.

On roads where speed cameras operate, the detection system is run by a private company, GoSafe, which has recognizable red or white vans fitted with cameras. The GoSafe operating company, Road Safety Operations, is based in the Isle of Man.

The initial contract to run the system was worth €80m in 2009, but that was rolled over in November 2015 for a further five years at a cost of €115.5m, despite concerns about the GoSafe system dating back as far as 2012. One judge has described the system as “inherently flawed”.

A trawl through the court lists in Nenagh District Court from September to December 2016, showed that more than half of those summonsed for speeding escaped penalties, with 68 GoSafe cases were before the court and 45 being struck out for various reasons.

However, on one court date in the same period at the same court, two Gardai brought 43 speeding cases with only 12 being struck out.

Each court case involves a GoSafe operator or operators having to attend court. On one day, there were 16 cases listed, nine were struck out and seven operators were in court.

In most cases, motorists simply turn up in court and swear they never received a summons in the post. As such summons are served by ordinary post, the Gardai, as prosecutors, have no way of knowing whether of not that might be the case.

Former Transport Minister Paschal Donohoe said in 2015 that new software would help prove delivery of fixed-charge notices. The software cost €6.5m and was due to be ready in late-2016.

In other instances, the motorist has attempted to pay the fine but has missed the payment deadline, sometimes by a day and the case then ends up in court. It may then be dismissed by the sitting judge on the basis that the State is inflexible and the motorist has made a genuine attempt to pay up. Other cases include the owner of the car not being the driver on the day and, by the time the correct paper work is done, the named driver had not received sufficient notice to pay the fine on time.

In some case, the summonses should have been issued for a different court district.

However, in two recent sittings of Nenagh District Court, a whole raft of cases were struck out because the GoSafe operator was in another court on the same day and the defendant had not been notified and had attended court.

During the September to December period, the highest speed detected in which the motorist avoided conviction was 138km/h in am 80km/h zone.