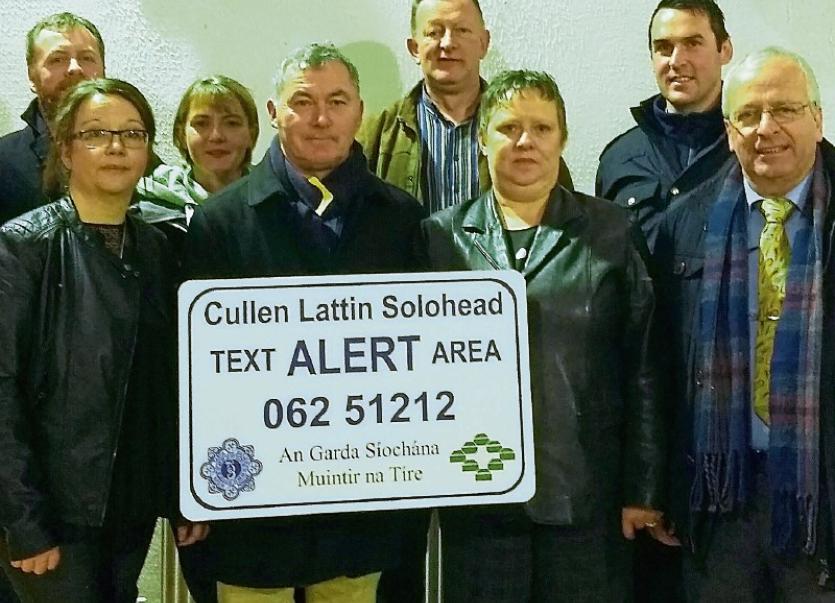 Chairperson Pat Toomey welcomed everyone to the launch. “It is great to have the text alert in the area and only two weeks ago our text alert was so active it tracked down people in vans that were seen in other local communities acting suspiciously. That's the kind of community we are living in and we all look after each other.”

The committee spoke about how important it was to have a text alert in the area and how it works. If you see something suspicious in the area ring the Garda station immediately. Local community Garda Colin Hanly highlighted this point saying they are there to take the phone calls, serious or non-serious and they are there to help. “It’s good to be part of a great team and community and I look forward to working with you all.” Garda Hanly is fully committed to the text alert and got behind the project in January 2016 when the project had come to a standstill.

TD Mattie McGrath said that the Text Alert should be in every parish and it great to see it in the Cullen Lattin Solohead area. “I’d like to acknowledge the hard work of the voluntary committee as it is only for these people that these things get done.”

Depending on funding there will be more new signage going up on byroads in the New Year. It was also announced that for the first time all communities will get a rebate of €100 this year from the government.

“Anyone over 65 in our community can get a panic alarm inserted for €66 a year which is a great idea,” said Regina Ryan, Secretary for the Text Alert project and staff member of Muintir na Tire. “Even if your are ouside and something happened you can press the panic button and the Gardai will be alerted.”

If anybody wants to know how to become a member of Text Alert please contact any of the committee members.