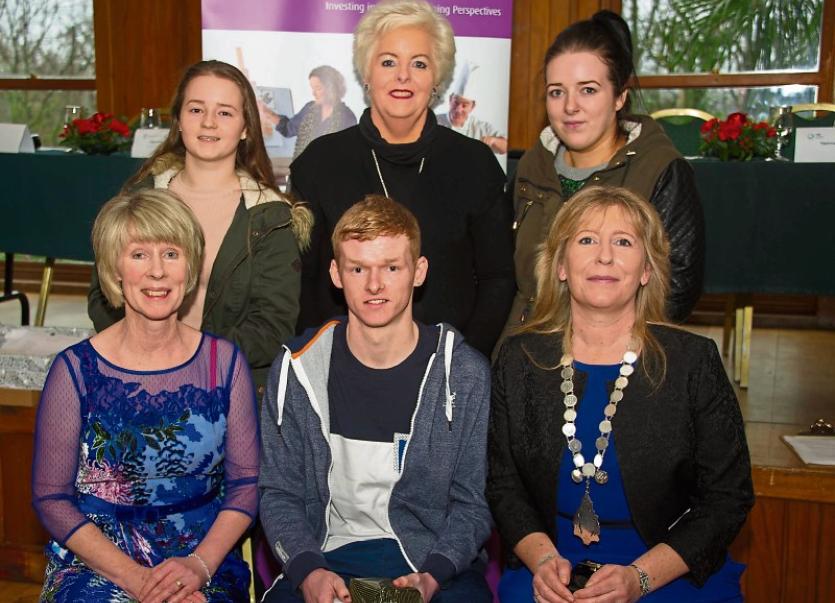 Area Manager, Kitty Galvin Hennessy extended a warm welcome to all attending before handing over to compere Jamie Strappe, a current Computer & Office Skills student at the National Learning Network.

Rose Linnane gave a short outline of her experience in the National Learning Network where she described how she made friends there and enjoyed the learning environment.

The Deputy Mayor of Clonmel Catherine Carey returned to the stage to present certificates to students attending the ceremony. .

An award was presented to representatives from Tesco Clonmel and Clonmel Day Care Centre for supporting students in their work places.

This award is presented annually to the student that has contributed significantly to the Roseville Community.

The National Learning Network Clonmel isn’t just about academic development, they also encourage students to engage in other activities. This holistic approach to education aims to make the student a more rounded individual.

Mo Flynn, CEO Rehab Group, reiterated her praises on all the students hard work during the year. She was delighted to be invited as a special guest for the day and hopes that the centre will continue its success in the future.

The ceremony was closed by the National Learning Network’s Kitty Galvin Hennessy, which was followed by group photos and refreshments.