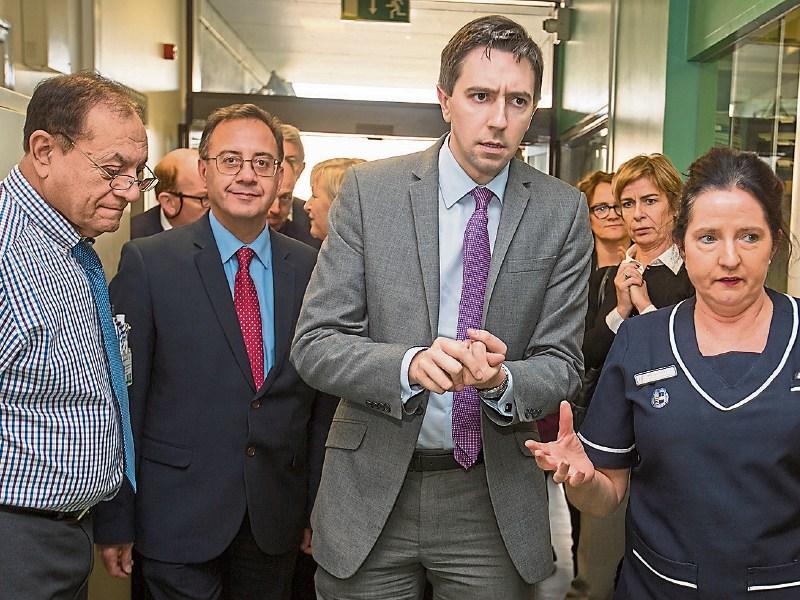 South Tipperary General Hospital tops the trolley table in the country again today with thirth three patients lying on trolleys in the corridors and wards of the overcrowded hospital.

On Monday morning the Clonmel hospital was top of the Irish Nurses and Midwives daily trolley watch table along with Limerick University Hospital.

The Clonmel hospital , in which conditions have been described in recent weeks by Consultant Paud O Regan as “dangerous and degrading”. regularly tops or is near the top of  the INMO trolley  table.

Anger has been expressed in recent weeks at the delay in putting in place forty acute hospital beds which are urgently required to address the crisis.

Health Minister Simon Harris visited the hospital in October and described the overcrowding there as “utterly unacceptable”.

Minister Harris , who  promised a decision on the way forward in Clonmel by the end of the year  ,has been called on to “live up to his responsibilities” by elected representatives.

They have called on him to make a decision onthe best available option,which includes a forty bed hotel unit, a forty bed modular build and possible use of   Our Lady’s Hospital Cashel for step down beds,  so that progress can be made.