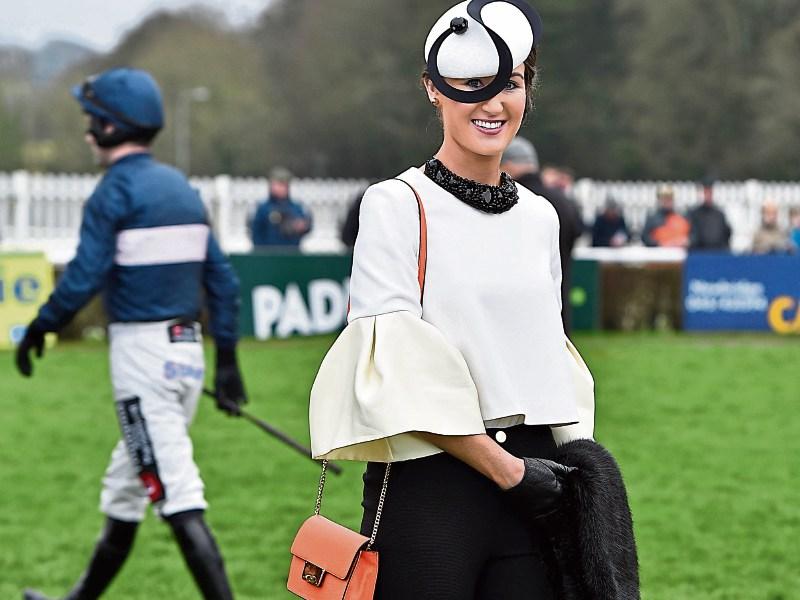 Hannah Crosse, from Kilfeacle, was declared the Best Dressed Lady at the Hugh Statham Winter Ladies day at Naas Racecourse on Sunday, January 8.

The pharmacy retail manager went racing with her sister-in-law, Triona and returned a few hours later the proud recipient of a new €2,600 Raymond Weill watch, courtesy of Hugh Statham Jewellers who sponsored the fashion competition on the day.

Hannah's monochrome outfit caught the eye of the judges, TV3’s Glenda Gilson, Bairbre Power of the Irish Independent, Anna Fortune of The Kildare Post and Jennifer Stevens of Irish Country Magazine.  Her elegant ensemble included an off while top with trumpet sleeves, Ted Baker trousers and Paula Rowan gloves.  She also wore black patent LK Bennett shoes and topped the whole look off with a stunning hat by Galway milliner, Edel Ramberg and a bright orange bag which provided a pop of colour.

The four runners up in the fashion competition also won a necklace each worth €250 from Hugh Statham Jewellers in Naas.  Speaking after the announcement of the best dressed lady was made Glenda Gilson said, “I was really impressed with the fashion here today, the standard was very high.”  Fashion sponsor, Hugh Statham said, “it’s always lovely to see someone who has their own style and can create a look that is very much their own. I thought that Hannah was so elegant but her look was also distinctive and individual.” 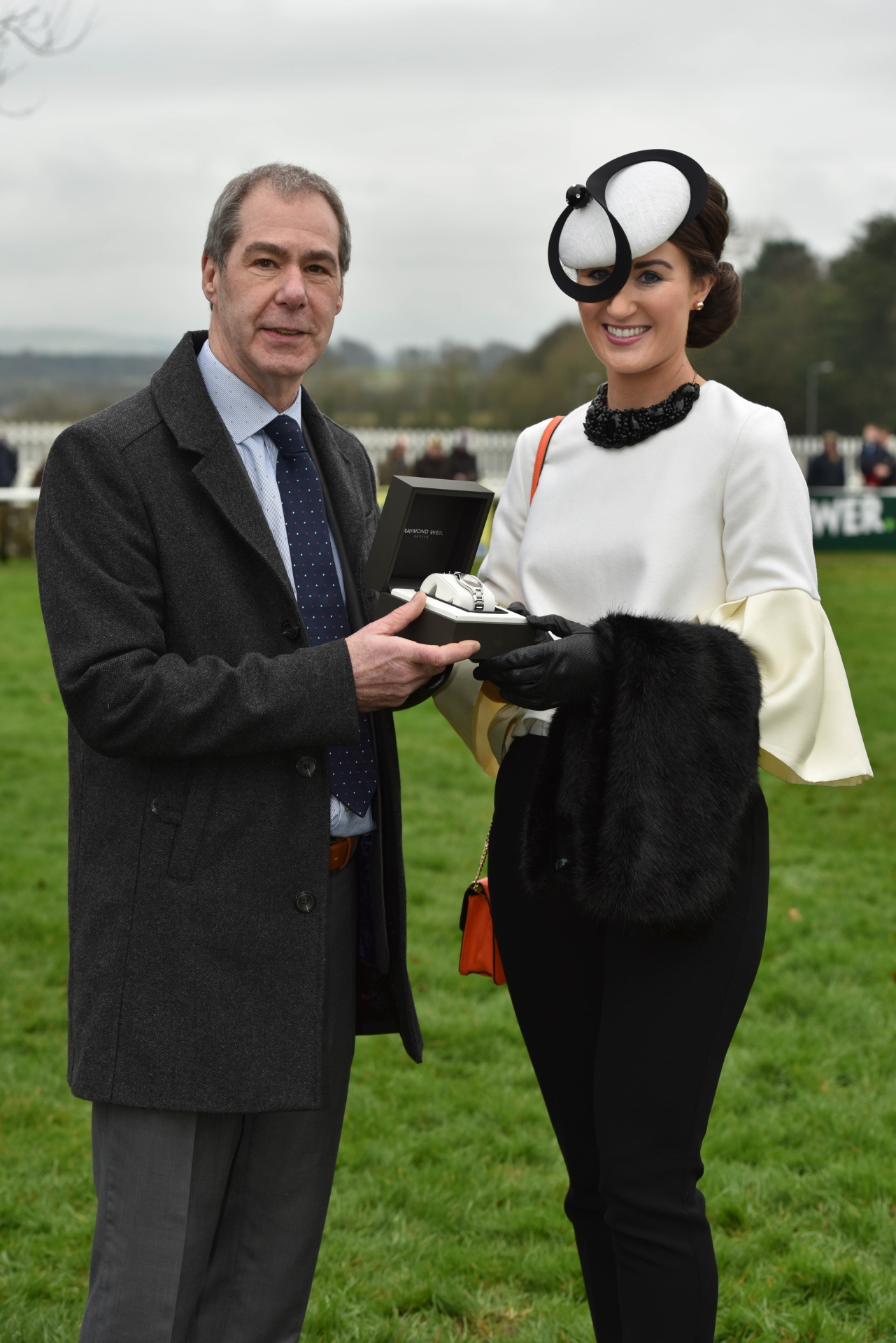 The 5,732 strong crowd watched the Gordon Elliott trained, Death Duty storm to victory in the capable hands of jockey, Jack Kennedy.  The premier Grade 1 racehas featured top-class performers in the past such as two Grand National winners, Pineau De Re and Rule The World and was the first fixture of the National Hunt Season in Kildare.