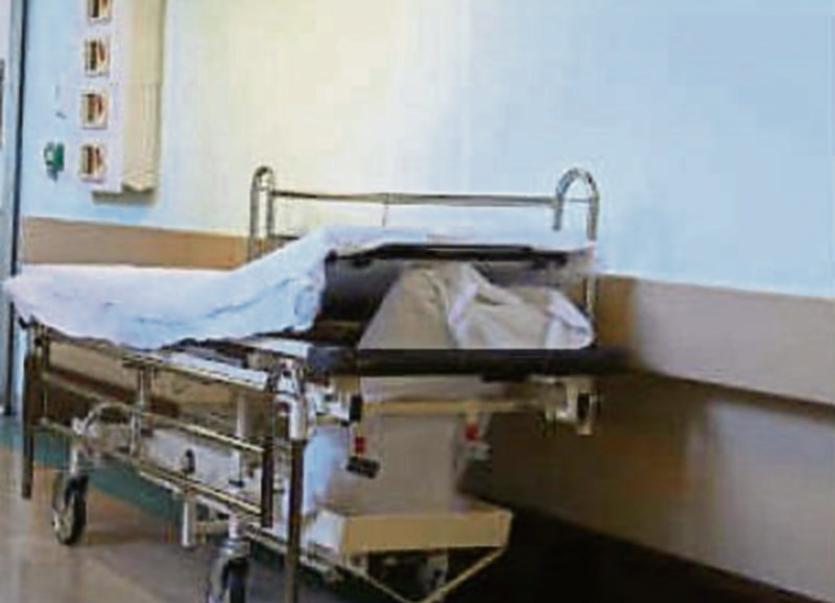 With South Tipperary General Hospital bursting at the seams, the HSE has confirmed that a proposed new surge capacity unit  at the hospital will accommodate trolleys and not beds as initially stated by organisation.

The HSE,in a statement on Tuesday afternoon announced a new eleven bed surge capacity unit  for the overcrowded Clonmel hospital.The HSE stated   that the   unit will be  located over the CT unit at the hospital, and  will be completed no later than the end of June.

In response opposition TD’s Deputy Seamus Healy and Mattie McGrath  bot sta ted that it was their understanding that the new surge unit would accommodate trolleys and not   beds as announced by the HSE .

On Tuesday night the HSE, in another statement on the matter, clarified the situation and stated that the new unit would accommodate trolleys and not beds as stated in their original statement.

Funding of  €700,000  for the unit  was announced prior to the visit of Minister for Health Simon Harris to the hopsital last October and a further €800,000 was announced this week.

Pressure is mounting on Minister Harris to make a decision, promised by the end of 2016, on what accommodation option he is gong to proceed with at the hospital in an effort to resolve the overcrowding crisis.

Among the options are a forty bed modular unit, forty bed hotel unit and possible use of Our Lady's Hospital, Cashel for step down beds.

The HSE on Tuesday said  there was a national framework  established  to deal with the accommodation  issue  and it is expected that a mini competition for STGH will commence shortly.

Seamus Healy TD said the surge unit would be too late for this winter .

“There could be anything from twenty  to forty four people on trolleys  at the moment. This unit will be an improvement in that some of the trolleys will be in this unit.Patients on trolleys in this unit will have more privacy in that they will not be in corridors  and will have curtains around them  but it will not go anywhere near solving the underlying capacity  problem” he said.“

Deputy Healy said nobody knew if a forty bed unit was going ahead at the hospital because Minister Harris had yet to make a decision on options that were put to him.

“No decision has been made yet. There is no guarantee when that mini tender competition for Clonmel is over that Minister Harris will actually proceed with a forty bed unit”. he said.

Deputy Mattie McGrath said the surge unit amounted to “a sticking plaster with no adhesive”.

“This is not a bed unit as described by a PR company engaged by the HSE. This is an overflow bay for trolleys. They will basically be hiding the patients away but they will still be on trolleys” said Deputy McGrath.

He said there would be some improvement for the patients on the trolleys as  some of the trolleys will be moved off the public corridors and  public foyer.

“We have  had announcement after announcement about forty bed hotel units and the like but we are nowhere near getting those forty beds because Minister Harris has not yet decided on the best way forward to address the chronic overcrowding in Clonmel“, he said.