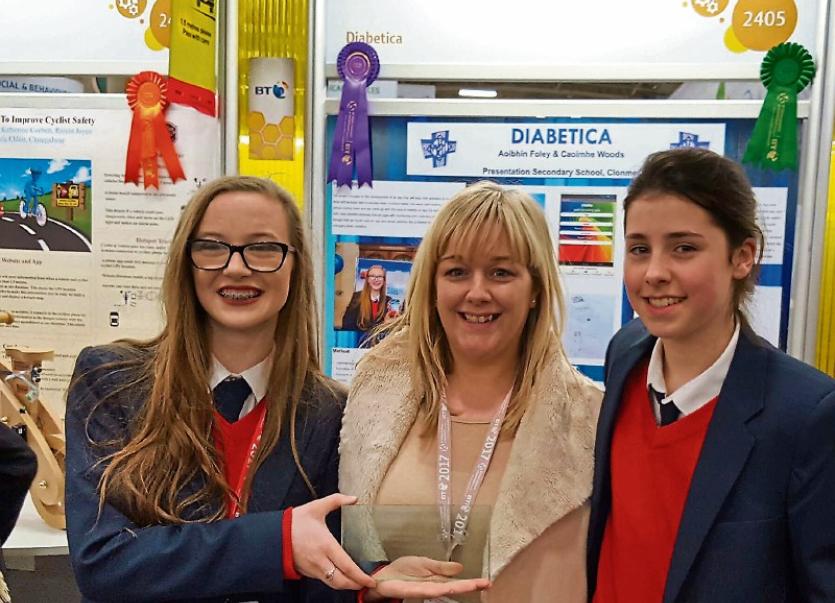 Among those to be honoured were entries from the Presentation School, Clonmel and the Abbey CBS in Tipperary town.

It's the second year in a row for the Presentation to take home an award.

Aoibhin Foley and Caoimhe woods, both second year students, won the Alexion Award at the exhibition. The project was highly commended in their category as well.

The girls have designed an app through computer coding to help irish diabetics manage their diabetes. The app records, stores and analyses data for the diabetic.

“Diabetica” was the name of the project and the girls were supported throughout the whole project by their teacher Ms.Tracey O’Leary.

The school is very proud of the girls' outstanding  achievement. The school is renowned for its promotion of the STEM subjects and encourages  students to progress in all areas of research and innovation. 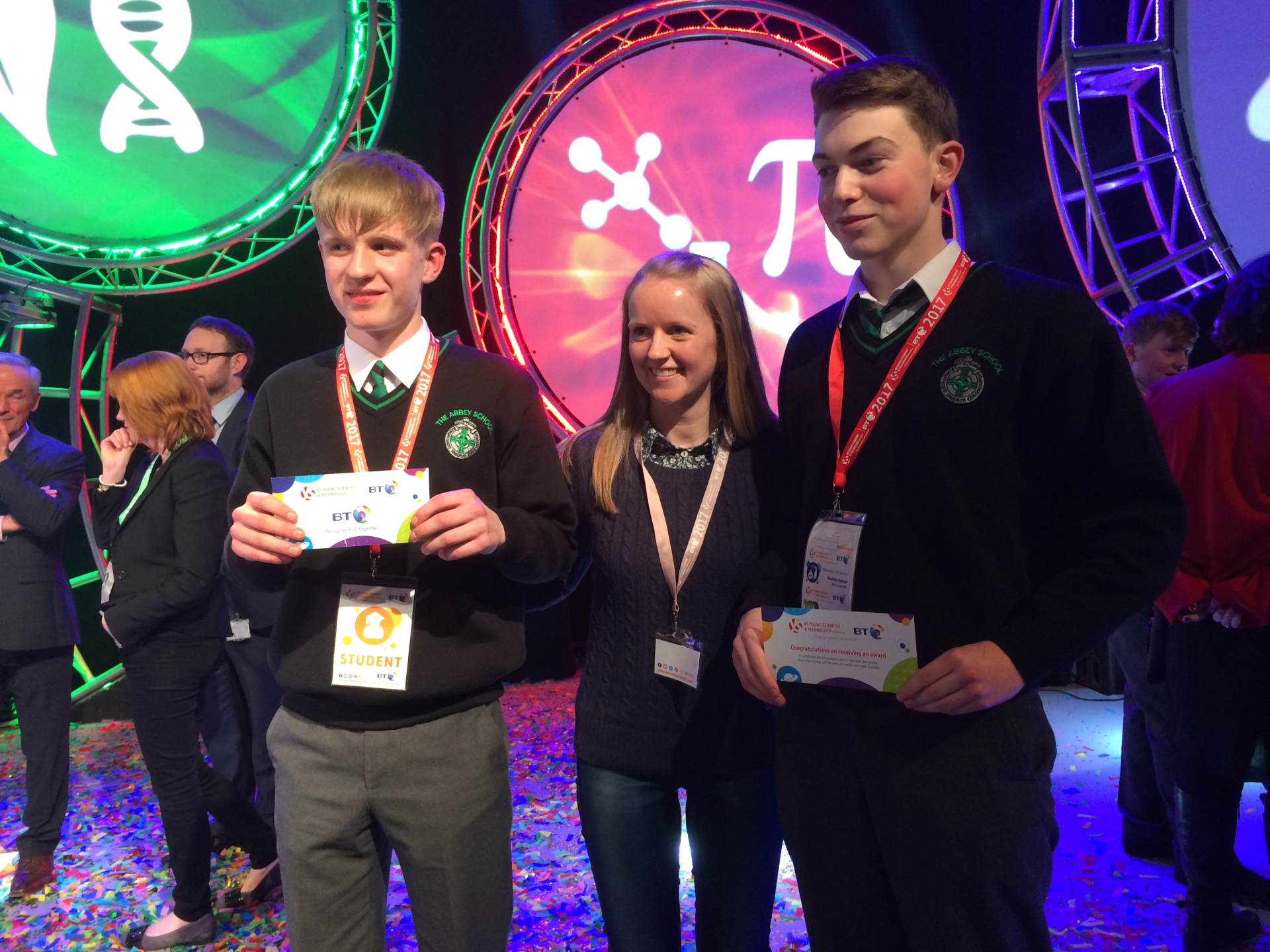 The boys put endless amounts of work into their research which included both quantitative and qualitative data.  Their quantitative data consisted of 582 surveys from students in The Abbey School and St. Anne’s Secondary School and their qualitative information was taken through focus groups in both schools and interviews with seven top sports stars from around the country,  including Kerry senior footballer Kieran ‘The Star’ Donaghy, local Rugby star Alan Quinlan, Cork 10 time Senior Ladies Football winner Valerie Mulcahy amongst others.

The boys won third place in the Intermediate Group of their category (Social and Behavioural Sciences) which consisted of 115 projects.  Both Tadhg and Jack were in shock heading up onto the stage to accept their award.

As they said “all the hard work, research and preparation had paid off immensely”.  They were thrilled to have placed third in their group category and so proud to represent their school.  The boys returned to a rapturous reception on Tuesday morning to celebrate their win.  At it they thanked everyone who had helped them along the way especially Ms. Marian Keating their teacher and Bernard McCarthy of NUIG who advised the boys with their research and investigation.