Tipperary motorists to pay for parking by phone 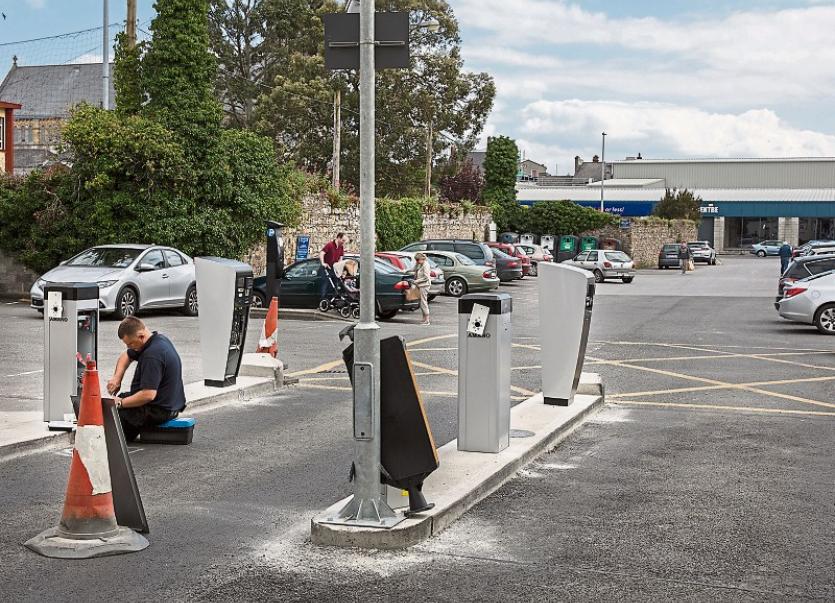 Tipp motorists will soon be paying for parking by phone.

Tipperary motorists will be able to pay for their car parking by phone in the near future as Tipperary County Council rolls out its e-parking initiative.

The scheme, which will cost €25,000 to set up, was revealed by director of transport Marcus O'Connor to councillors at their January meeting in Nenagh.

No printed ticket will be issued when motorists pay for their parking using the new system but the council is updating the hand held devices currently used by traffic wardens to issue parking fines so that they can read whether or not people have paid for their parking.

The current system will continue to remain in place with ticket machines accepting coins.

Mr O'Connor said the council will launch a campaign at the end of January or in early February to herald the new system and they will be encouraging people to download a new app on to their smartphones. The app can be downloaded from www.tipperaryeparking.ie or www.tipperaryparking.ie

Motorists can also make their payments through using a 1890 phone number that will be displayed in car parks. However, if you use the phone number there will be an extra charge as 1890 numbers are premium lines.

“If you download the app you can then pay for parking anywhere in Tipperary,” said Mr O'Connor. “You can extend it without having to return to your car.”

He also told the council that it will be possible to load credit into your account and top it up when required.

It will also reduce the hours the wadens currently spend emptying the cash machines and reduce banking charges.

For motorists, it will allow them to pay by credit card, they won't have to return to their cars to top up payments and it is quick and easy to register online, he said.

The initiative was given a general welcome by councillors, with Cllr Michael Murphy asking if parking charges can now be reduced. "This is positive news around parking," he said.

Cllr Seamus Hanafin was told that it would not be possible to park your car in one street and then move to another zone without making another payment.

Cllr Jim Ryan asked that the 1890 number be replaced with a Freephone number to save costs. However, the director of transport said that they would be urging people to download the app and not use the phone number.

Mr O'Connor told Cllr John Hogan that motorists will be able to have a reminder sent to them that there parking time is running out, but there would be a charge for the service.

A similar parking system isin use  in other counties for the past number of years, with Limerick launching its eparking in 2005. The uptake at present stands at 38 per cent, said Mr O'Connor. In Cork, it is 27 per cent, while Ennis has a 75 per cent uptake on using eparking with 70 per cent in Kilkenny where there are app only parking zones.