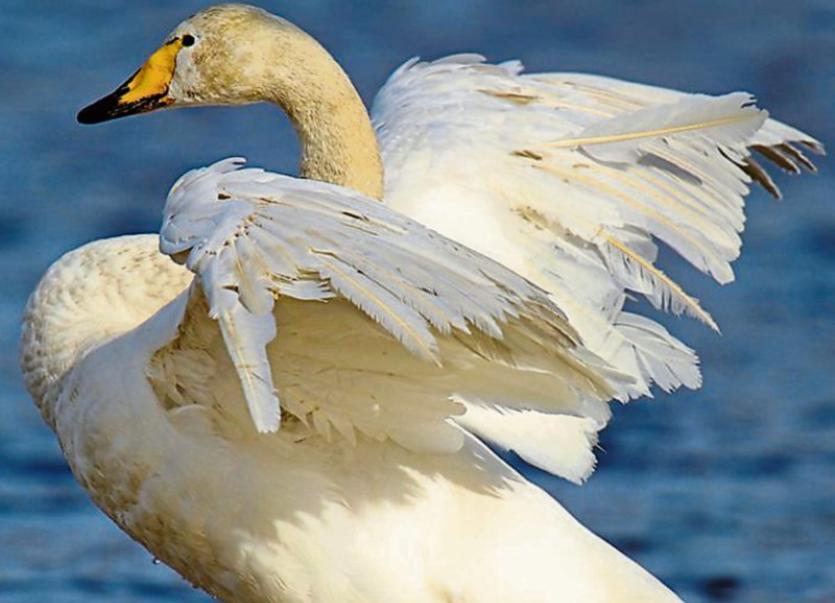 A case of avian flu has been confirmed in Borrisokane Co. Tipperary, bringing to three the number of bird flu cases detected in Ireland in recent weeks.

The disease was confirmed on Wednesday in a ‘Whooper Swan’ - a migratory bird which comes to Ireland during the winter months. While the disease poses a very low threat to humans, it can cause serious disruption and loss of earnings if transmitted to local poultry farms.

The influenza H5N8 virus was detected earlier in the week in a wigeon, a species of wild duck, in Co. Galway, while another case was found in Wexford in December.

Commercial poultry owners are urged to exercise extreme vigilance over their flocks, and report any cases to the nearest Department Veterinary Office.

Avian flu symptoms include include lethargy, loss of appetite and excessive thirst, swollen head, and blue discolouration to the neck and throat.

Farmers are advised to impose strict ‘bio-security’ measures to prevent contamination.  The Department of Agriculture says it is continuing to monitor the situation in Co. Tipperary.

Members of the public who encounter large numbers of wild dead birds can contact the DAFM Avian Influenza helpline on 0761064403 or to a local Regional Veterinary Office.