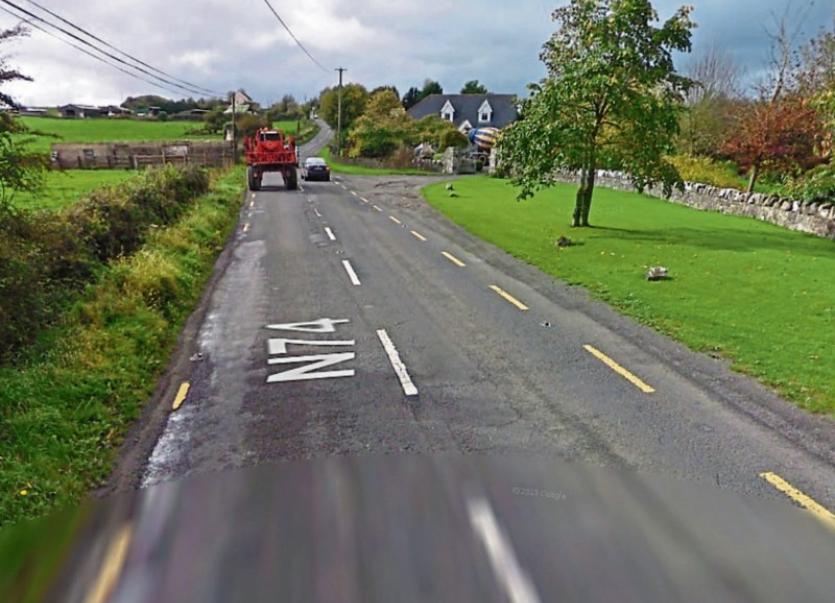 A stretch of road at Churchquarter, Kilfeacle, where the multiple car crash took place

Seven people had to be hospitalised following a major crash on the road near Thomastown between Cashel and Tipperary town on Tuesday evening.

Tipperary town Gardaí are investigating the incident which took place at Church Quarter, Kilfeacle, on the N74 Cashel-Tipperary road around 6.45pm (January 17th).

It’s understood one car rear-ended another car, precipitating multiple crashes, with up to three cars involved. Seven people were reportedly brought to Clonmel Hospital, although none with life threatening injuries.

Emergency services attended the scene but the road did not have to be closed for diversions. Witnesses can call Tipperary Garda Station at (062) 80670.

One local resident voiced his frustration at speeding in the area, and called on local Councillors to take action.

“Thomastown, sadly, is becoming increasingly dangerous as people overtake in what is meant to be a speed-controlled zone,” said Jackie Cahill.

“I don't have any insight into what happened in this incident, I stress, but speed ramps were promised in this area before and not delivered upon. I almost lost my life one day turning left at Thomastown cross to drive up towards the village and missed a car by inches which was overtaking recklessly coming down the hill. Action needs to be taken urgently to prevent further incidents as this is a residential area that also contains a primary school. I hope and pray that everybody involved in this accident will be ok. I would urge local policy makers to take note and act swiftly,” added Mr Cahill.