Tipp Town bypass could be decades away 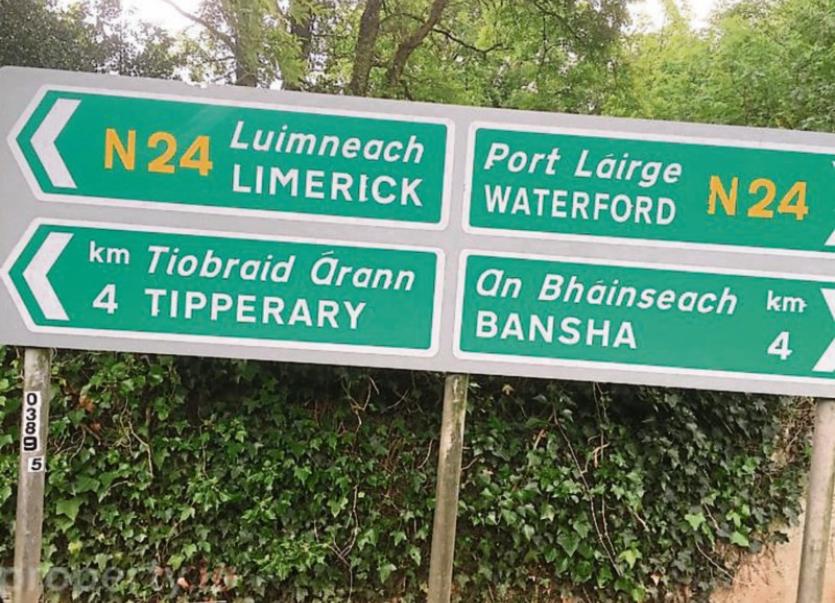 The long-awaited N24 bypass of Tipperary Town and Bansha is in danger of getting no funding until after 2021.

Design, environmental impact assessments and the construction times would then mean that the promised road could be decades away from opening if the project is not put back on the government’s priority list, local councillors have been warned.

The proposed new road from Pallasgreen to Cahir was first looked at in 2000 and the route selected and approved by the National Roads Authority in 2003. An Environmental Impact Statement was prepared and preliminary design began but there has been no funding for the project since 2012 and there will not be until it is put back on the government’s priority roads projects list.

At a meeting of Cashel Tipperary Municipal District Committee last week, Glen Jones, a senior engineer from the regional roads design office in Tramore, said after the delay the EIS would have to be started again. That would be the next phase of work, along with Compulsory Purchase Orders for the land needed.

If there was funding to go ahead with the project today, Mr Jones explained, it would be 2020 before the finished design would go to An Bord Pleanala; detailed design would be complete in 2022 and tenders would be awarded late that year, then construction could start in 2023.

However there is no funding available. The current priority list runs to 2021. There is a mid-term review later this year and Mr Jones urged councillors to lobby for the N24 project to be put back on the priority list during that review or they will have difficulty getting any funding for the project before 2021.

“We were told in the late 90s we would be driving on it in 2005,” Cllr Denis Leahy recalled. Cllr Leahy reminded councillors of a meeting of public representatives when the then Minister Martin Cullen “promised the money was there.”

“We are the ones bypassed, the people of Tipperary,” Cllr Leahy said.

Cllr Michael Fitzgerald said they were “at nothing looking backwards, we have to look forwards.” He siad the mid-term review of roads projects would be “crucial” and everything must be done to position the N24 project properly. “We need every help now, we have a real opportunity, let us make sure in this mid-term review that the N24 Pallasgreen to Bansha route is a priority!”

Cllr John Crosse said they should look at a ring-road again as businesses in the centre of town are finding it hard to trade with the current levels of traffic.

Director of Services for Roads with Tipperary County Council, Marcus O’Connor, said lobbying is planned. Council officials are going to meet soon with Transport Infrastructure Ireland (TII) and they are going to set up a group representing all the local authorities along the proposed N24 route.  He said it would not be easy as there are other schemes also trying to get on to the priority list.

He told councillors that if they wanted to see a road complete by 2023 they would need to be starting work now. “We’re not even in the starting blocks,” he said.

All councillors were in agreement that they will  lobby to have the route made a funding priority and get local oireachtas members to support them.