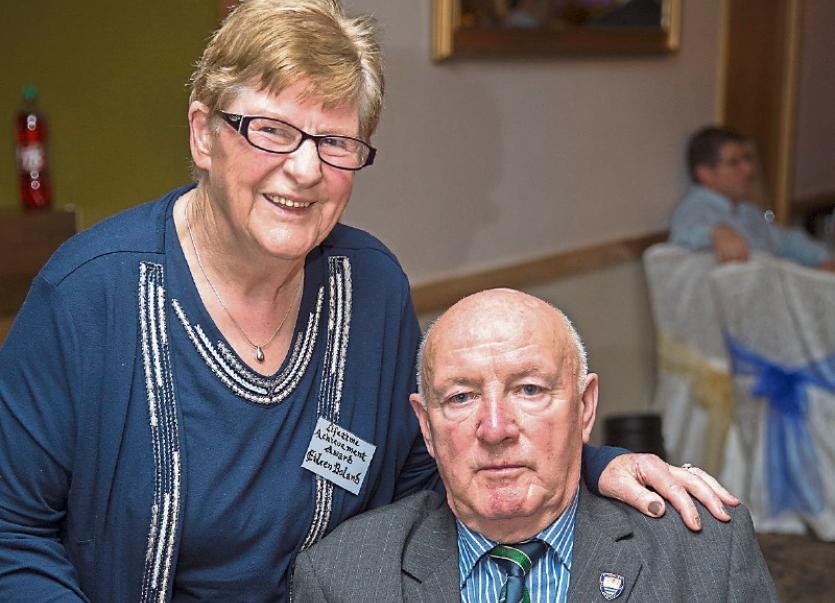 A club has always been about much more than what happens on the field and that was  personified by two  recipients  of the prestigious Annerville sporting awards presented this week  who share a powerful bond.

The “heart and soul” of the Moyle Rovers Club Eileen Boland, who lost her husband Charlie  to Motor Neurone Disease after caring for  him for seventeen years , and St.Michael’s AFC President and legendary goalie Mick Flynn, diagnosed with Motor Neurone Disease three years ago, were both honoured this week for the special role they have played for their clubs over  decades.

Eileen, selected for the Lifetime Achievement Award by the United Sports Panel who present the annual awards, and Mick, selected as the Knocknagow award winner, both have good reason to be able to put sport into perspective.

While they have both gained immense satisfaction  from the incredible success  achieved by both Moyle Rovers and St.Michael’s on the field of play, it is the role that their respective clubs have played in supporting their families  and  a cause so close to their hearts that has given them  even more joy.

The sense of family and togetherness  that the Irish sporting club is in a unique position to deliver  was a great source of comfort and strength  to Eileen, Mick  and their families  when adversity struck.

They were both surrounded by emotional  family members , friends and proud club colleagues as they received  their awards on Saturday night at the annual Annerville Awards ceremony.

It was a very special moment to share with the people who had stood by them during difficult times.

They were overwhelmed by the compassionate support of club members  and the very generous response they gave to  fundraising events that were held for the Irish Motor Neurone Diesese Association  of Ireland. 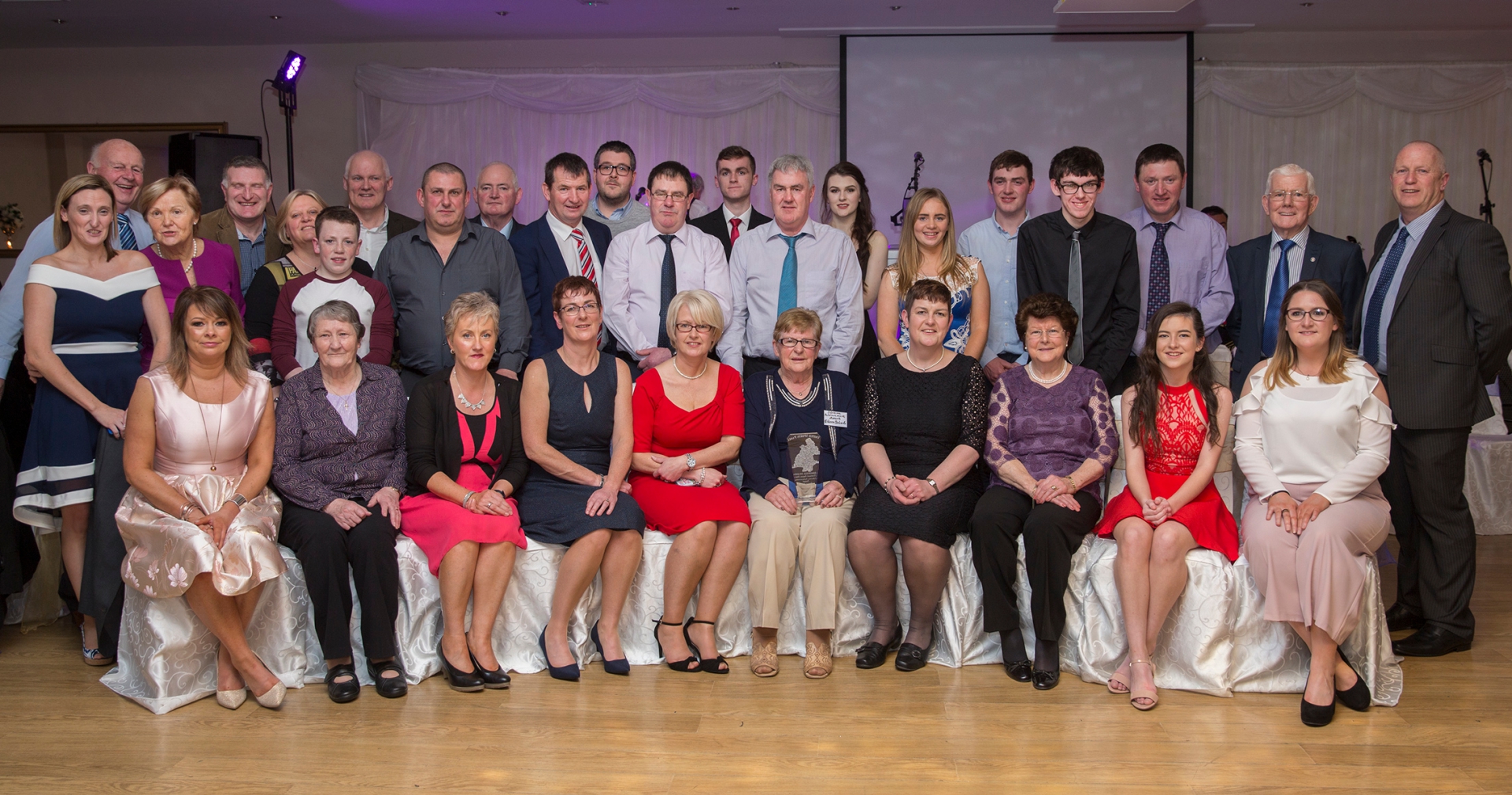 Grandmother Eileen Boland, who did two parachute jumps and abseiled from the roof of Croke Park last year to raise funds for the Motor Neurone Association, said the members of the club gave her magnificent support.

“ I have great friends in the club, they were all so good to me  in every way. The support of so many in the club means everything to me, that is what a club is all about, it’s more important than winning”  said Eileen.

Mick Flynn’s daughter Sandra said the family were absolutely thrilled by the support given by St.Michaels on every occasion they decided to hold a fundraiser for the Motor Neurone Association  over the last few years. 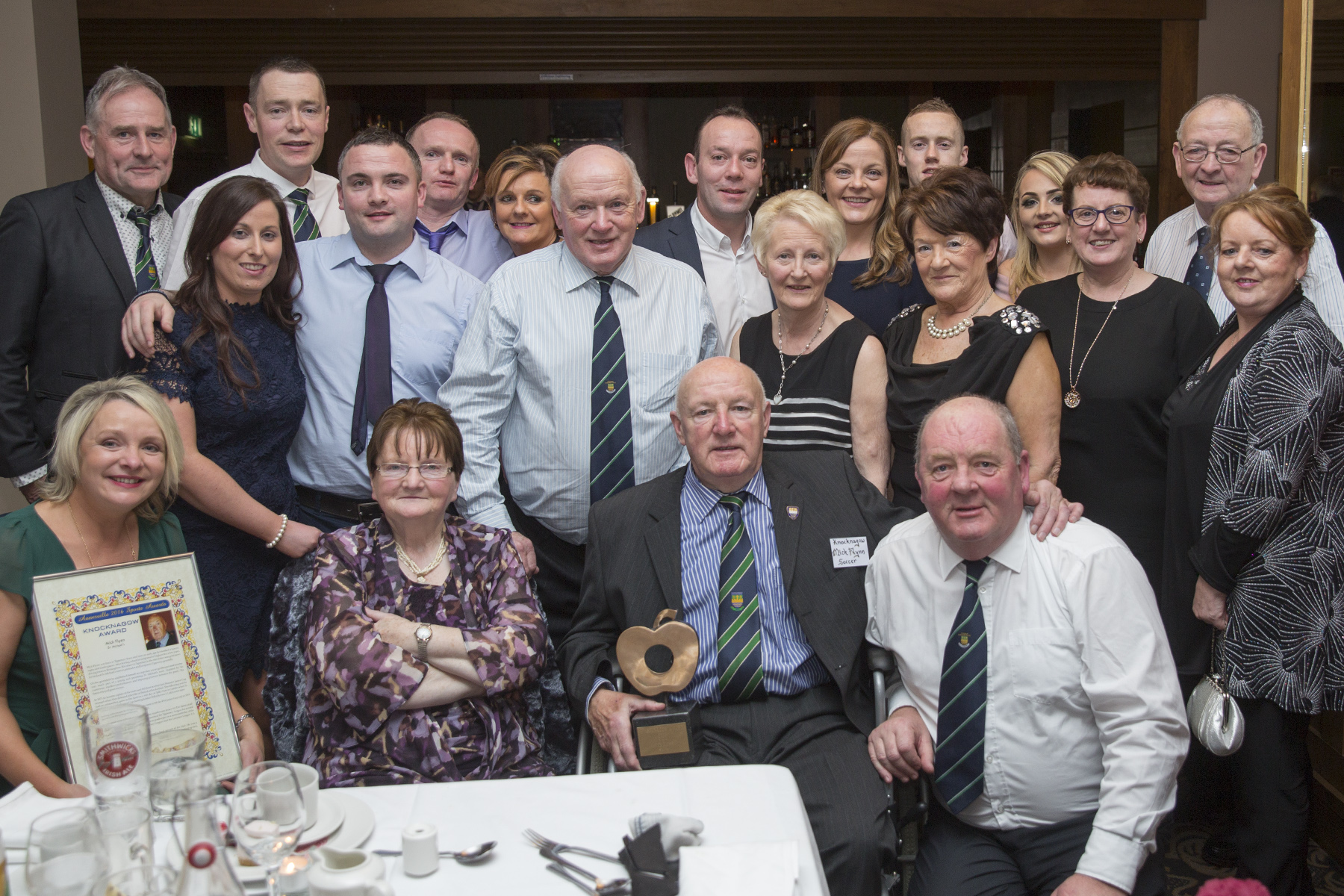 “We have had church gate collections and other events to raise funds for the Motor Neurone Society and the support has just been phenomenal.

That is something you never forget, it's bigger than sport”, she said. On the sportsfield her father  Mick    led St. Michaels  to their first Munster Junior Cup triumph in 1973 when they defeated Johnville of Waterford in the final.

The following year he had an outstanding game in the final on a wet day at Tolka Park in Dublin when St.Michael's won the FAI Junior Cup, beating holders Tolka Rovers 3-1 after extra-time.

He wore the number one jersey for The Saints at all levels for a total of thirty years and gave great service to the club off the field.

Eileen Boland joined the Moyle Rovers club when it had no home  in the 1970s driving young players to and from training to Ferryhouse and bringing players to matches all over the county.

She  was elected juvenile secretary in 1985, a position she has held for each of the last 31 years.

Her work helped lay the foundations for the club's golden era, .

The presentation of the Annerville Awards  was a  very special occasion for the Flynn and Boland families.

Eileen Boland, who many expected to drop from  the roof of the ceiling accompanied by ' Mission Impossible' background music  to  pick up her award, received a rapturous welcome..

There were  emotional scenes for the last presentation of the night  as Mick Flynn was given a standing ovation  as he entered the room to make his way up to Eoin O’Gorman,General Manager of Bulmers who sponsored the event, to receive his award.

It was a fitting honour for two people who had given so much to so many. 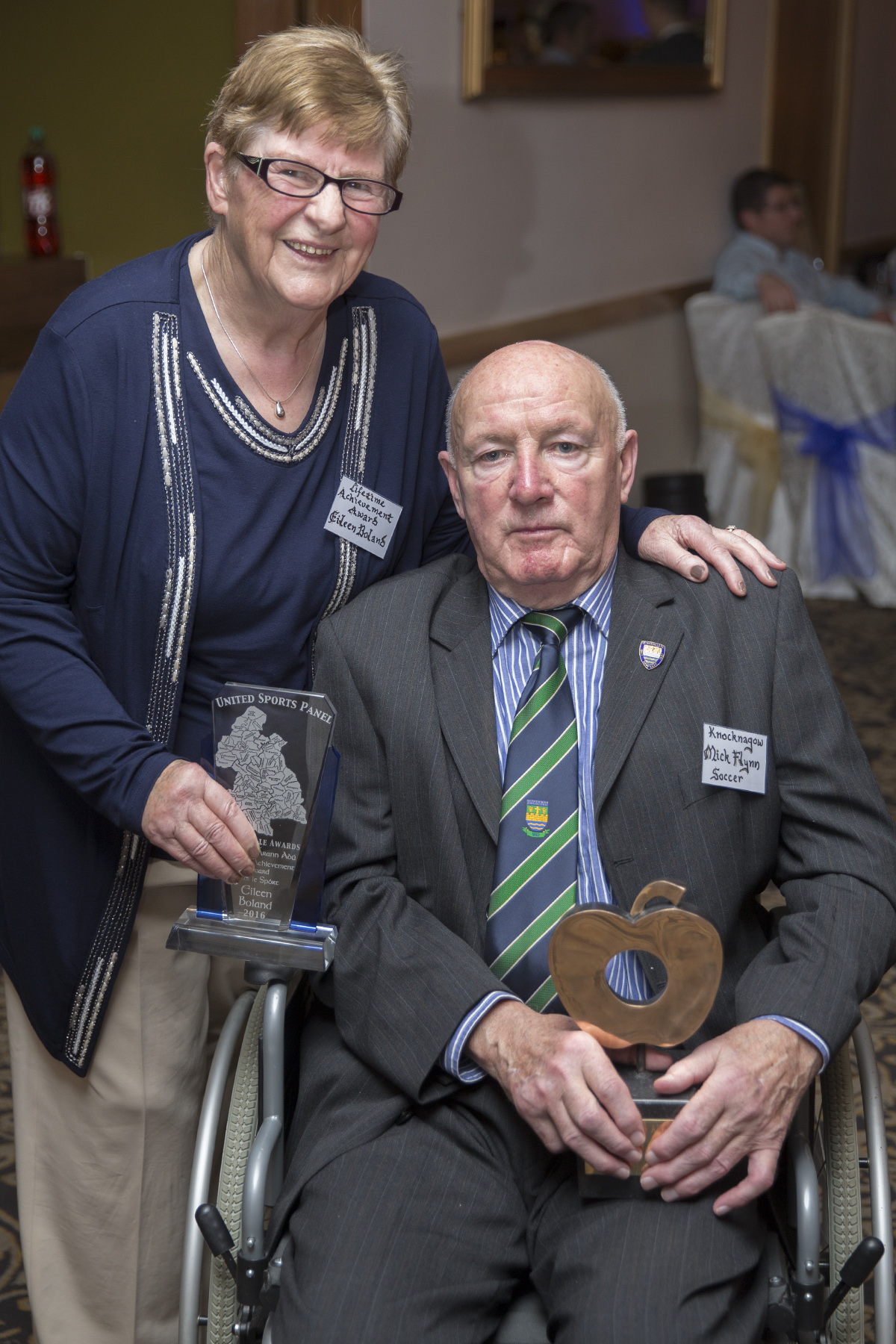