From Upperchurch to NYC for Tipperary Bears 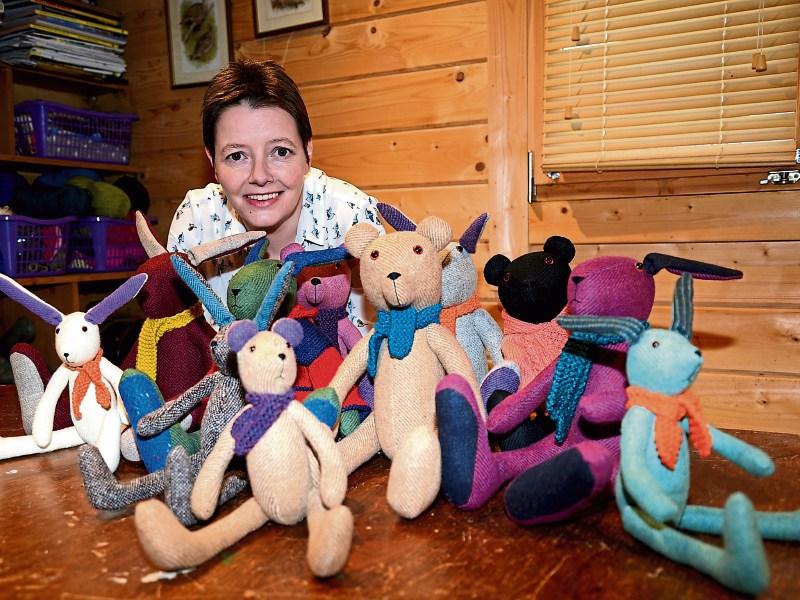 A unique gift idea has grown into an international business for Upperchurch based Edel Grace whose custom made teddy bears are set to take New York by storm, writes Niamh Dillon.

While scanning through old family photographs, a much loved teddy bear belonging to Edel Grace's mother caught her eye.

Unfortunately the cuddly toy in question had long been misplaced following a house move and eleven children later however a determined Edel decided to drag out her sewing machine to recreate the childhood bear in the run up to her mam's birthday.

"It was my mother's favourite toy but it got lost somewhere over the years and I decided to make another version of it for her birthday. She absolutely loved it and the reaction from family and friends was so positive I felt I was onto something good," explains Edel from her studio in Upperchurch.

But while Edel, who grew up in Tipperary town where her father worked as a shoemaker for 20 years, proclaims she “couldn't draw a straight line with a ruler” in school, she feels she was always drawn to do something creative.

After studying   English , German  and Anthropology in Maynooth, Edel went on to pursue a career in Hotel Management for a few years before taking up a job in administration with a medical devices company until 2010.

“I suppose I was always creatively inclined but in the 1980's it never realistically seemed an option so I went off to college but I always felt I wanted to start something of my own,” she explains.

And so in 2013 Edel sat down behind her sewing machine and attempted her first ever Tipperary Bear for her business Pieces of Great.

Soon after requests for specially commissioned bears and teddies started flying in and a chance encounter with Dervla O'Connor from Galway shop My Shop Granny Likes It resulted in Edel's first stockist.

And as the Tipperary Bear grew in popularity, so too came the more elaborate requests. "I was commissioned to create a bear for a former tour guide and let's just say there was a lot of trial and errors before I got it right. Finding a suitable fabric to act as hair was quite the challenge," she hoots.

Good base materials have been central to the success of Pieces of Great bears with all fabric sourced from   John Hanly & Co Ltd in Nenagh while buttons, wool and fastenings are purchased from Crafty Sew & Sew in Templemore and Tangled Yarns in Clonmel.

Last month Pieces of Great received a Highly Commended award for emerging Irish Design businesses at the annual Showcase exhibition in the RDS as well as attracting 20 new stockists including a store in New York. "It's great, I'm like Shaws- almost nationwide. I think I'll need a bigger white board to keep track of my orders though," says Edel who hand cuts, sews  and stuffs each bear at Teddy HQ at her Upperchurch home.

"I'm sure some people were thinking 'what do you mean your going to make teddies for a living' but my parents and husband were great. In fact my mothers first reaction was 'great I'll knit them some jumpers', she says  of the  cute multicoloured cardigans modeled by each bear which are entirely hand knit by her mother.

“A friends son  referred to me lately as the 'teddy bear lady' and I thought well now that's quite an acceptable profession. I'm quite happy with that title,” she says. 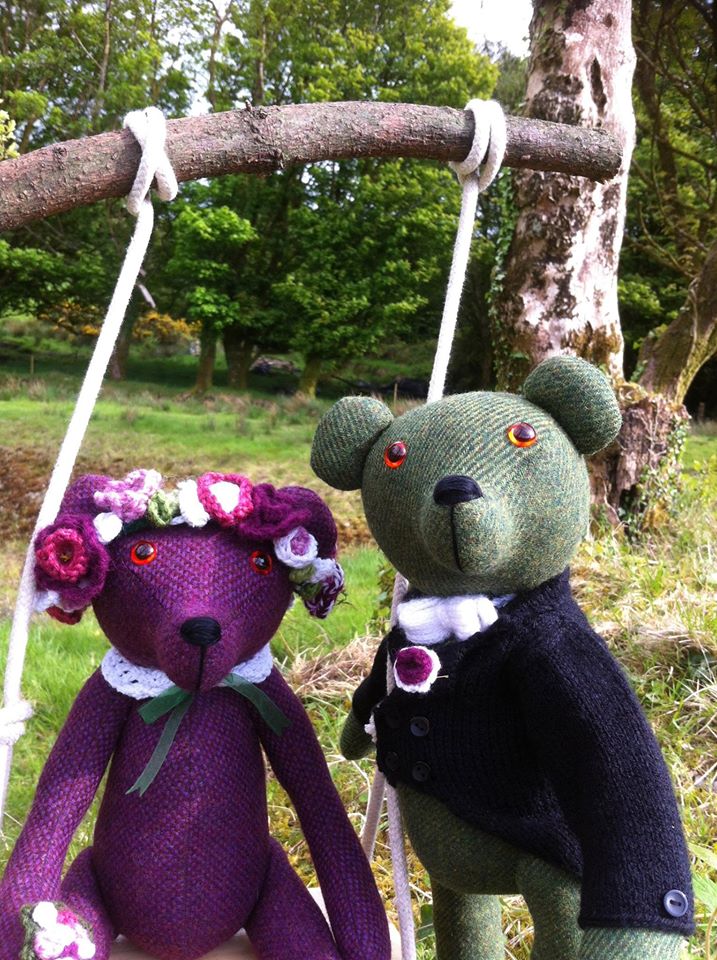