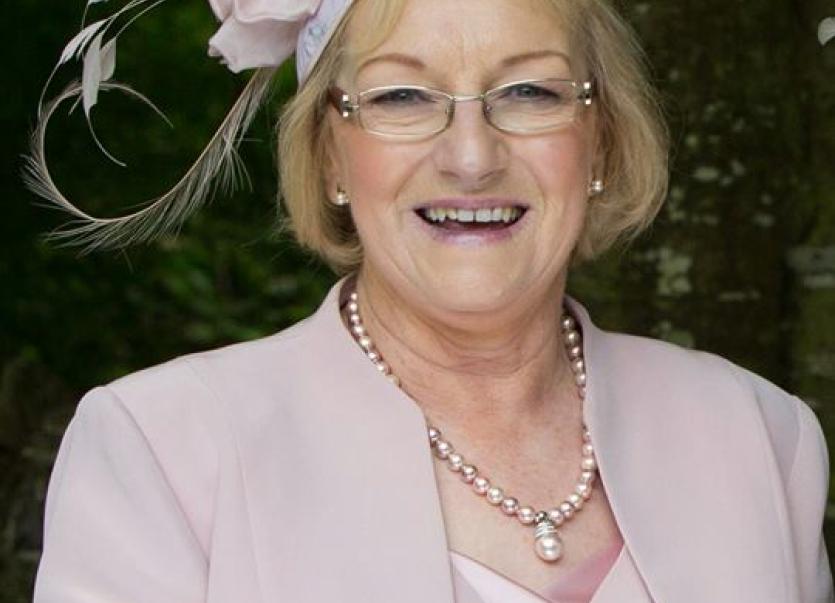 The town of Thurles was in deep shock today, Friday, following news of the sudden death of  Rose Moloney, Killinan, in the loving care of the staff of South Tipperary General Hospital.
Née Sheedy, Rose was a native of Bruree, Limerick, but made her home in Thurles many years ago with her husband, Larry, a bank official.
Larry was a member of the famed Munster team who defeated the All-Blacks on the 31st October 1978 in Thomond Park, Limerick. It was the first time that the New Zealanders had been beaten on Irish soil and Munster were feted by the country as they made history.
Rose immersed herself in life in the Cathedral Town and became a very valued member of Thurles Golf Club. Serving as Lady Captain in 2006, she was also a member of many victorious teams. A determined player, she gave everything to the teams on which she played and she brought many accolades to the Club.
Larry and their daughter Roselyn have also played on many winning Thurles Golf Club teams and are highly regarded by members of the Club.
Rose also enjoyed bridge and played just a day before she became ill.
News on Wednesday evening that she was gravely ill was greeted with disbelief by her many friends in the town.
She passed away on Thursday to the inexpressible grief of her husband Larry, daughters Laura (Oksendahl), Roselyn (Grufferty) and son Shane.
She was predeceased by her father Jimmy and brother John.
She was also cherished grandmother to Kian, Ronan and Ella and is deeply regretted by her sons-in-law Leif and James, Shane's fiancee Natalie, sister-in-law Mary, brothers-in-law John and Michael, nephews James and Owen, niece Elizabeth, grandnephew Jamie, grandniece Leah, relatives, neighbours and friends.
May She Rest In Peace.

Funeral arrangements:
Reposing at Hugh Ryans Funeral Home, Slievenamon Road, Thurles on Sunday 12th February, from 5.00pm to 7.30pm. Arriving at the Cathedral of the Assumption, Thurles at 8.00pm. Requiem Mass on Monday 13th February at 11.00am, followed by burial in St Patrick's Cemetery, Thurles. House private on Saturday.