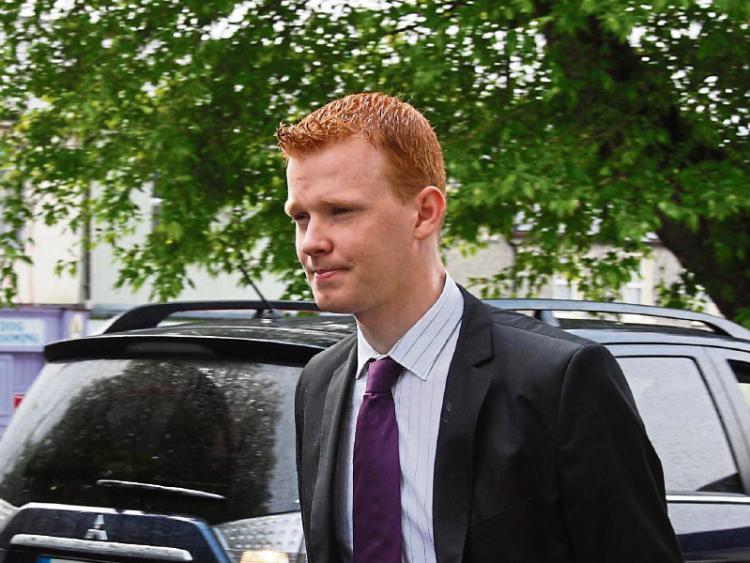 An off-duty Garda has been found guilty by Nenagh Court of assaulting two women, causing them harm.

Brian Hanrahan of Ballintotty, Dublin Road, Nenagh, had pleaded not guilty at an earlier court to assaulting Emer Kelly and Aisling King at Lisbunny, Nenagh, on March 6, 2016.

Judge Elizabeth MacGrath had adjourned her verdict from the February 3 court to this Friday, February 10.

The earlier court had heard that Mr Hanrahan had agreed to pay Ms King €15 for a lift home from Nenagh after he failed to find a taxi. Ms King had been out with two friends, Emer Kelly and Ellen Nyhill and she had parked her car outside Supermacs, Pearse Street, Nenagh.

At around 4.20am, Mr Hanrahan had approached them looking for a lift and after initially refusing his request, agreed to drop him home for €15. He had been out socialising and had drank about six pints.  There had been tension in the car and Mr Hanrahan had been asked to leave the vehicle outside Lisbunny graveyard. Ms Kelly, who had consumed a bottle of wine in the car earlier, got out and asked him for the money, and, the court heard, he had attacked her by pulling her hair, punching her with his closed fist and kicking her. Ms Kelly's tooth was loosened in the assault.

Ms King had stated that when she had gone to her friend's aid, Mr Hanrahan had assaulted her.

The assaults were witnessed by Ms Nyhill and a passing security man, Eddie Ryan, had told the court he had observed Mr Hanrahan pulling a woman by the hair and had turned his car around to come back to the scene, by which time Mr Hanrahan had left.

Mr Hanrahan had pleaded self-defence, claiming he had been attacked by Ms Kelly and had hit her "hard enough to stop her". He said he had pushed Ms King from his shoulder height. He did not deny hitting either women but claimed it was in self-defence.

However, Judge Elizabeth MacGrath this Friday said that the court was being asked to believe that the three women had been lying to support each other, and while she was not closed to the principle that people would lie in court she was satisfied the prosecution had proved its case and Mr Hanrahan was guilty.

Judge MacGrath noted that Mr Hanrahan had phoned the Gardai from Lisbunny saying he had been assaulted, claiming that there were "six or eight of them and I fought them all off". He had described them as a "crowd of f***ing psychopaths".

She said his account was not accurate of what had gone on.

The court heard the victim impact reports from both women, which were read out by Sgt David Buckley.

Ms King said she was now afraid to drive in her car on her own and wanted to get rid of her car. She was having trouble sleeping before and after the court case.

She used to have respect for the Gardai but now she was fearful of them.

Ms Kelly said the the case was on her mind every day and it had affected her sleep. She couldn't believe a Garda could do what Mr Hanrahan had done as the Gardai were supposed to be there to help us.

She was at the loss of €510 for dental treatment to date.

Mr Hanrahan's solicitor, Dan O'Gorman, said his client would have to think seriously about his behaviour on the night and his future.

Judge MacGrath adjourned sentencing to April 27 for a probation report and a psychological report.