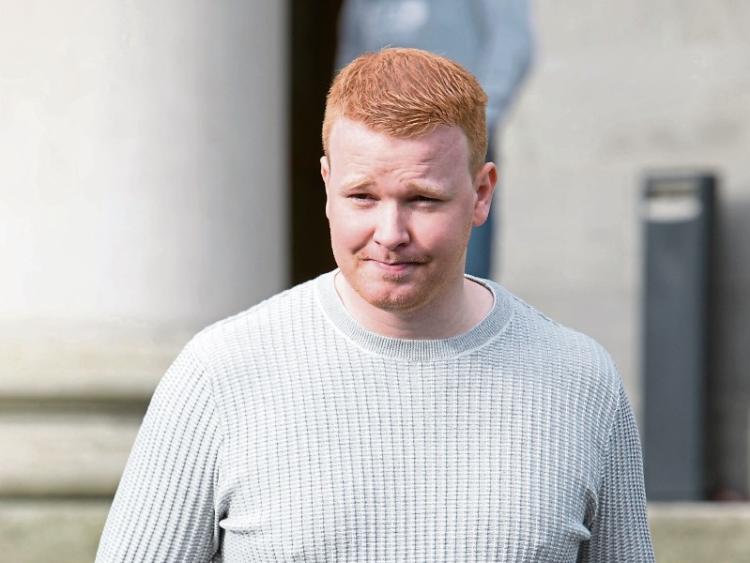 A garda has been found guilty of assaulting two women and causing them harm after an argument broke out over a €15 fee for a lift home following a night out.

Brian Hanrahan (34) of Ballintotty, Nenagh, Co Tipperary, denied the two charges against him which involved punching and kicking one woman and hitting another, but was found guilty on both counts by Judge Elizabeth MacGrath at Nenagh district court.

The two victims and their families gasped, hugged each other and wept when the judge gave her verdict while Mr Hanrahan briefly bowed his head.

Judge MacGrath adjourned sentence until April 27 to allow for the preparation of a probation report and psychological report on Mr Hanrahan. She said his attitude on the night of the assaults gave “rise to concern” and meant a psychological report would be of assistance when it came to deciding the penalty.

The court was told last week that Garda Hanrahan hit the two young women, Emer Kelly and Aisling King, after an argument broke out near Lisbunny graveyard at about 4am in the morning on March 6 of last year.

Brian Hanrahan was off duty at the time and claimed he had acted in self-defence because one of the women “launched herself” at him because she wanted €50 for the lift home.

Mr Hanrahan was shot in the back and the leg during a botched robbery at an ATM machine while he was on holiday in New Orleans, USA, in 2015. He had to undergo emergency surgery before recovering in hospital and then being allowed travel home to Ireland, where he resumed garda duty in Limerick.

He told Nenagh district court that, after what happened to him in the United States, the last thing he wanted was “an altercation of any description”.

Judge MacGrath found the ingredients of assault causing harm under section three of the Offences Against the Person Act were present, that an assault did take place and that harm was caused to both women.

She said that she had to then decide if the three main prosecution witnesses - the two injured parties and another woman in the car - were lying. She was conscious of the phrase used by the late Lord Denning of the “appalling vista,” she said.

She said she had to find that Mr Hanrahan’s account on the night in question, of a 999 call he made after the incident in which he said there were “six or eight of them” and “they’re a f..king crowd of psychopaths” was “not an accurate account of what went on”.

Having reviewed all of the evidence, she said she was satisfied beyond reasonable doubt that Mr Hanrahan was guilty of the two charges against him.

The defence immediately gave notice of intention to appeal the verdict, when Mr Hanrahan’s solicitor Daniel O’Gorman asked the judge to fix recognaisances. The judge said she couldn’t do so until sentence had been passed.

He has no previous convictions and is married with two children, aged six months and three years respectively.

The accused had been socialising in Nenagh on March 6 and was looking for a lift in the town square when he approached three young women and agreed to pay them €15 to €20 to drive him home.

One of the women, Emer Kelly, told the court last week that Mr Hanrahan became “very rude” in the car, describing Nenagh as “a shit hole” and was talking about fighting people. He told them he would “kill anyone” who took him on, when they joked that the men from Nenagh wouldn’t like him talking in that way about the town.

They stopped outside a cemetery and asked him to get out of the car, Emer Kelly said, and when she asked him for the money after they got out, “he pulled my hair and beat me to the ground” and “kicked me in the face while I was on the ground”. She said Brian Hanrahan “kicked or punched me about six or eight times” and “beat me to a pulp”.

She sustained damage to her teeth during the incident, she said, which cost €510 to repair. “I was absolutely terrified,” Ms Kelly told the court. “I tried to get away but he kept following me and beating me.”

She denied a claim by the defence that she had attacked Mr Kelly because she wanted extra money for the lift.

The second injured party, Aisling King, said Brian Hanrahan hit her twice in the face when she saw what was going on and asked him to stop.

The court heard that Mr Hanrahan himself called 999 and said “they tried to have a go at me and I fought them off”.

The accused told the court that he did everything he could to stop the confrontation and wasn’t trying to hurt Emer Kelly. “I was trying to stop her. I couldn't get away from

her… I am sorry she sustained an injury - but if I am attacked I am going to defend myself.”

In a victim impact statement read out yesterday by Sergeant David Buckley, Emer Kelly said she has had trouble sleeping. “I couldn’t believe a guard could do this to me. The guards are meant to be there to help.” She said that listening to Brian Hanrahan’s evidence last week, in which he claimed she had attacked him, “really hurt me”.

Aisling King said in her victim impact statement said she now has a “fear of guards” after what happened on the night. “I had a respect for them, but now I have a fear of them. This incident has had a big impact on my life.”