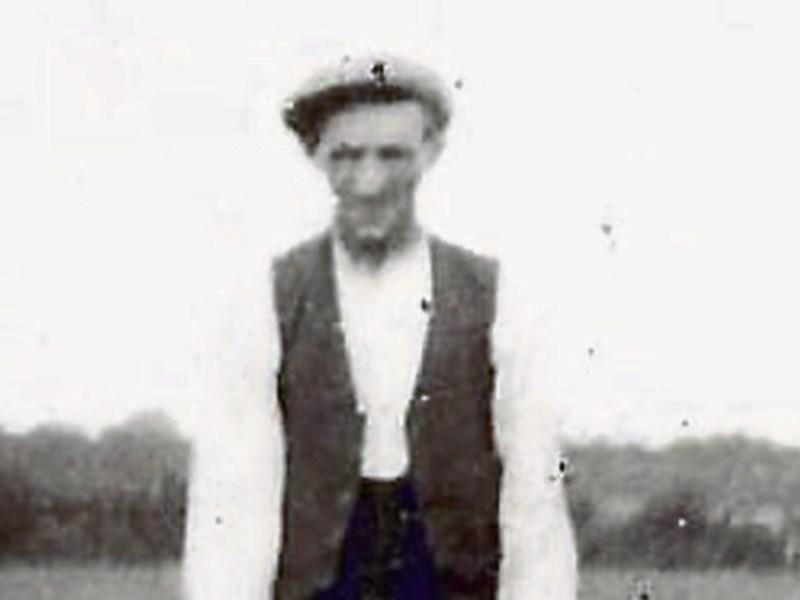 Toomevara author Brendan Lynch has lent his support to the campaign to return the remains of wrongly executed Harry Gleeson to his native Holycross.

Mr Gleeson aged 38, a popular hurler and fiddle player, was executed in Mountjoy in April 1941, after being convicted of the New Inn murder of mother of seven, Mary McCarthy.

“Gleeson’s judicial murder was an appalling miscarriage of justice”.

Mr Lynch said that Minister Fitzgerald had advised him that there have been difficulties in pinpointing Harry Gleeson’s Mountjoy grave.

“She has assured me that every effort is being made to recover his remains and release them to the Gleeson family for a final proper burial in his native Holycross,” said Mr Lynch.

The author said that the perpetrators of two murders may, sadly, have escaped but it will be some comfort to Mr Gleeson’s family and supporters to see him finally back at rest in his native Tipperary.

“Great credit is also due to authors Marcus Bourke and Kieron Fagan for exposing the miscarriage of justice,” he siad.

And he praised two brave locals who defied the intimidation. Billy O’Connor who hand-typed a pamphlet on the event and rare practical Christian, Legion of Mary lady Anna Cooney, who arranged for the impoverished Ms McCarthy to be buried in her family plot.