Former Clonmel Arms Hotel has been sold by NAMA 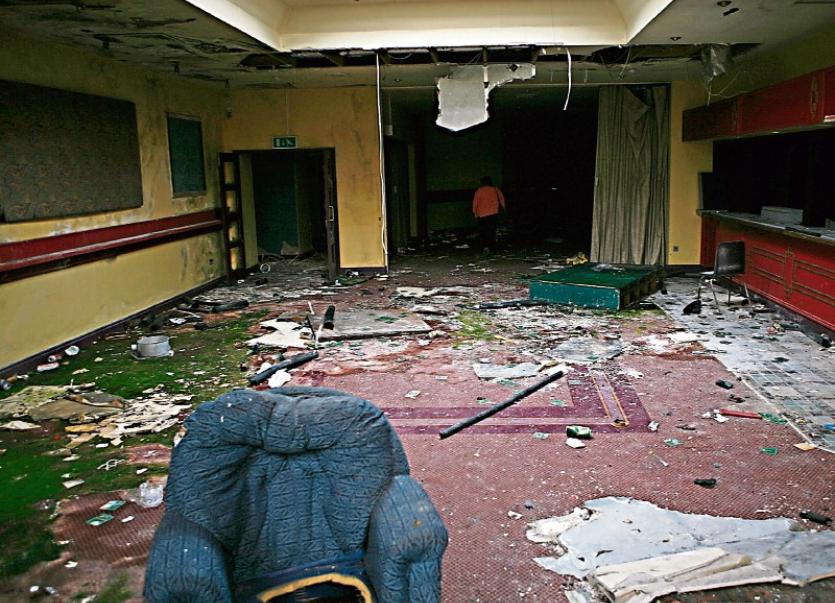 The vandalised interior of the former Clonmel Arms Hotel, which has recently been sold by NAMA.

The former Clonmel Arms Hotel has been sold by NAMA.

The identity of the new owners isn't known, although there's some speculation that it has been bought by a holding company with the intention of re-selling it to developers.

He described it as a positive development that it had been moved on and that there was interest in the site.

"There is movement but it's a work in progress", he stated.

The condition of the Sarsfield Street site has been a source of concern for council members and officials, as well as the people of the town, for some time now, amid claims that the empty and dilapidated building was being used as a drink and drugs den.

In December Paul Murray told the council meeting that the sole access point to the interior of the building had been closed off and its facade had been cleaned.

Last October Clonmel woman Annemarie Channon made a heartfelt plea for the vandalised building, where her brother had died earlier that year, to be made safe and secure to stop others from entering and using it as a drinks and drugs den.

The body of Christopher Channon, a 43 year-old homeless heroin addict who also suffered from mental health problems and had only been released from prison a few weeks before his death, was discovered by Gardaí in the former hotel on May 3rd of last year.

The hotel closed just over eleven years ago and since then it has gradually fallen into a state of disrepair. It was placed on the market almost a year and-a-half ago, with a guide price of €500,000, but was subsequently withdrawn from sale.

The town centre building has planning permission - which has been extended until 2019 - for a 450 space multi-storey car park, medical centre, offices and retail space.